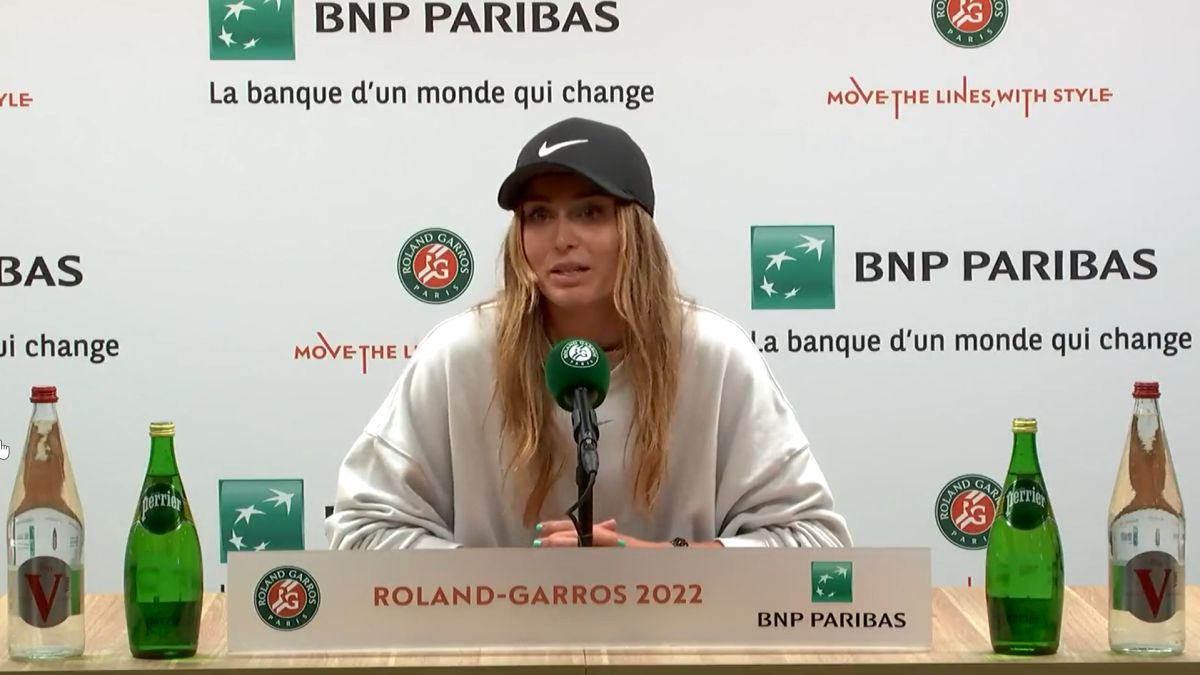 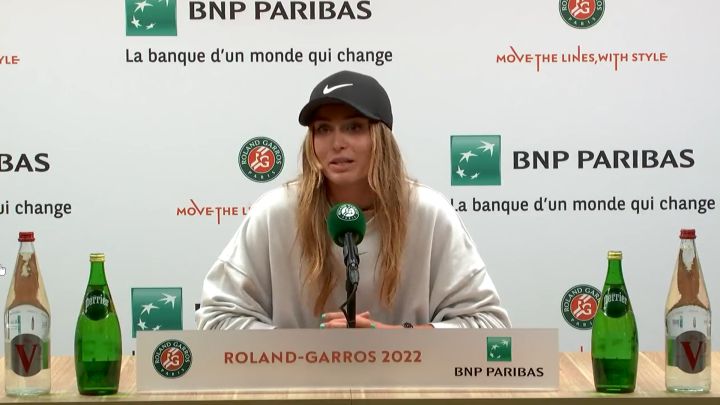 Smiling and with a light that counteracts the gray and rainy day in Paris, Paula Badosa is one of the six top players who attend the press in the main interview room of the impressive Roland Garros media center. She seems more relaxed and with better feelings than before arriving at the tournament, although she still feels the pressure that has caused her to rise to one of the top positions in the world ranking. And against that she fights.

Return to Paris: “I’m excited to be back here in Paris. As I always say, it’s a very special tournament, I have very good memories of it here. I’m really looking forward to starting.”

Change in your career: “I played my first Grand Slam as a seed here, and I remember being super excited about it. A lot of things have changed in the last year. A lot of new things, experience, challenges. I’m in a different position right now and trying to learn about it and also enjoy where I am”.

Preparation in Australia and Roland Garros: “I remember that there I said I was tired, but I liked it because I had many games behind me. Here it is completely different (smiling). It is also a challenge and a new experience that I will have to handle and handle. I feel good playing on clay Maybe I didn’t play as many games as expected, but still, I think the most important thing is to stay as calm as I can and try to manage my nerves as best as possible to stay motivated and see how it goes.”

Expectations and favoritism: “I think a lot has happened to me these last few weeks. Of course I’ve had expectations since the beginning of the year, because I’m a top-10 player. So there are always expectations. But I think it’s a bit of everything, too many games, playing at home (Madrid) was not easy. Sometimes, too many things, too many games, I was a bit like collapsed, and I was not so fresh mentally. Having done well in that tournament, you feel more pressure and that the press and the people They say what’s going on? Why are you losing games? So that doesn’t help either. It’s a difficult situation that I’m learning. I get a little scared, and I feel like that’s a little big for me. Sometimes I’m handling it well, so there’s a lot of emotions in me right now, and different tournaments. I’m trying, it’s what I’m working on, to feel free on the track and try to raise my level the. I think when I feel free and feel that calm, of course I will be nervous, but I will be competitive.”

Exit social networks: “Yes, because for that reason I felt so much pressure. I consider that I lost these last two weeks in the first rounds, but they were very tough players. So it could be an option that I lose against these types of rivals. Maybe the press, especially at home , it was very hard in that case, because what I’m trying to do is just do my job well and give my 100% every day. And of course I’m the first one who doesn’t want to lose and I’m already hard on myself, so I don’t need this type of additional comments on networks, because it doesn’t help my confidence either. I’m not a robot. So this type of stuff, I decide not to read it anymore. So I’m sorry if someone is tagging me on Twitter or Instagram, because I’m not seeing it. But jokes aside. Yes, I think it was the first step to protect myself.

Public: “I guess that’s useful and it’s amazing to have the fans back on the court, the atmosphere, the energy they give. I think the players already feel it and it’s very nice. Especially in my opinion, in my case, I like it. playing with the fans, and feeling that energy. Here, I came as a fan years ago when I was a little girl, so it’s always been special. I always felt that love from them, and I think they help you to act. Like in difficult times You feel that there are people supporting you, you feel their words and their energy. I think it’s very good to have the fans back and it also means that we’re back to normal little by little, and it’s very good news.”

As a child at Roland Garros: “I was 10 years old when I came. I came to see Rafa, to be honest, because I’m a big fan. He was my idol. But I watched almost every match. I’m still a tennis fan, because I love watching matches. I’ve been watching some of the previous one, because I really enjoy the sport. I really like to see new players, different and with different levels. I really enjoy it”.

Paris and the start of the tournament: “I hope something changes. But I already feel different, calmer already coming into the tournament, so maybe it’s a reset. My team is helping me with that too. I like the track, so that helps. About the city , I’ve been coming to Paris a lot. It’s very close to the city where I grew up, and with my family some weekends I would come and everything, so I really like it and enjoy it. During tournaments, maybe I don’t have as much time, but for a walk or for a disconnection, I like it, because it is a very beautiful city”.