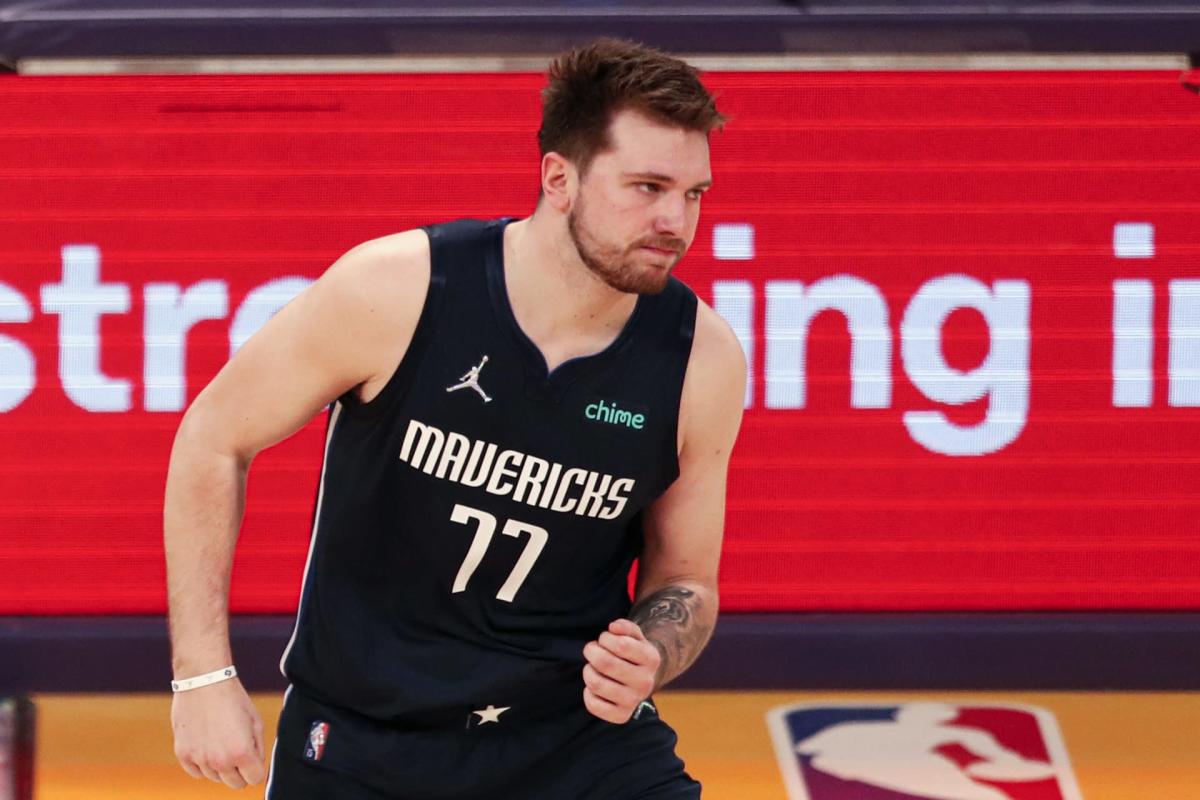 Sports Writing, March 8 (EFE).- The Mavericks beat the Jazz 111-103, threatening fourth place for Utah in the Western Conference, with another outstanding performance by Luka Doncić that left him at the gates of a triple double.

Doncic scored 35 points, 16 rebounds and 7 assists, in addition to stealing 3 balls and placing 1 block, and on two occasions he had more than words with the Jazz star, the French center Rudy Gobertwith whom he has already starred in several incidents.

After the match, Doncic tried to de-dramatize his brushes with the Frenchman and told the media with a smile that the match had been “another day at the office”.

The Slovenian base was the top scorer of his team, in which they also stood out Spencer Dinwiddiewith 23 points, and Dorian Finney-Smithwith 21.

For the Jazz, the top scorer was Bojan Bogdanovic, with 21 points, while jordan clarksonfrom the bench, scored 19. For his part, Gobert finished the match with a double double of 12 points and 13 rebounds, in addition to 3 blocks.

The game was very physical, with continuous friction and bumps. Not surprisingly, the Mavericks and Jazz are fighting for fourth place in the Western Conference. Those from Utah entered the game in fourth place, with 40 wins and 23 losses while those from Dallas had 39 and 25, respectively.

In addition, the locals came with the run of four consecutive victories and after winning seven of the last eight games with an unstoppable Doncic who is counting on Dinwiddie as a squire since he arrived last month after the transfer of Kristaps Porzingis.

Those numbers have made the Mavericks one of the best-performing teams in the league, with 10 wins and 3 losses, since the start of February.

In front, the Jazz stood at the American Airlines Center in Dallas with a Bogdanovic who made 11 three-pointers on Sunday, the record for a Jazz player, and who finished against the Oklahoma City Thunder with 35 points.

Doncic, who did not play Saturday against the Sacramento Kings due to problems with his left foot, came out motivated. The Slovenian was in charge of moving and distributing the game generously in attack and in the first three minutes of the game he provided Dwight Powell two assists for the tall man of the Mav’s crush the hoop

In the Jazz, the points Donovan Mitchell and Bogdanovic were the ones who kept Utah close on the scoreboard for the first five minutes. But two consecutive 3-pointers, one by Finney-Smith and another by Doncic, coupled with two errors by Mitchell and a technical to Gobert, allowed the Mavs to pull away 17-9.

Bogdanovic’s effort allowed the Jazz to close the gap but the entry of explosive Josh Green replaced a subdued Reggie Bullockallowed the Mavericks to put ground through the middle again.

When the first quarter ended, the scoreboard indicated a 30-24 for Dallas with 16 points for Doncic and 10 for Bogdanovic.

In the second quarter, with Doncic on the bench, Dinwiddie took over scoring responsibility along with Finney-Smith while Green unbalanced the Jazz defense with his explosive quickness.

Quin Snyder, the coach of the Jazz, was trying to find the solution first with a timeout and the substitution of four players when the score indicated a 43-30 for the Mavericks. Four minutes later Snyder was forced to call another timeout to put him back together when the lead increased to 15 points, 53-38.

ROCES BETWEEN DONCIC AND GOBERT

When the break came, the locals were leading by 11 points, 60-49. It was just after the buzzer at the end of the first half, when the first brush between Doncic and Gobert occurred, when the French center threw the ball to the Slovenian.

Doncic, who was already on his way to the locker room, returned the ball to him and had to be held by players and the technical team so that the incident would not escalate. But he earned a technique.

The third quarter began with a 0-7 run for the visitors that left the score at 63-57 three minutes after the restart.

But Utah’s reaction was cut short by four straight 3-pointers in which Bullock, Doncic and Dinwiddie paired with the Jazz’s tall men to score from long range.

With Doncic back at full strength on offense and defense, the third quarter ended with the Mavs up 17 points, 85-68.

In the fourth quarter, the Jazz pressed to close the gap. Bogdanovic, who had scored 11 triples the previous game, tried to break the Dallas defense with several triples, but without success. Gobert and Clarkson also tried it from the paint.

And although the visitors closed the gap, which had reached 20 points in the final moments of the third quarter, the effort was insufficient and the Mavericks took the game 111-103.