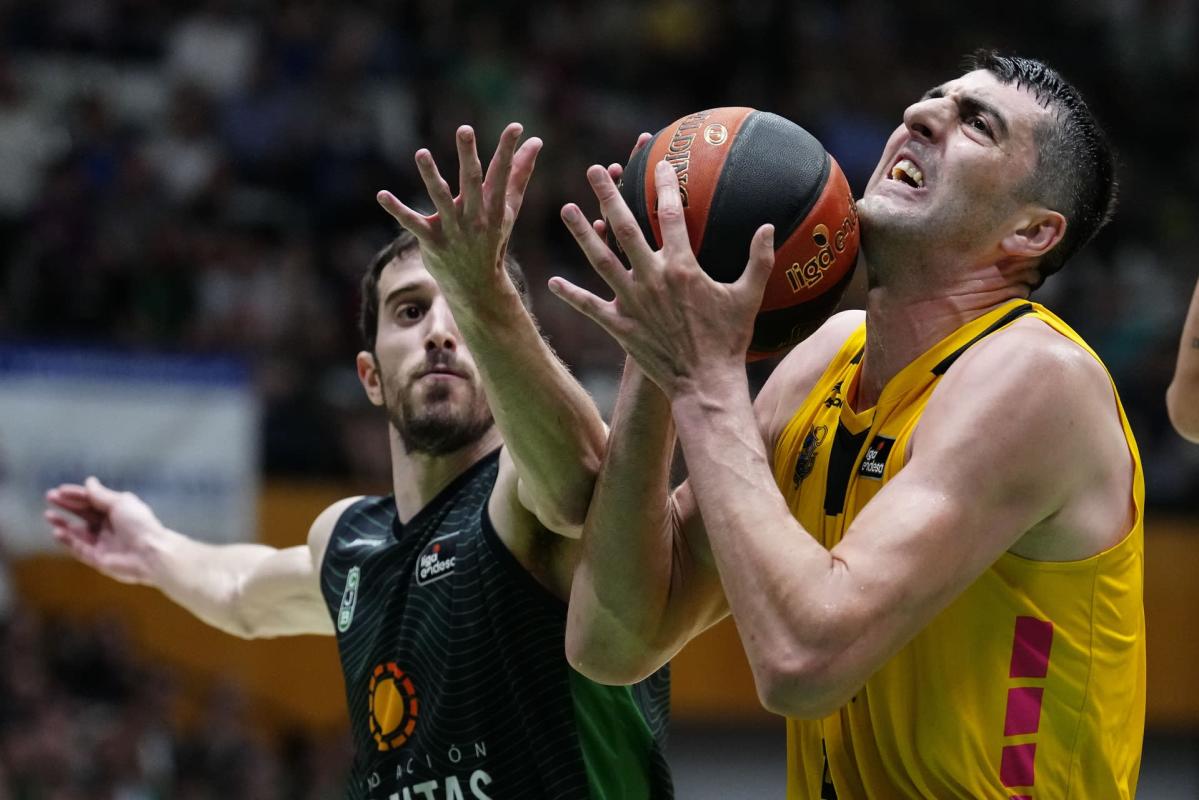 Badalona (Barcelona), May 26 (EFE).- Joventut achieved the first point (100-68) of the quarterfinal tie against Lenovo Tenerife with their best game of the year, which was overwhelmed by the Catalans in the first room and was unable to get up.

The first quarter-final match between Vernegros and Tenerife was decided in a first half in which Penya’s success in the triple was decisive (10 of 16) against a rival that was inferior due to the defensive intensity and success of the Catalans .

Busquets and Parra, with 14 points each, were the most successful in a Penya in which seven players added ten or more points and Pau Ribas, who did not score a single point, deactivated Sasu Salin in another of the keys to the game.

La Penya will have the first chance to qualify for the semifinals of the Endesa League on Sunday in La Laguna, something they haven’t achieved since 2008, although the match will surely take a different path than the first.

Joventut’s first half was perfect and allowed them to go into the break with the match resolved (54-21). His success in the triples (10 of 16) and the defense, especially that of Ribas over Salin, led him to reach a twenty-point advantage (27-7) against a Lenovo Tenerife that could never enter the game.

Txus Vidorreta opted for Guerra to stop Tomic from the start, but the Croatian quickly took the measure of his mark and the success of Parra and Feliz in the triple opened the first gap (19-5, min. 7).

Durán played a lot of minutes with two guards on the court and Feliz, Vives and Bassas were all three for the first time in many months at a great level. Two triples by Vives and another by Bassas put the 30-point lead (41-11, min. 15) in an Olímpic crazy with the game of his team.

The black-and-green pivots became strong under their rim -Shermadini only scored two points- and that created the perfect cocktail to continue dominating the game even when Suleijmanovic led a timid reaction from Tenerife (41-16, min. 16).

Albert Ventura joined the three-point festival with two baskets in the final stretch of the second quarter and, together with Derek Willis, led the Catalans to their maximum advantage coinciding with the break (54-21).

La Penya extended his lead to 37 points with two baskets by Parra after the break (58-21, min. 22). Lenovo Tenerife was never able to match the physical level of the local pivots and was also unable to increase its success in triple, so it was impossible for it to get below thirty points.

Quite the contrary in Penya, who maintained their defensive level at all times to reach a 39-point lead (73-34) after two free throws by Birgander.

The last quarter was a procedure that had to be fulfilled. Lenovo Tenerife reduced the difference to 30 points (79-49) with points from Doornekamp and Guerra, but both teams had their minds set on the second game in three days.

Incidents: first match of the quarterfinals of the playoffs for the Endesa League title played at the Palau Olímpic before 8,287 spectators.