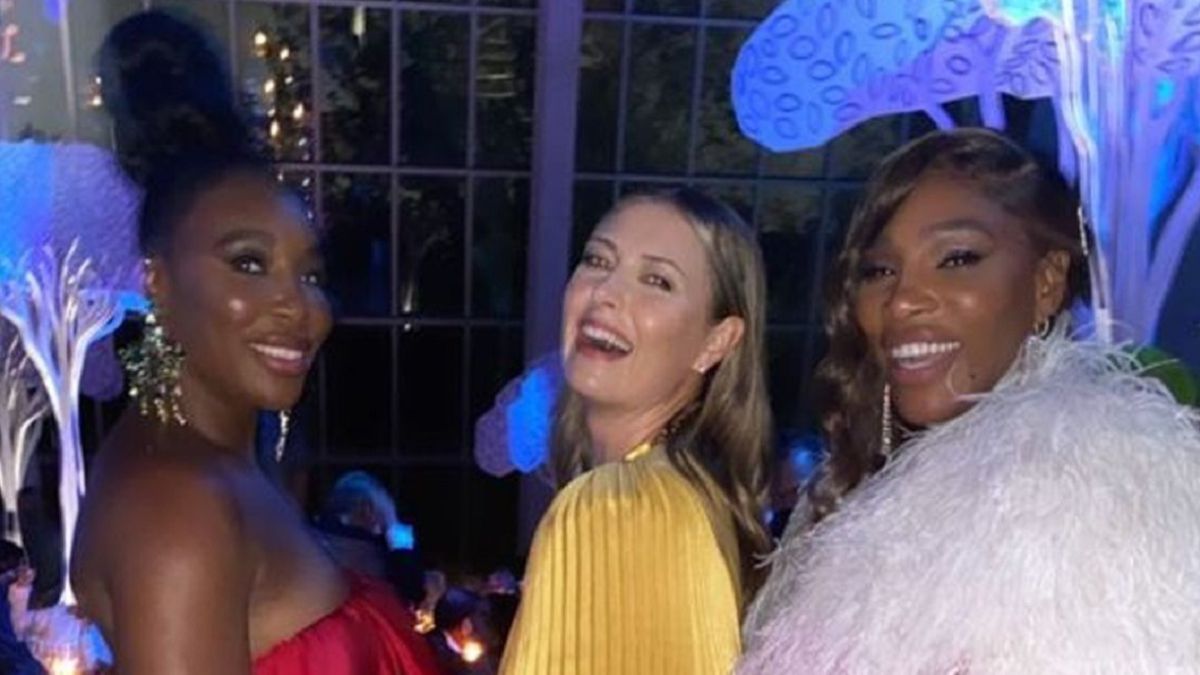 The MET gala that was held this week in New York left us an iconic image in the world of tennis. A photograph in which we could see Serena Williams, Venus Williams and Maria Sharapova together at the gala and posing smiling despite the rivalry that both tennis players have maintained throughout their sports careers.

The image also served to remind lThe confession that Sharapova herself made about Serena Williams after the publication of her autobiography ‘Unstoppable’ in 2017 and where she revealed the reasons why, according to her, Serena hated her since the 2004 Wimbledon final. “I heard on the way to my locker room that Serena Williams was crying. They were guttural sobs. I got out of there as fast as I could, but she knew I was there. I think Serena hated me because I was the skinny girl who beat her against all odds. I think she hated me for seeing her at her lowest point. But I think she hates me more for hearing her cry. She will never forget me for it. “

A few words that Serena herself wanted to downplay in 2018: “I don’t have any negative feelings towards her, but it was a bit disappointing see that rumor in his book. I think negativity is taught and I think that as women we should help each other. “

However, it was not until this week after the famous photo at the MET gala that Venus williams put an end to the controversy with this confession made through his Instagram account: “First of all, Serena and I went to talk to Maria the day before the MET. We were like, ‘Gosh, we wish Maria was still playing ‘. And we saw her and talked to her separately. ‘My God, we were talking about you yesterday, we wish you were still on the circuit.’ We were very happy to see each other. We hugged, laughed, retrieved stories and took photos. So the story is that, although we tennis players competed very hard on the court for years, we respect and love each other, and we love Maria. “