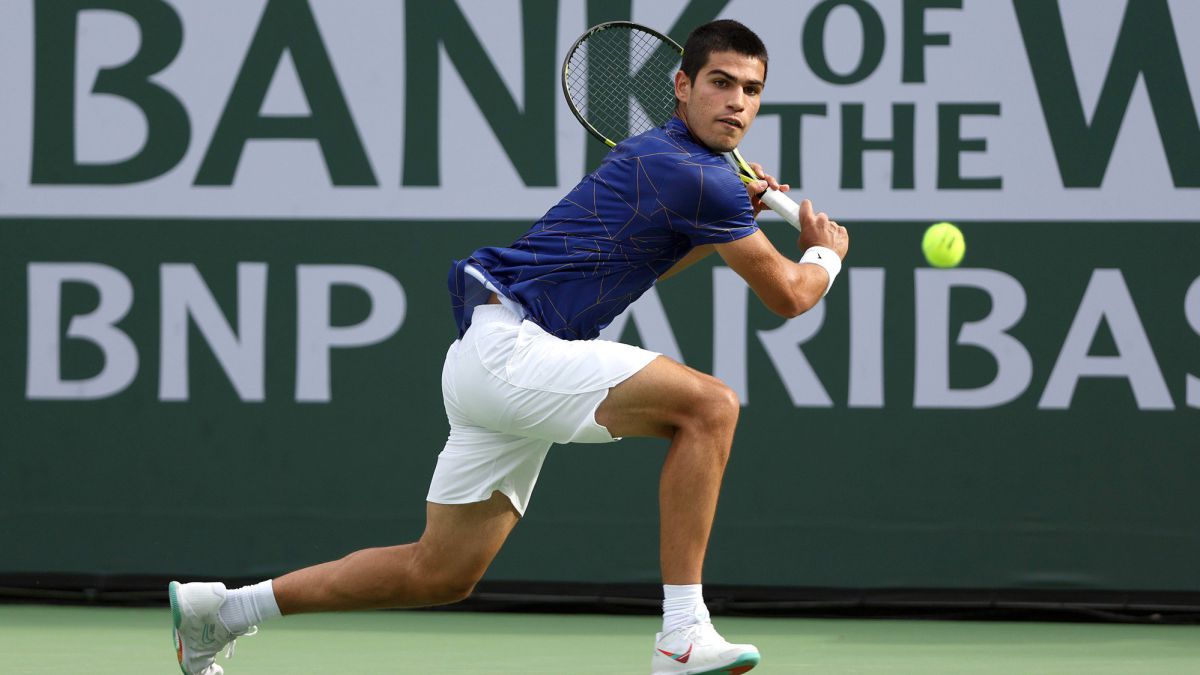 With the logical disappointment for not having been able to beat Rafa Nadal in the semifinals of Indian Wells, Caros Alcaraz He listened to the media and smiled to answer the questions in an English that improves along with his game.

Conclusions: “It was a tough match. But I was playing against Rafa. I think it was an even match. I’m leaving the tournament happy. I left the court happy with the level, with the performance. The first time we met he destroyed me. This time we played three sets. I’m closer and really happy.”

Conditions and environment: “The conditions were tough. In the second set it was very windy. We survived and I think it was not a normal tennis match that time. The atmosphere was amazing. In the third set we played very good tennis, I think from both sides. In the I should have been calmer in the first set. I played very nervous. I learn from these things. Next time I will play calmer, more relaxed. If you play with Rafa, you have to be calm, you have to think well in difficult moments. That’s what I learned in this game.”

Pressure on Nadal: “I think my level was high. I feel very comfortable on this court. Now I think I am more mature than last year. Now I know how to play against this type of player. I played a lot of matches against great players. For the second time against Rafa. I feel like I’m part of that level. I’m part of this type of player. I think I’m going to play a lot against Rafa or the best this year. This was a different game than the first one. Now I think I’m ready for the others.”

Emotions: “Obviously most of the crowd was with Rafa. But I’m really happy with the crowd. There were a lot of guys behind me, supporting me. That was amazing for me. I knew they were going to cheer for him more, but I was a little surprised that A lot of people cheered me on.”

Learning in 2021: “I think last year was a lot of firsts for me. My first Grand Slam win, first Masters 1000. A lot of firsts. Now I played more matches against top ten players, big matches in big stadiums. I think now I’m more mature. I know how to control my emotions. Now I know what my level is, I know how to play against this type of player. That’s the most important thing, knowing your level and what you have to do”.

funny loss: “Probably (smiling). Yeah, I think a couple of times when I was losing, I smiled a little bit for some points, amazing points from Rafa. I think I enjoyed it. I enjoyed the match even though I lost (smiling).”

Nadal’s volleys: “Those players have great reflexes. In difficult moments he made great points, Rafa’s reflexes were incredible. That’s hard to see.”

Win options: “Yes, of course I believed that I could. I was very, very close. In the third set I had chances to make a break point. Several points that I almost won and that he took. I thought I could beat Rafa in some moments. But as I said yesterday, Rafa has a thousand lives. If he’s wrong, he can play at a great level in difficult moments. But yes, I thought he could win in the third. On the net he told me “great tournament, good luck for the rest of your career.”

Snowshoes and level of English: “On the first question, I think it’s been three or four years since I broke a racket. I just learned to control myself. On the second, in every tournament I travel I practice a little English. There are many people to talk to. I try to do it with the players, with the people around me to improve my English”.