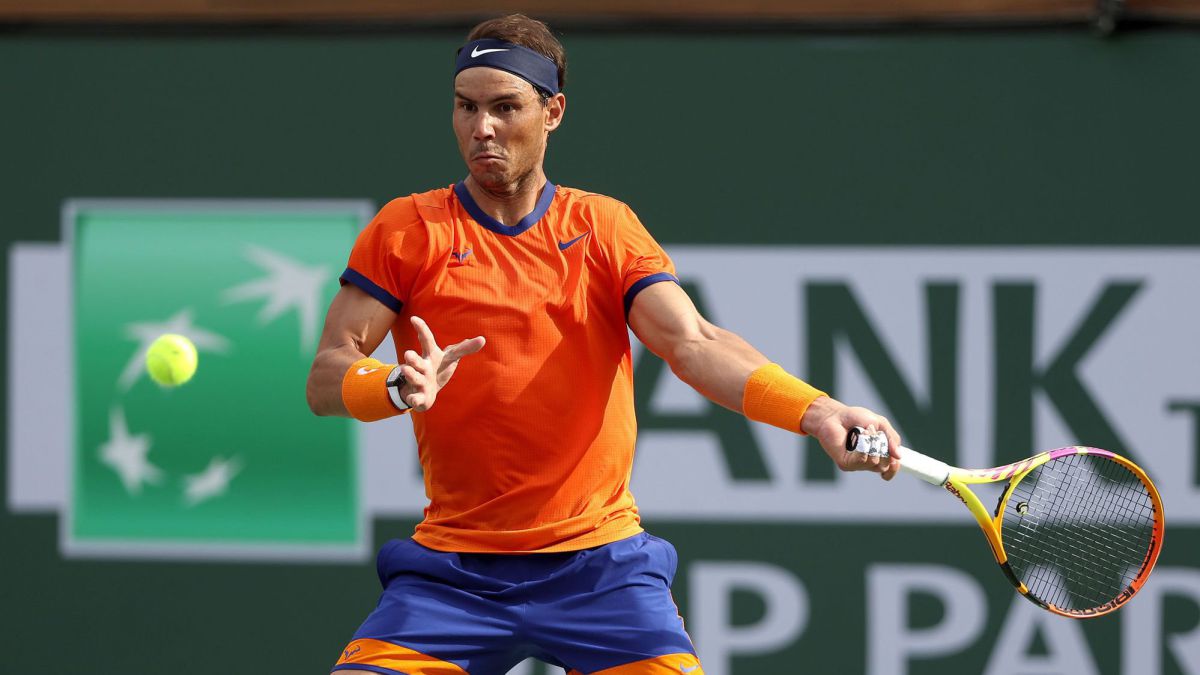 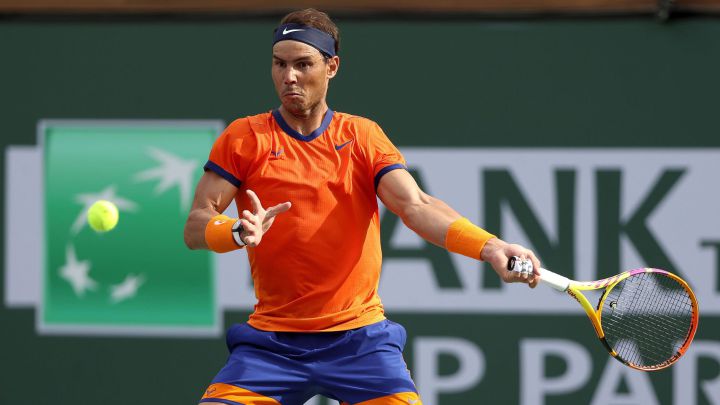 With the full satisfaction that winning Carlos Alcaraz gave him and qualifying for the Indian Wells final for the fifth time, Rafa Nadal He attended the media, fresh despite the more than three hours he played against an opponent he treated like a top-8.

Victory: “It was an entertaining match. I think it was my best match so far in the tournament in terms of level. The only thing is that when the wind came, it was almost unplayable. But before the wind, I think I had a great match. Then in the third I had great determination against a very difficult player to play against. He has a lot of amazing things. He’s super young. It’s an important win for me. To be in the final here again in Indian Wells means a lot. I’m very happy.”

Difference between old and young: “I think Alcaraz has all the shots. He can play very aggressive. He can play defense because he’s super fast. He can defend incredible balls. However, when he plays aggressive it’s hard to stop him because his ball quality is so high. I think he has all the ingredients to become a great champion. I think it was a good match. I treated it like I wasn’t facing a young player. I didn’t come into the match more nervous because I was playing a young player or stuff. I treated it like I was playing against one of the best eight players this year. As for the level, that was my feeling. I watched him play all week and I think his level is top. That’s what I did: I entered the court with the utmost respect, but at the same time treating him like a top player, trying to fight for every point and looking for solutions”.

Possible suspension: “The problem in tennis is that we don’t have a rule for that. There’s no rule for the wind. There’s no rule that says after X miles per hour we have to call off the match. I really enjoy playing in the wind because for me it’s a challenge. It’s like playing golf with a lot of wind. I mean, there are mistakes. The level is not that high. But it’s about trying to find solutions all the time. The only thing I don’t enjoy is when we have to stop all the time because there are some papers, then the net moves, the towel flies. It becomes unplayable for me. Another difficult thing today, in my opinion, was the sand. It was a sandstorm. It was not all windy. For the eyes it was very hard. I started to feel the sand in my eyes. That was hurting a little bit. That’s the main thing, I think. I can’t say if I think I should have stopped. I just told the supervisor that there were really things that could be fixed in our sport, and this is probably one of the things we don’t have in terms of rules. For some situations maybe we can add that in the code. For example, if there is a sandstorm it is a bit difficult for the players. For me later in the third it was no longer the same. The storm passed. It was windy, but different.”

Inconvenience: “Honestly I felt something here in my chest. I think it’s nothing major. Probably because of the wind, you need to change movement, adjust. I probably made some bad movements. Honestly, I don’t like to call the physio before the other serves. I started I felt a lot of pain and I tried to go as fast as possible. I didn’t take full time. Especially playing against Carlos, who is Spanish, and I have a good relationship with him. I just tried to be as fair as possible. I needed to ask why I I felt quite uncomfortable. I still feel a bit weird, but there are many hours until the next game. I really hope it won’t be a problem. Well, you never know, so… But I trust that nothing will happen.”

we all could use a hug like this 🤗 pic.twitter.com/Y6voAZIgvl

What he sees in Alcaraz that reminds him of him: “Well, the energy. The speed in the races. The amount of passion and determination that he has to become a great champion. Yes, that’s what I see in him. It seems that he is humble enough to work hard and understand that us tennis players, if we want to be great champions, the only way is to keep improving throughout our careers. That’s what I tried. I really think he’s doing that. I don’t have much doubt that he will be great. He already is, for right (smiling).

Fritz: “I think he played very well. A super aggressive match against a very difficult player to play like Rublev who came here winning two tournaments in a row. I think he played with a lot of determination, very aggressive. I watched a bit of the match. He plays very well, the truth”.

Acapulco 2020: “I don’t think so. I think it’s different circumstances, different times in our careers. Okay, when games happen in a short period of time, maybe yes, you can have a reference. When it happens two years before, a lot of things change in our lives, in our careers. We are probably both different players. I am ready to face a very tough opponent who is playing with incredible confidence, is playing well. Since the beginning of the season, he is playing a great level of tennis, so it will be difficult. But we are in the final of a Masters 1,000, so…”.

Energy: “When you’re young, when you’re having new experiences for the first time, everything is new. You’re playing in stadiums, against opponents in tournaments that just one, two years ago you only watched on TV. I think you’re excited. You have passion. You have nothing to lose because when you’re young, you have this process that when you’re moving up, moving up in terms of rankings, in terms of results, you feel free to do whatever you want. If you lose matches, not much will happen. If you win matches, every win is unbelievable. I mean, in terms of pressure, for him I don’t think he feels it the way a player like Stefanos, Zverev or Medvedev probably feels today. He’s early in this process. For him, probably this different approach and Different feelings are going to happen next year, but not this year.”

The volleys: “Well, I made some terrible ones (smiling). Today I made easy volleys, bad volleys and very difficult volleys, big volleys. Especially at the end I saved some incredible balls with the volley. I played aggressive. Determined to do what I had to do to win the game. As you know I like to go to the net. The last couple of years I’m doing it more and more all the time. I even do some serve and volley more often than I used to. I think I have a decent volley overall “Probably a lot of people, because I achieved a lot on the ground, always thought it wasn’t like that. But if you look at the stats I have a very good percentage going to the net and I won points with my volley. I feel comfortable there. It’s something I need to do. As part of my game at this stage in my career, I need to do things to play more aggressively. Going to the net helps my game in general.”

Physical and mind: “I feel good. Mind you, I’ve been away from home for a while. Four and a half weeks. I also didn’t spend much time at home after Australia. That was four and a half weeks, too. Yes, I want to go back, that’s true. Physically I I feel good. I played three hours, almost three hours the other day, three hours today. In terms of physical performance, I don’t feel very tired. It’s true that these dry conditions help me a bit because I’m a guy who sweats, as you normally see “In Acapulco, even in Australia sometimes, even in Miami in the past, I sweat a lot. In terms of bodily sensations, when that happens I am more dehydrated, so I suffer a little more. Here with the conditions they make me feel good physically. I don’t think I’ve ever lost a game here because of a physical problem, in terms of tiredness. Yes, I’m pretty good, really, I can’t complain. I’m enjoying it. I had a lot of tough battles this week, but I’m still alive, like this what… I’m in the final and I want to enjoy it. Once again, being in the final here in Indian Wells means a lot to me. It is a very special place. I will try to be ready. A game like today’s helps build confidence. I know that I need to be ready physically, mentally, in terms of playing at a very high level of tennis because he is playing well. I’m going to try to do the work I need to do to get ready and then let’s see.”