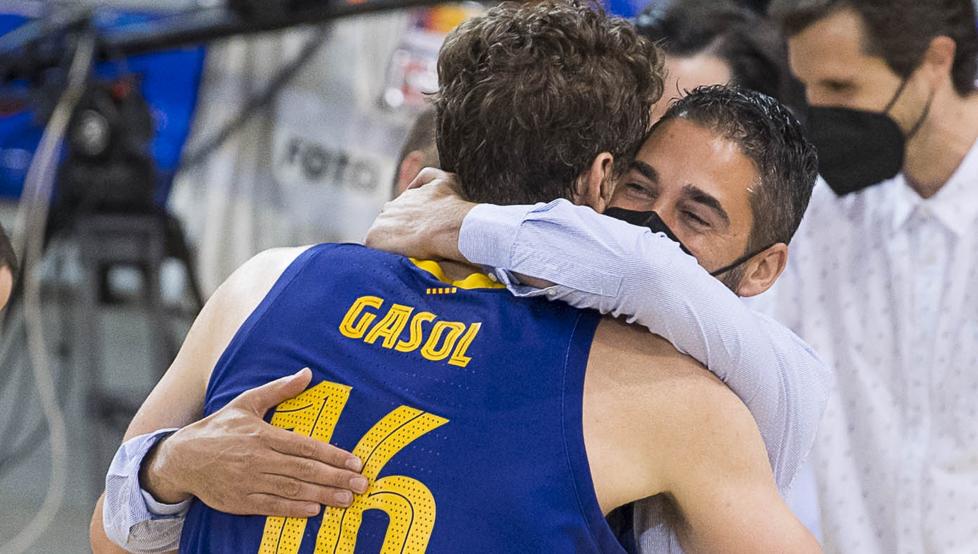 Juan Carlos Navarro, manager and head of sports for the Barça basketball section, attended the Rac1 microphones last night after winning the Endesa League title 2020-2021, where made explicit reference to the continuity of Pau Gasol in the ranks of the Catalans next season:

“Gasol said he was going game by game. He trusted his foot and it ended up like this, amazingly. We would all like to see him continue, but it is his decision. We have already asked him, and we will ask again, but it is complicated”.

About the season, Navarro gave the team between a 9 and a 9.5 mark, highlighting the bad luck with Nick Calathes’ injury in the Euroleague Final Four that narrowly escaped in Cologne, Germany.

From the microphones of Cadena Ser, the journalist Antoni Daimiel pointed out that “It is not crazy that Marc decides to leave the NBA”, which would open a possible family reunion of the Gasols at Barça, one more incentive to try to convince Pau.

At the moment there is a lot of noise and few nuts, since the player himself was cautious in statements to TV3: “Continue? I don’t know, priorities change, I have a daughter and I want to be with her ”. On the horizon, the first challenge for Pau will be to play his fifth Olympic Games and try to compete for the Olympic gold that resists him.

Pau gasol was very excited after winning the league title

Barça champion of the Endesa League