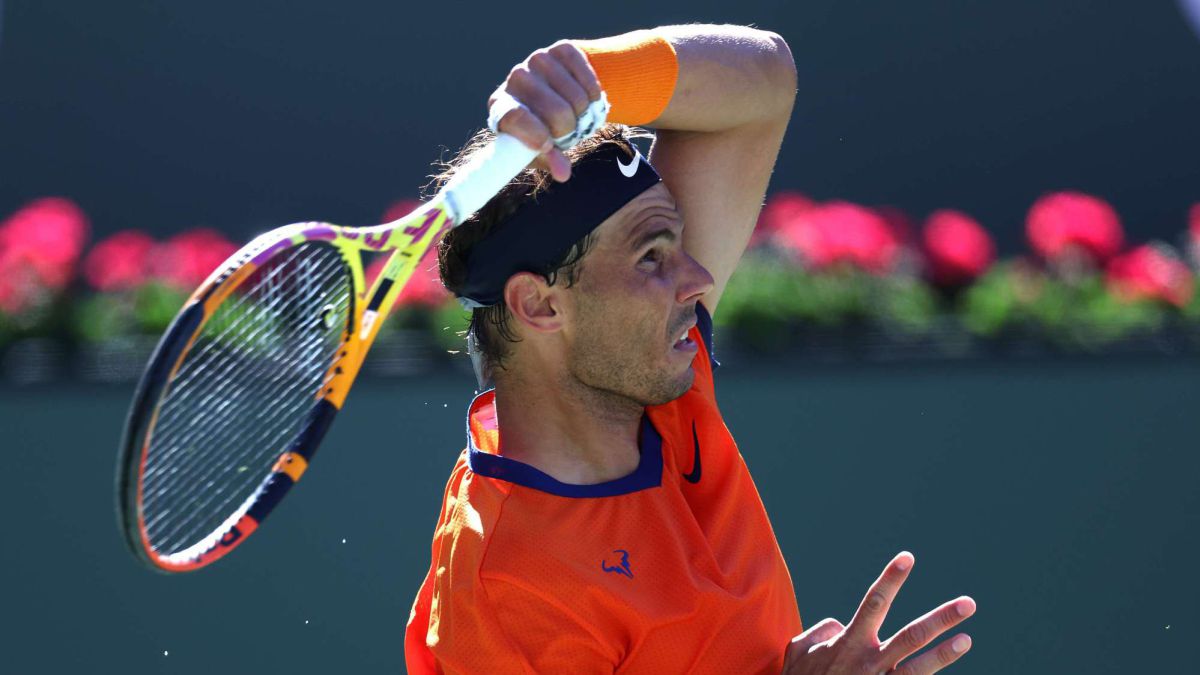 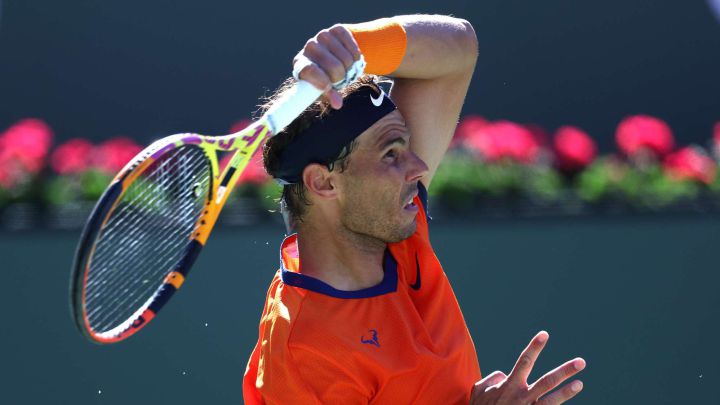 Rafa Nadal addressed the media in Indian Wells after his epic win over American Sebastian Korda coming back from 5-2 in the third set. The Spaniard tried to explain, among other things, how he got it.

What made the difference from 5-2?: “I don’t know. I think he probably got a little more nervous. He made a few more mistakes. I played a little better at least. At 5-2 I started playing a little more crosscourt with my forehand and with a little more calm. He made a couple of mistakes and I was able to save myself. At 5-4, I missed with my forehand, but I played two great backhand passes and a good lob. There he was under pressure, but he hits good shots. Then at 5 -5 had a break point again and an easy forehand that missed. I don’t know, I was very lucky today. Accepting that, I need to play better, because I didn’t play well. I’ll work tomorrow to try to be ready for last.”

Just one of those early season days 😌

“I feel sorry for him it’s true, he deserves it. But I fought and I am through, and I will try to be better the next day.”

Experience and balls: “It’s obvious Sebastian made some more mistakes. That’s true. We all get nervous when we have to win games. If someone tells you otherwise, there are two options: either they lie to you or they don’t really care about the sport. The rest of players will be nervous about winning matches. That’s all. Sometimes these things happen, but he has a great future ahead of him with incredible shots and good serving. In these conditions, with this ball that hasn’t been easy to feel for a long time, long time sometimes you feel like it’s like a stone on the strings compared to other balls you feel like you can handle it’s hard for me to explain but I’ll tell you one simple thing so you understand what’s up with this ball At least with me, I can’t speak for others. It’s nothing new. I play well with it, I win tournaments. But is it a ball that when you hit it you don’t know why it goes to one side or the other or why it goes in? I don’t have that immediate feeling in the racket co Stopping with other balls in the circuit. When you miss the ball, you immediately know when you touch it, when you hit it, if you hit it right or wrong. With this one, it’s hard to find this kind of special feeling.”

Comebacks: “I thought I lost, so… And in Australia I had a very similar feeling. But that doesn’t mean I’m not going to keep trying or keep fighting. Even if I think I’m going to lose the match, my mindset is to think,’ It’s ok, I’m playing bad, I had two breaks, but even so I’m going to lose, I’m going to try to finish the match with better feelings. So I need to fight to find them in the last game'”

Trust and reality: “The only thing I can say is that if people think that I believe all the time that I’m going to come from behind, it’s not true. I don’t have this incredible confidence in myself. But in my mind I don’t want to give up. I keep trying. But I know that It’s going to be almost impossible. What I’m trying to do is not help him win. Go ahead and make things a little more difficult for the rival. The normal thing in this type of match, in that position, is that out of 100 you lose 90. But if you give up, you lose the 100. If you’re there, you can win that 10%.”

Badosa: “Well, it’s amazing how she improved last year. She raised her level a lot, her ranking. Yeah, it’s a great story. She’s playing really well. She started the season winning in Sydney, if I’m not mistaken. I know the The last few weeks weren’t perfect, but she was able to win here a few months ago. When she’s playing well, she’s a player who can fight for every tournament. She has incredible strokes. She hits the ball really hard. She’s able to compete well and win against anyone. Potentially, you can achieve a lot of things in this sport if you are able to stay healthy and keep your focus and mind in the right position. I think you have the potential for everything.”

Skills: “Well, the word ‘talent’ is difficult because in this world there are so many different talents… We can name everything talent, because everything is talent. From my point of view, of course you need to have a passion for this sport, but at the same time you can train everything. The reason why I have been fighting for my entire tennis career or have the right self-control, the right attitude or fighting spirit is simple: because I grew up with this kind of education. My uncle, my family , I was never allowed to break a racket, I was never allowed to swear or throw or give up a match. Probably when I was a kid, they didn’t care much about winning or losing. Of course, all the parents and relatives, my uncle, of course My coach, they wanted me to win every game. But that probably wasn’t the most important thing. The most important thing was education and growing up with the values, the right values. So I had to do it that way. Nera Otherwise, I wouldn’t play tennis. If I go out on the court and make a circus or break a racket or lose control, self-control, I will not be playing the next tournament, without a doubt. That’s probably why I have this mindset.”