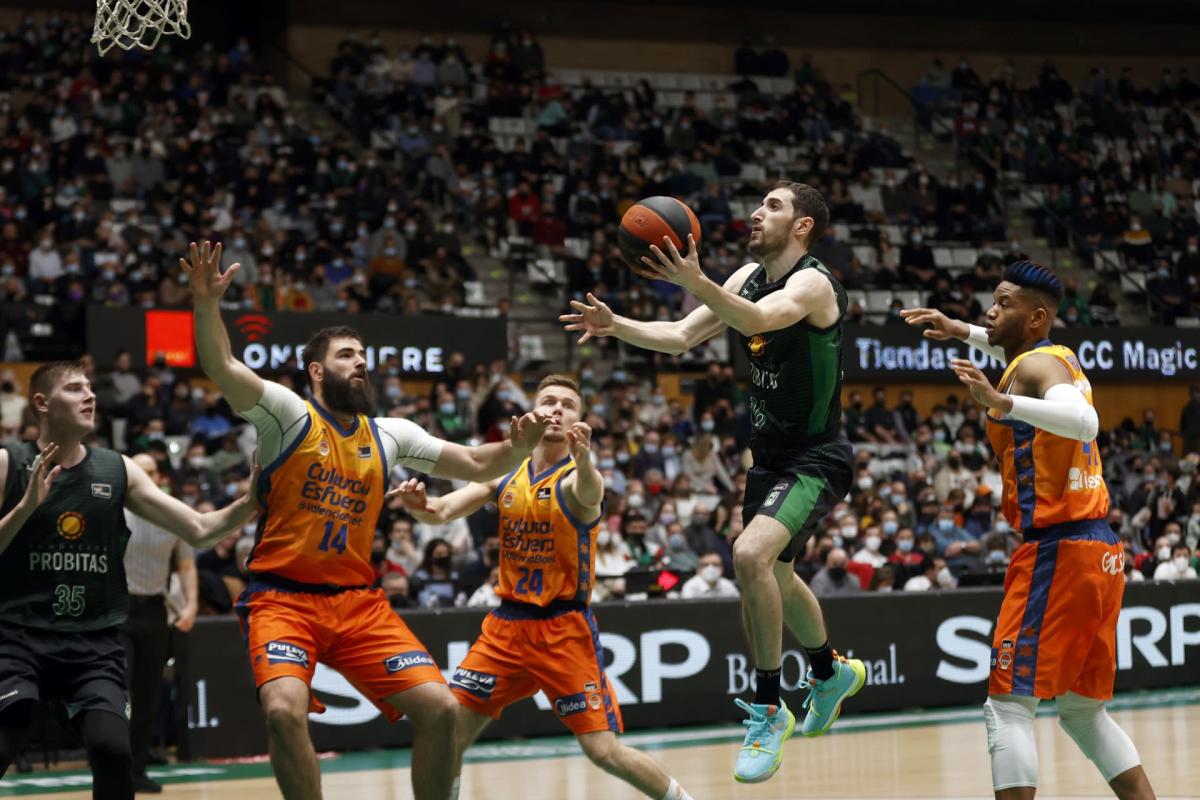 After an even first half, those from Badalona were far superior to the Valencians, who with a poor 4 of 21 triples had no chance of fighting for victory when La Penya, led by Pau Ribas and Guillem Vives, broke up the game after the break in a third quarter in which he only conceded nine points.

Pau Ribas (15 points) was the top scorer in a match in which La Penya was successful from the three-point line with 10 of 32 and was superior on the rebound in the second half.

The first half was even, with Joventut taking the initiative to achieve a maximum lead of five points (13-8, min, 7) and Valencia Basket scoring from the perimeter to turn the score around at the end of the first quarter (16 -17) with three free throws scored by Klemen Prepelic.

The Valencian team missed the five triples they attempted in the first quarter and La Penya, with a physically diminished Tomic who did not come out in the opening five, did not control his defensive rebound which prevented either team from clearly dominating the game.

La Penya regained its maximum advantage (24-19, min. 14) after another triple by Paul and a basket by Birgander, but two consecutive three-pointers by Prepelic -11 points in the first half- returned control to Joan Peñarroya’s team (29 -30, minute 17).

A triple by Pau Ribas and a buzzer-beater by Joel Parra left the Catalans three points up at halftime (37-34).

La Penya went over his rival in a great third quarter that started like a gale with Vives and Ribas scoring from three to put a ten point difference in the light (47-37, min. 25).

The Valencians’ problems in ensuring their rebound and Dimitrijevic’s poor direction caused Tomic and Willis to extend the lead to fifteen points at the end of the quarter (58-43).

Valencia had a timid reaction with a triple by Dimitrijevic and a basket by Tobey at the beginning of the last quarter (58-48, min. 32) but two consecutive three-pointers by Vives put Penya in a new maximum advantage (68-52, min 35) left the game almost sentenced.

Points from Hermannsson and Prepelic gave Valencia Basket some hope a minute and a half from the end (72-65) but a technique to the Slovenian shooting guard for simulating a foul allowed Ribas to secure the victory with a triple and a free throw (76 -65).

Incidents: match corresponding to matchday 24 of the Endesa League played at the Palau Olímpic in Badalona before 5,673 spectators. EFE