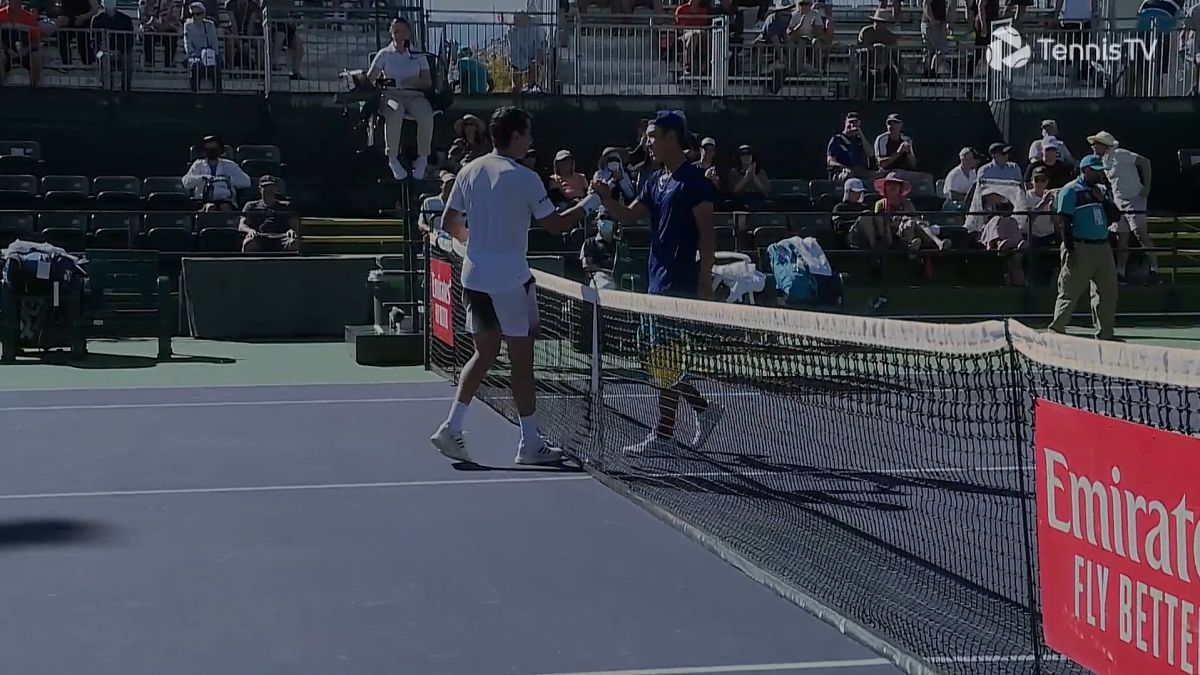 Jaume Munar imposed his experience in ATP matches to beat Juncheng Shang in two sets (6-3 and 6-4 in 1h40)a tennis player who has gone down in history for being the first Chinese to compete in the main draw of a Masters 1,000 and therefore the first to participate in Indian Wells. At 17, he also became the youngest player to play this tournament since Donald Young (16) in 2006, and the earliest qualifying player since the ATP Tour began (1990). If all events in the same category are counted, there had not been a qualifier Youngest since Rafa Nadal (16) in Hamburg 2003.

Munar fought against all these numbers in his attempt to advance to the second round of the BNP Paribas Open for the first timein which he will face his colleague and compatriot Pablo Carreno. He also battled the daring tennis of Shang, a player competing for the second time in an ATP match and progressing at the IMG Academy in Bradenton, Florida. The son of a professional soccer player and a world table tennis champion, he grew up adoring the Big Three, is a fan of golf and running, and declares himself a Real Madrid fan.

Jaume had to fight hard to reverse a situation in the first round, when he lost his serve in the third game. Fortunately for him, he fixed the situation with a 5-1 run that he extended to 7-1 at the start of the second set. He even had a 30-40 to make it 3-0 with a double break that would have been definitive. But, as it is, after failing to do so, he had to save two break points to maintain his advantage and lost it on his next service turn. Shang tried, but Munar resisted well and sentenced with another break. We will see both of them in Miami, although the Spaniard will have to play the qualifier again, as he did in Indian Wells, while the Chinese will play with an invitation.