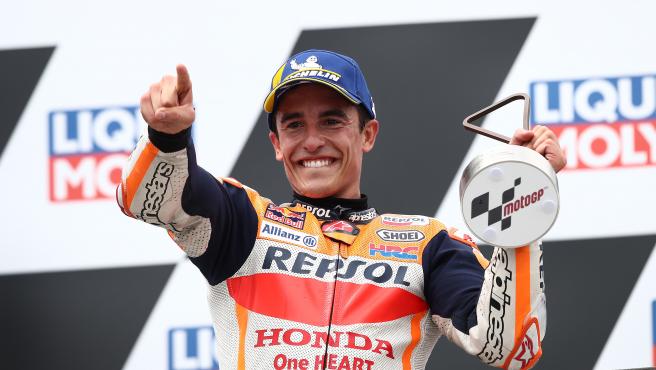 The thrill of Marc Márquez when entering the goal as first and victorious was something that I had not felt since Valencia 2019. Normal for tears to flow from his eyes, both when he crossed the checkered flag and later at the press conference.

It has been almost two very hard years. The arm injury that left him at home throughout the 2020 season, with the addition of being the year of the pandemic, was a very difficult mental challenge to resist. Much physical and psychological pain, where overcoming frustration was as or more important than regaining mobility in his arm.

Normal that in the statements to DAZN he had nothing but words of gratitude to those who have helped him in these days. Trying to hold back the sob, Márquez reminded those who have been by his side: “I want to thank especially to Honda, who has respected me a lot during the injury; all the doctors, starting with Dr. Mir ending with the team of Samuel Antuña and Ignacio Roger de Oña; Carlos, the physio, who has been living at home for a year; my whole team, they know who they are, my brother … (cries) We have done it together, not alone. “

This race can be a before and after, both for Márquez and for Honda, although he has warned that fighting to win again will not be as common as in the past.