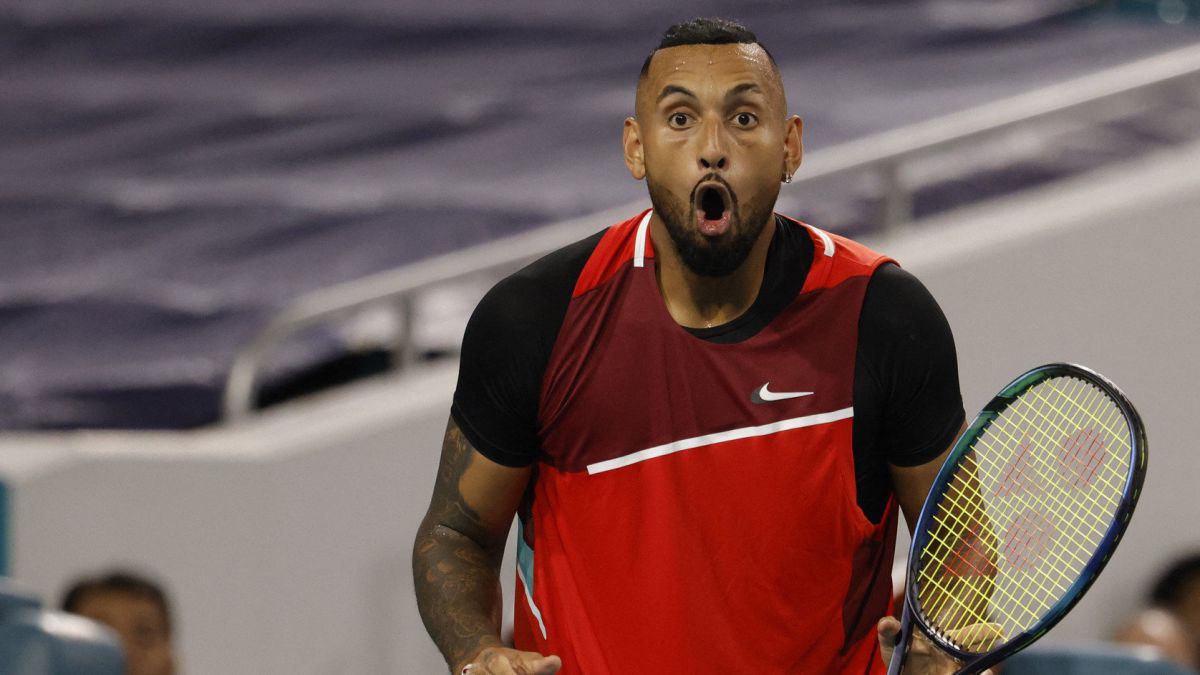 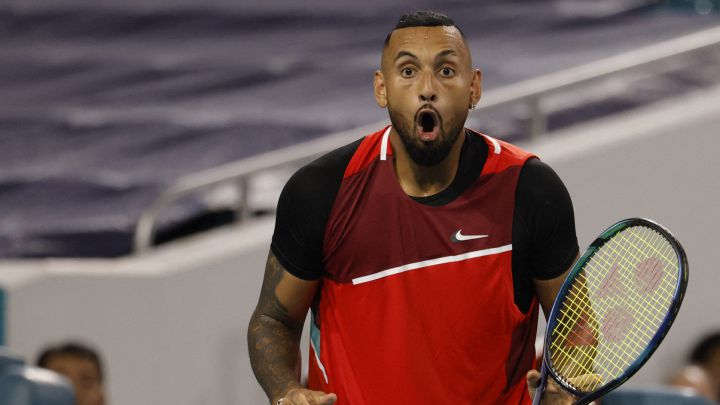 The best and the worst. Nick Kyrgios, facing Rafa Nadal, in the quarterfinals of Indian Wells, showed both sides of him. In the sports field, he allowed a glimpse of the great tennis player that he has inside; in the extra-sports, his indomitable character. He took the Spaniard to the third set and, while he kept his concentration on the match, he looked at him face to face. A tennis exhibition tarnished by his shouts, his exaggerated theatrics and the three rackets he broke. Especially for the last one, where he came close to hitting a ball boy, to whom he later apologized.

The complete pack of the ‘Kyrgios experience’, difficult to separate. The Australian player has always been like this and he always will be, although he must be given the benefit of the doubt. In 2022, it seems that something has ‘clicked’ on it. Its most eccentric part, the most complicated, is still there, in plain sight, but the sports car seems to be back on the right path, and it cannot be denied either. He wants to be an important name on the circuit again and he transmits it both in his tennis and in everything that comes from him. His press conference after losing to Nadal, in which he was visibly affected, proves it. “Today has hurt a lot. We had a plan for the game and everything was going well, but it’s always the same against Rafa. It’s too good, I guess,” he admitted with his face in his hands, the result of disappointment.

In the first Masters 1000 of the season, until the defeat against the Spanish tennis player, Nick was intractable. He had not lost a set, he had resisted all the break balls and, along the way, he had dropped Casper Ruud, number 8 in the world. He gave continuity to the sensations left at the Australian Open, where he lost to Daniil Medvedev and won the doubles tournament teaming up with Thanasi Kokkinakis, an acclaimed local couple, and he wants to follow the same line in Miami.

It will not be easy for him, but it is presented as a true litmus test to confirm his intentions. Again as a guest, a condition that he wants to leave behind, Kyrgios has started strongly. 7-6(3) and 6-3 to Adrian Mannarino with twelve aces and a new weapon in his game: the backhand. True to its winners right, the terrible child he brought out his best version using the outside of the racket, with incredible points in delicate moments, like 3-1 in the tie-breaker of the first set, even to his surprise. Good victory towards a duel of many carats: in the second round, he will face Andrey Rublev (7th). If he beat the Russian tennis player, Nick (102nd) would return to the Top-100 ranking, where he hasn’t been since January 3. An important psychological barrier, one of the many that he must cross if he really wants to recover the best version of himself.