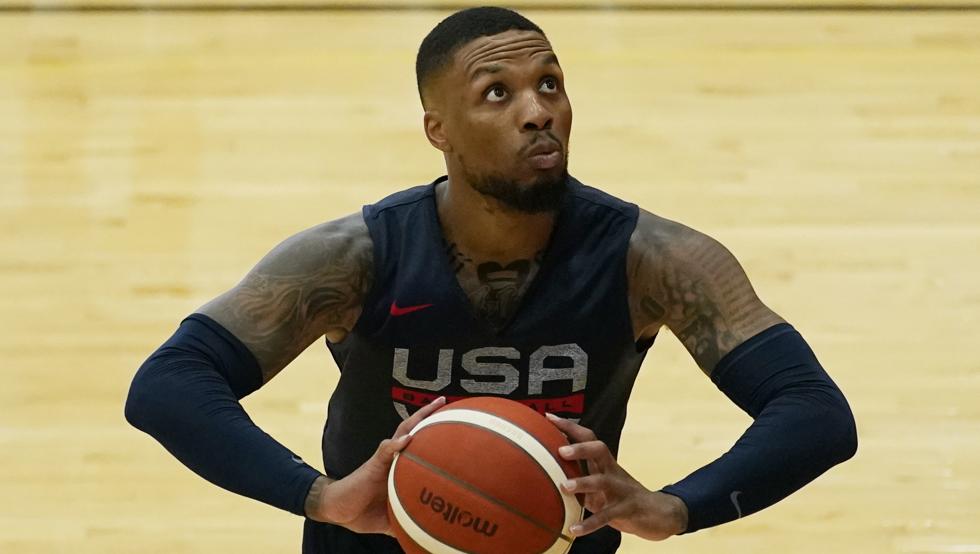 Portland Trail Blazers star Damian Lillard seriously ponders asking for transfer to his franchise after the last disagreement with it due to the dubious selection process of its new coach Chauncey Billups, tainted by a rape accusation in 1997 that the team investigated very carefully when choosing him.

Henry Abott, prestigious journalist and promoter of True hoopexplained Friday that Lillard will request the transfer to the Oregon franchise sometime in the next few weeks.

Before the commotion generated by the rumor released and based on a source very close to the player, Lillard himself came to the fore to speak loud and clear. What he did not say, what he omitted, certainly leaves the door open for the transfer request.

“Right now I’m not sure what I’m going to do. My heart and my intention has always been to keep the Trail Blazer uniform my entire career, ”said the 31-year-old guard, concentrated in Las Vegas with the United States team. “With the passage of time you want to win it all, and I want to do it in the Portland uniform, but we have to take giant steps towards that. “

Lillard, according to a report from ESPN, had dinner last night with the team’s GM, Neil Olshey, and the new coach of the team. The player’s request to the franchise is transparent: he is not satisfied with what he has, he wants to win the ring.

“We have to feel more urgency when it comes to knowing what the next step is and taking it. We are not a bad team, we are a winning team. We have a great atmosphere, a great city and great fans, many points in favor, “he valued from Nevada. “We have reached the point that for me it is not enough, do we really want to win it all? Do we aspire to that? We have to do things that show that will, do something to achieve it. “

In the press room an attempt was made to extract a firmer statement from Lillard in some sense. You stay or go? His answer was not exhaustive, so the trade rumors with the Knicks, Sixers and Warriors at the front they will continue to be the daily bread.

“I have not yet made any firm decisions about my future, there are many factors in something like this”, settled before the media. It will be a busy summer at the Portland offices, that’s for sure.