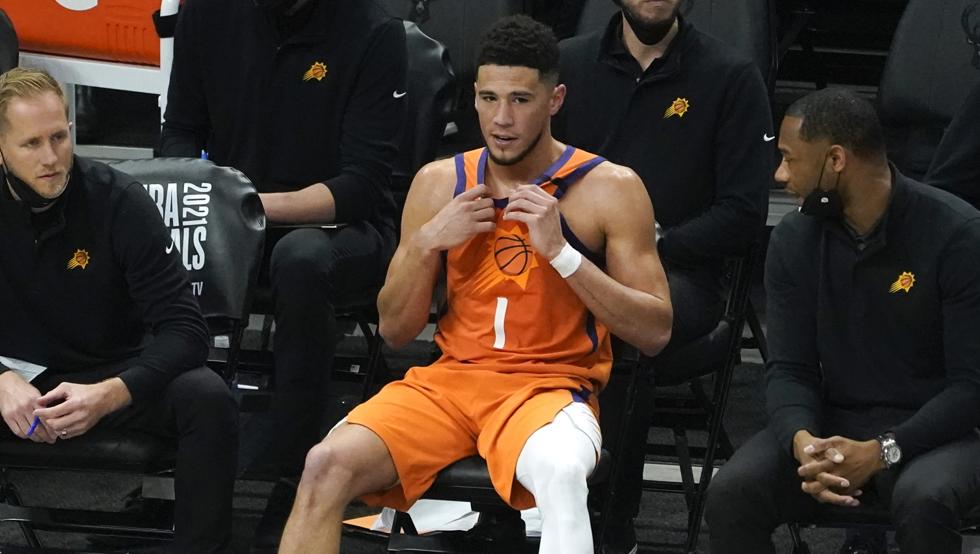 The Phoenix suns lost two games in a row in Milwaukee (USA) and watched their lead in the Finals disappear (2-2), but Devin Booker He was hopeful before the return home and wanted to reduce the drama of the situation his team is going through at the moment.

“We are motivated. We are embracing the moment. I think that when the season began, no one in this room or in this league expected that we would be in the situation we are in, “said the guard this Friday at a press conference.

Suns and Bucks meet this Sunday in Phoenix (USA) in the fifth game of the Finals. So far, all four Finals games have resulted in home victories for which the Suns retain the home court factor.

After the two consecutive victories in Phoenix (USA), the Suns could not get anything positive in Milwaukee, hence Booker defined the playoffs as “an emotional roller coaster”.

“In every series we’ve played, even the one we beat the Denver Nuggets 4-0Each party had its own personality, “he said.

Booker had his worst performance in the Finals in the third game (10 points with a poor 3 of 14 in shooting), but in the fourth game he responded with a real game (42 points with 17 of 28 in attempts) that, in the end, it also wasn’t a win for the Suns.

In this sense, the young guard said that his only concern as a team after the second defeat was to think about the next game. “That is all you can do. That is what we are focused on. Obviously, it was a tough and emotional defeat for us, but we move on to the next match already, “he said.

For its part, Chris paul He didn’t have a great night in Game 4 and only had 10 points, 7 assists and 4 rebounds. The veteran point guard made it clear that Game 5 is critical for the Suns: “Now that we return home, we have to protect the home court factor”.

Paul referred to the five turnovers he racked up in Game 4 and noted that he has not become obsessed with it. “At the end of everything, we have to win the match. But if I lose the ball that means not giving us enough shots. I’ll fix it, “he said.