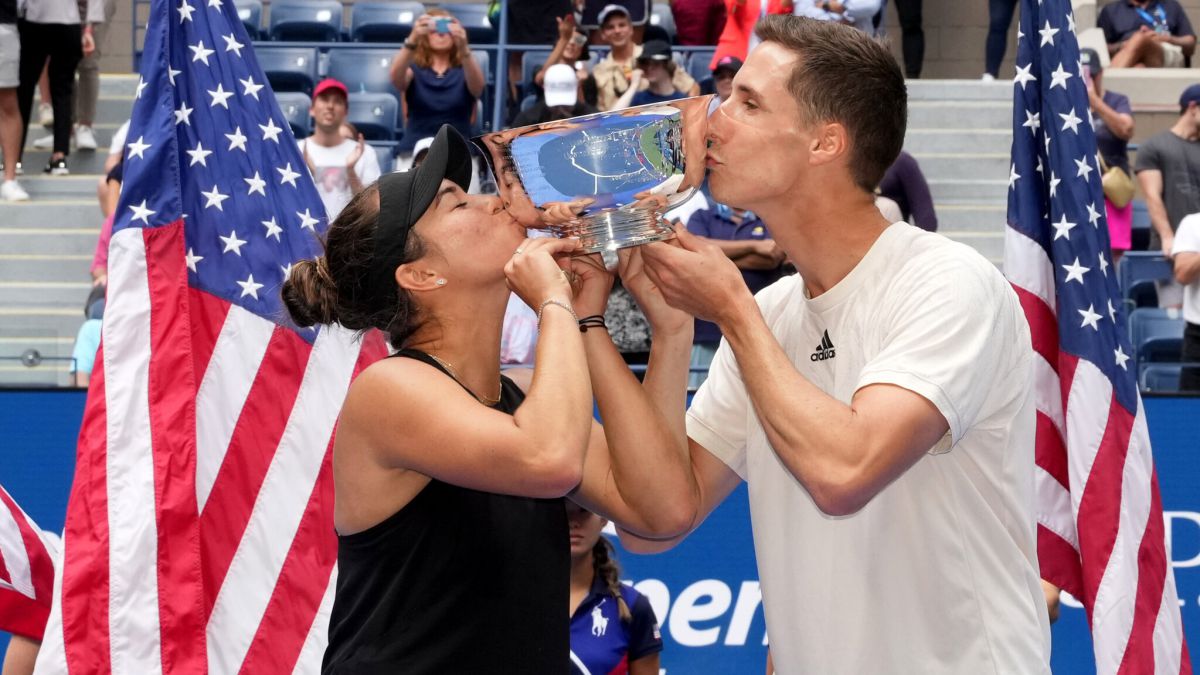 Desirae Krawczyk made history this Saturday at the US Open by winning her third consecutive Grand Slam title in mixed doubles, this time with Joe Salisbury as a tag team. The American and the British, second favorites who were already champions this year at Roland Garros, won by 7-5 and 6-2 in 74 minutes to the Mexican Giuliana Olmos and the Salvadoran Marcelo Arévalo.

Krawczyk, 26-year-old and 19th in the world in doubles, who won at Wimbledon alongside another Briton, Neil Skupski, becomes the seventh tennis player to lift three majors trophies in the same season, after Martina Hingis and Leander Paes in 2015, Martina Navratilova in 1985, Bob Hewitt in 1979 and Margaret Court and Marty Riessen in 1969. It so happens that the four finalists in this edition of the New York tournament were university players in the United States.

Salisbury is also in luck, as he was the men’s doubles champion on Friday with American Rajeev Ram. He is the first to achieve this double in the tournament since Bob Bryan in 2010.