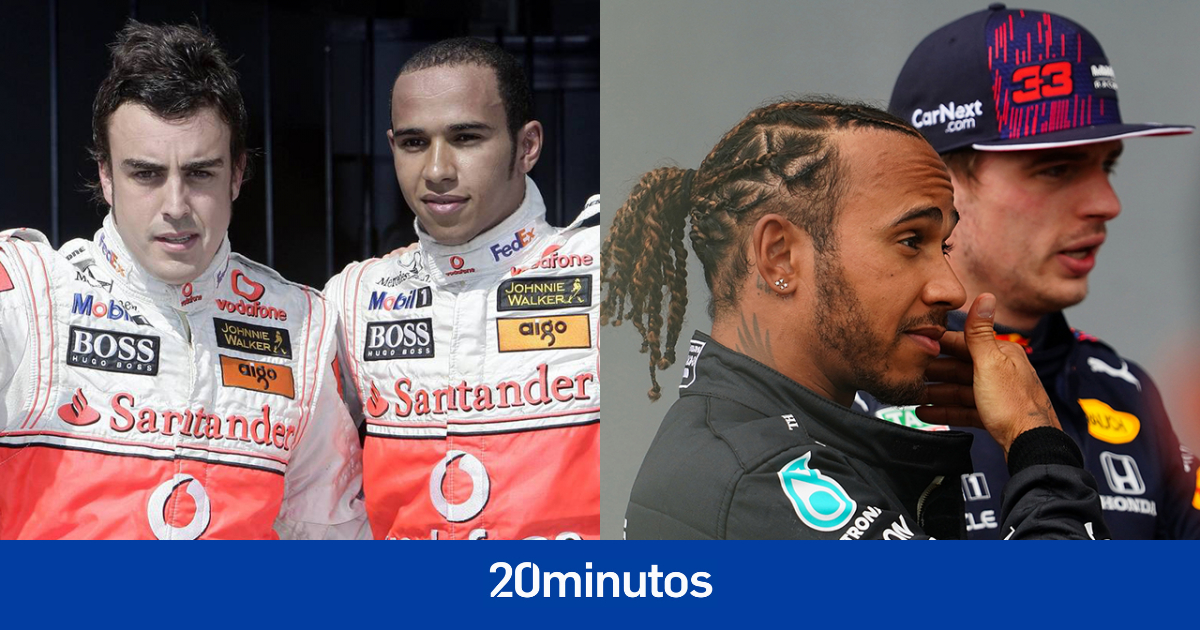 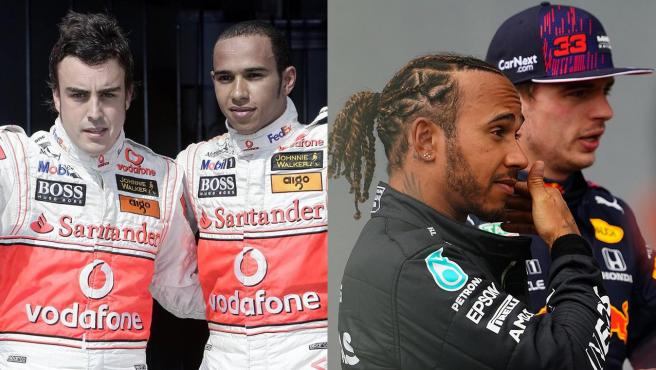 If to measure the greatness of an athlete you have to see what rivals he faces, it can be concluded that Lewis hamilton is a giant in the Formula 1. Since he landed in 2007, an unforgettable year for all fans (and for the specialized press), the current seven-time champion became the antagonist to beat, even unintentionally.

The character of the pilot from then has little to do with that of now, nor is the context the same, but there is a constant that has always haunted him: There hasn’t been a season that I haven’t had an enemy. The nuance is important: rivals have been all, but enemies a few.

Although today they respect each other, what has been lived between Fernando Alonso and Lewis Hamilton in 2007 is for the annals of history. Countless rivers of ink have run (and will run) on what happened within the McLaren team, when a young British man arrived as a great candidate to learn and fight with the current reigning champion.

Everything was blown up, half due to the mismanagement of the pilots themselves (Alonso wanted to get out of Mclaren practically since March and the pressures of Hamilton and his environment made coexistence impossible), half for a Ron Dennis that, as it happened to him in the years of Prost and Senna, he did not know how to govern his team in conditions.

If the 2007 season was memorable, the last race of 2008 is marked as the best finish in the history of the competition by many in the world. That Brazilian GP in which Felipe Massa was just a few curves away from being champion, that overtaking on Timo Glock in the last moments and that header from the Ferrari mechanic as a rabid epilogue are the history of the competition. Massa never forgave Hamilton for some races that year that he had with the Briton wheel-to-wheel.

Jenson Button, companions but not friends

Although they shared a team for three seasons and failed to be champions, Lewis Hamilton and Jenson button They began with a cordial friendship that grew cold as they fought for the title. Years later, the one who was world champion in 2009 described that relationship as “interesting”.

By age, Hamilton and Rosberg shared circuits for many years, although they were not partners until the British landed at Mercedes. At first there were no major problems, because the English did not have major problems to beat him, but in 2016 everything was blown up: of being close friends (they had a house in the same building in Monaco) they became staunch and irreconcilable rivals.

Rosberg retired as soon as he won the title because, he assured, he couldn’t bear another year of psychological struggle.

When Hamilton came to a growing Mercedes, the Red bull de Vettel was the current champion and with solvency. It was to change the regulations, switch to hybrid engines and the dominance of the British against the champion began.

When Vettel came to Ferrari He had the intention of succeeding where Alonso did not arrive, precisely because of him, and he found the shape of his shoe: Hamilton did to him what he did to Alonso. The German suffered in his flesh the desperation of not reaching the level … and ended up succumbing even with Charles Leclerc.

There are many who see in the new fight between Verstappen and Hamilton a reissue of what happened in 2007, although with their differences: neither the Dutchman is a rookie nor do they share a team. However, what is clear is that sooner or later the Red Bull will end up being champion … even if they have to remove their nails and elbows to do so.

What was seen in Monza is the last encounter of bothSo far, but no one doubts that in the remaining races of this 2021 there will be as many skirmishes.