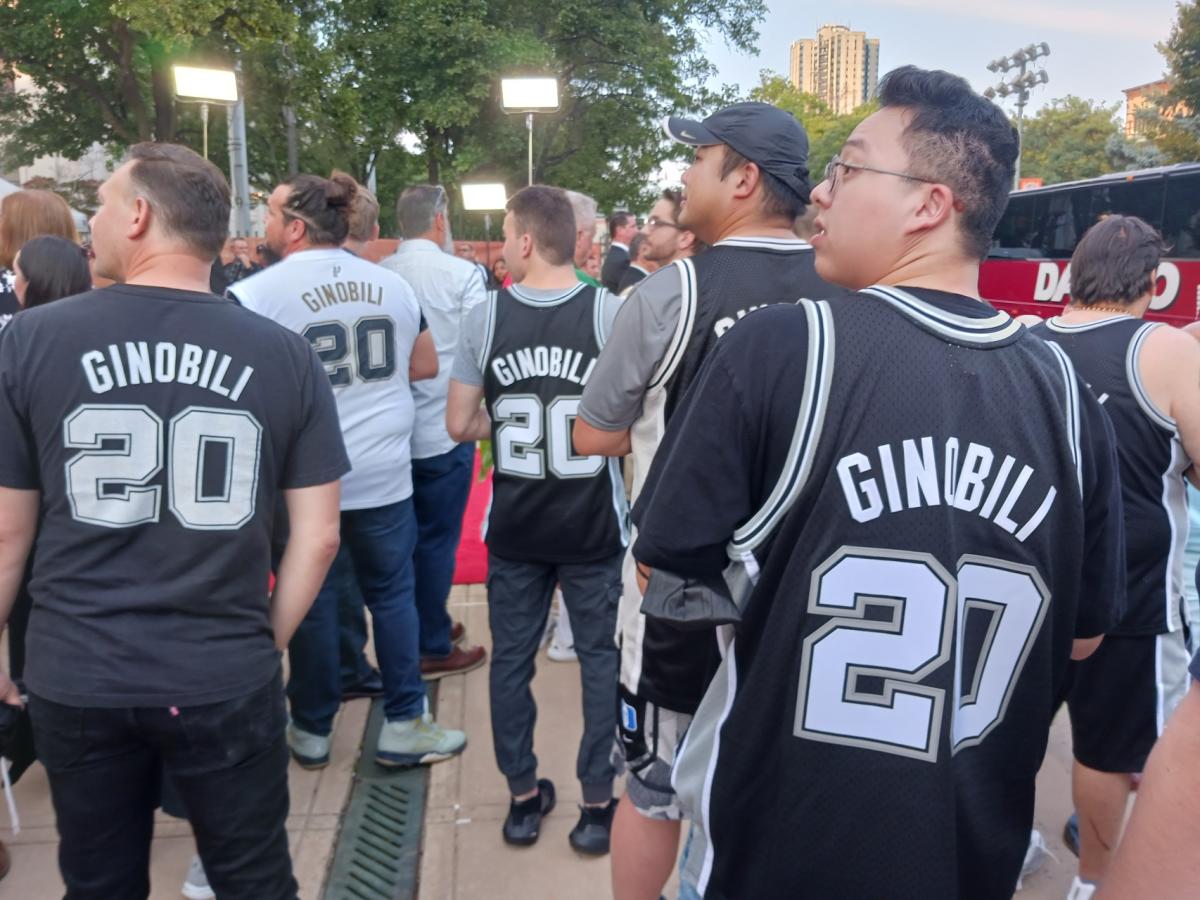 Springfield (USA) Sep 10 (EFE).- Argentine Manu Ginóbili, with an unparalleled track record forged in the Italian league, his country’s national team and in the NBA, entered the Olympus of his sport this Saturday by be formally inducted into the Naismith Basketball Hall of Fame in Springfield, Massachusetts, USA.

The ceremony began with a tribute to Bill Russell, the unforgettable center of the boston celtics who died on July 31 at the age of 88, and 15 other basketball professionals were recognized in different categories.

Sitting next to his children and wife, Ginobili, who was the brightest star of the night, the one who provoked the most passionate applause and shouts in Symphony Hall, the one who attracted the most fans to the area and the one who captured the most media attention By far, he was watery-eyed when he was introduced and the audience came crashing down.

He took the stage escorted by his inseparable Tim Duncan, with whom he made history in the San Antonio Spurs (four NBA rings).

Respected for his voracious hunger for victory without falling into bad habits, the genius of the “euro step”, magician of impossible pipes and decisive three-point shooter began by emphasizing that if he has come this far it has been because of the teams he has played for.

Before landing in the NBA in 2002, Ginóbili had already established himself in Argentine basketball and in Italy, where he was crowned MVP with Virtus Bologna in his first two years and won the Triple Crown (including the Euroleague) in the 2000 season. -2001.

The 5 of the Argentine team and 20 of the San Antonio Spurs (both jerseys retired) thanked his Italian teammates who not only made him the player he ended up being but also the man he is.

The left-handed shooting guard came to the NBA in 2002 (he won his first of four rings that year), was twice an All-Star and in one season he was chosen as the best sixth player in the league.

Emotional and on the verge of tears on several occasions, Ginobili shared anecdotes of how he came to the NBA lost and ended up finding “a family.”

“To win a championship you need many pieces,” he assured, recognizing his inseparable Duncan and Tony Parker and coach Gregg Popovich, but also all the club’s employees.

The Argentine said that “the craziest thing” is that he has had “two equally important races” and reminded his compatriots whom he misses in victories but also in brotherhood defeats.

Ginóbili led the Argentine team to gold at the 2004 Athens Olympics and silver at the Indianapolis Basketball World Cup in 2002, among a long list of successes that defined the so-called “Golden Generation.”

He was one of those responsible for the Argentine team being number 1 in the world in the FIBA ​​ranking from 2008 to 2012.

The also gold in Athens and former Madrid player Andrés Nocioni told Efe, shortly before Ginóbili’s speech, that his compatriot “is an extraordinary player, different, capable of making his teammates better and being able to make his team better.”

“Beyond the individual, the talent he has, I think it is the greatness of Manu. That is why he transcended with such importance in American basketball,” he assured.

The most emotional moment of the night was when Ginobili remembered his father.

Ginobili also told his three children sitting next to his wife that their sharing this moment is the most important thing that has ever happened to him.

In Springfield, where the Canadian physical education teacher James Naismith invented basketball in 1891, the Argentine accent was felt this Saturday.

In the streets, restaurants and gas stations of the city center the proud voseo of the South American fans could be heard this weekend.

Julián, an Argentine who lives in Chicago and who did not want to miss the exaltation ceremony, assured Efe, while filling the tank at a gas station near the Naismith Memorial, that Diego Armando Maradona is better known “because he is soccer, and football is football.

However, the uniform that was seen everywhere in Springfield today was that of the Spurs and most of those who wore it had a Mexican accent.

Enrique Gallardo, a retired employee of a university in San Antonio who has followed the Spurs “since they started in the NBA” and who bought plane tickets in April to come with his whole family to the tribute, defends that Ginóbili “changed” the franchise.

“We had never seen anything like it. The best in the world came.”