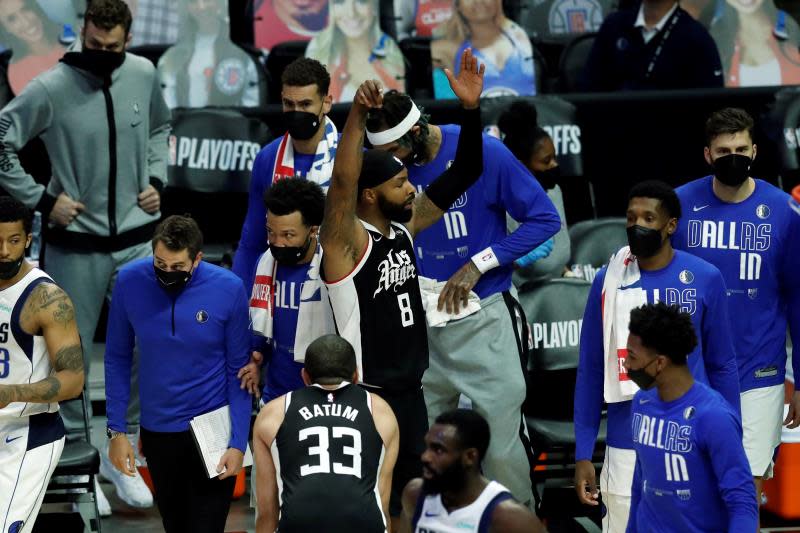 Los Angeles (USA), Jun 6 (EFE) .- Luka Doncic, who was left out of the playoffs (4-3) after the Los Angeles Clippers beat the Dallas Mavericks (126-111) on Sunday, said that, despite the elimination, is “very proud” of the performance of his team.

“I think we have fought very well. We have reached the seventh game and we could not win it. But I think we have given everything and I am very proud of this team,” he said at the post-match press conference.

Doncic gave away a gigantic new performance with 46 points (17 of 30 shooting), 14 assists and 7 rebounds.

The Slovenian has been an absolute nightmare for the Clippers throughout the tie, but ultimately failed to defeat the same team that last season also eliminated him in the “bubble” playoffs.

The Mavericks were leading 2-3 this time, but lost the next two games and were thus out of the fight for the ring.

Kawhi Leonard was imperial for the Clippers and stroked the triple-double with 28 points (10 of 15 shooting), 10 rebounds and 9 assists.

The Los Angeles star was accompanied wonderfully by Marcus Morris (23 points and 5 rebounds) and Paul George (22 points, 6 rebounds and 10 assists) within a team full of resources in which seven players scored more than 10 points.

PORZINGIS AND LACK OF LUCK

Kristaps Porzingis lamented that the Mavericks may have lacked some fortune to make it through the series.

“Maybe we lacked a bit of luck in some moments. We have given everything,” he said.

The Latvian pivot, who in several games of this series fell short of the benefits expected of a player of his quality, achieved in this game 16 points (6 of 12 in shots, 0 of 5 in triples) and 10 rebounds .

“We have taken him to seven games. It has been a very competitive series, very tough. They are a very physical and experienced team, but we have given everything and we have been very very close,” he said.

Porzingis also highlighted the “incredible” series that Doncic scored and, about his own future in the Texas franchise, said that for now he is not “focused” on that.