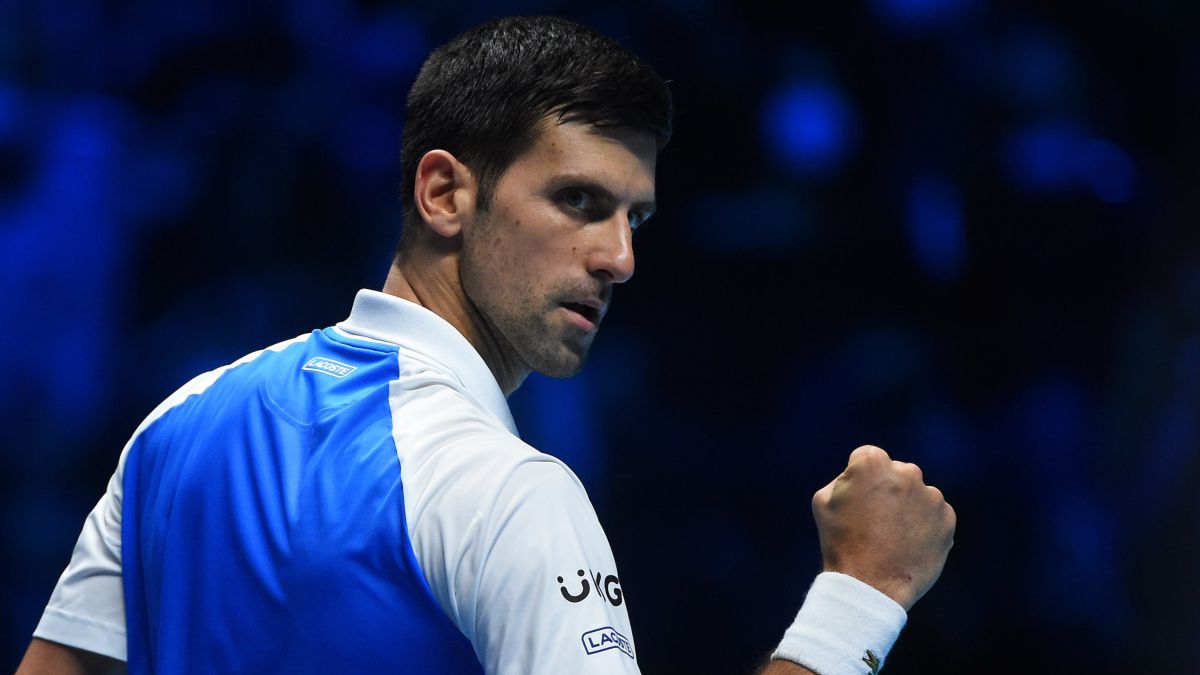 There is no one to stop Novak Djokovic in the ATP Finals 2021. The Serbian completed the process of his match against Cameron Norrie, which did not affect the classification of the Green Group because he was already classified and the Briton eliminated, with an impeccable attitude that led him to win in two sets (6-2 and 6-1) and 66 minutes.

The moment @DjokerNole completed a 3-0 Round Robin campaign at the 2021 #NittoATPFinals! pic.twitter.com/ASDRBiw8kW

In doing so, he reaches the semifinals undefeated for the sixth time in his 14 tournament appearances. He did so on the way to his titles in 2012, 2013 and 2014, and to the finals of 2016 and 2018. Nor has he lost any sets, and in that case it is the third time he has achieved it at the Masters (the others were in 2014 and 2018). Fresh and with a smile, the Serbian arrives at the crosses, in which it is expected at least that he will find much more opposition on Saturday (9:00 p.m., Movistar Deportes 1) against Alexander Zverev.

The ease with which Djokovic is developing in Turin is astonishing. Without fanfare or fuss, he has barely expressed a couple of feelings in any of his three games. The serve has given him a lot of peace of mind. It places it with just the right power and with great precision. Against Norrie he only lost 9 service points. That is why he had to save just one break point, because he also made few unforced errors (16). It is fine, very safe and orderly, without leaving gaps where it can harm you. And he looks happy. “I’ve gotten better every game. I couldn’t be more satisfied with my tennis before what will probably be the two biggest games of the tournament.” Let’s see who puts the bell on it.