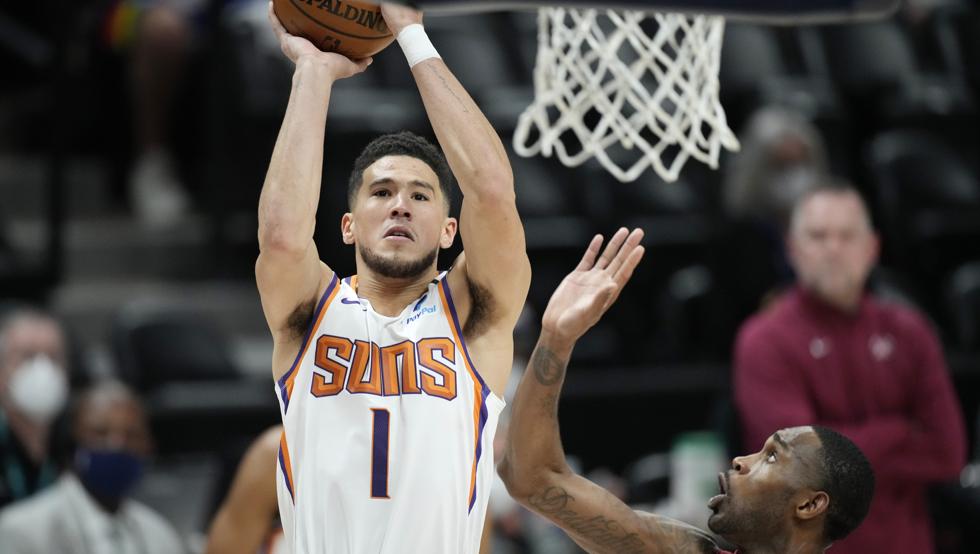 The Phoenix Suns shooting guard Devin Booker has already confirmed to those responsible for Team USA his willingness to join the national team. who will compete to lift the fourth consecutive gold of Americans in Tokyo 2020 Olympics.

The Suns star is preparing right now for the Western Conference Finals that his team will play against the winner of the tie between the Utah Jazz and Los Angeles Clippers.

The Olympic commitment will leave the Arizona star, who aspires to access the NBA Finals, what they end just a couple of days before the opening ceremony of the Games, which start on July 23rd.

The only other confirmed player so far for the 12-man roster for the Olympics is Washington Wizards guard Bradley Beal, who like Booker will debut in a Games with the US senior team.

There are no more confirmed at the moment, although it is expected that Damian Lillard sign up for the Olympics with other heavyweights in the league as Draymond Green and Jayson Tatum. Who have already said that they will not be They are LeBron James and Jimmy Butler.

Team USA wants to get their squad ready at the end of this month before starting their preparation and
l next July 6 In Las Vegas.