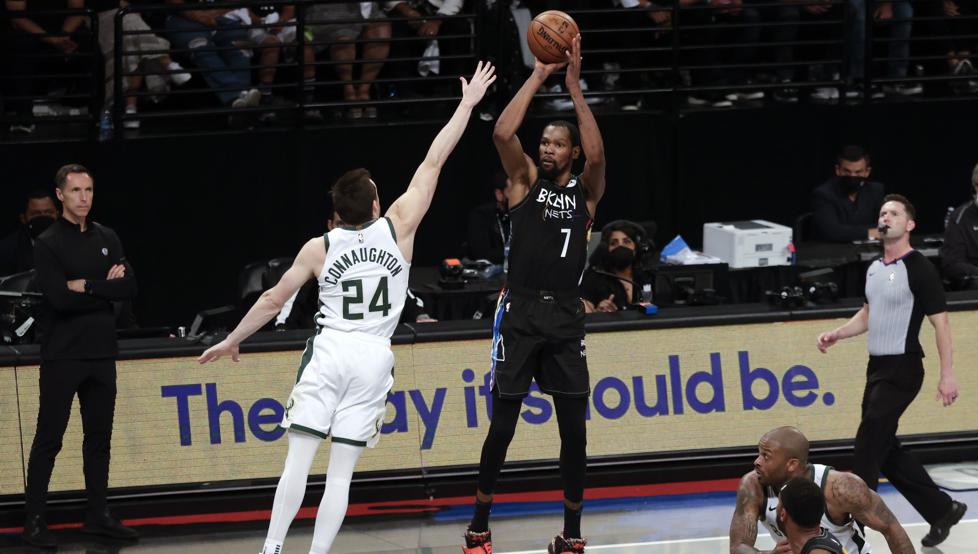 Kevin Durant achieved a triple-double unprecedented in the history of the playoffs. No one before had added more than 40 points, 15 rebounds and 10 assists in a postseason game, something the star achieved last night in the Brooklyn Nets’ 114-108 win over the Milwaukee Bucks in the Game 5 of the Eastern Conference Semifinals of the NBA 2021 playoffs.

KD’s display is one of those to frame and puts it 3-2 in the tie, one more step on the way to the Nets’ title of the ‘Big Three’, lame last night before the loss of Kyrie Irving. Despite all the obstacles, his 49 points, 17 rebounds and 10 assists last night will remain for history.

Relive in the following video, basket by basket, Durant’s masterpiece, a unique and unrepeatable player.