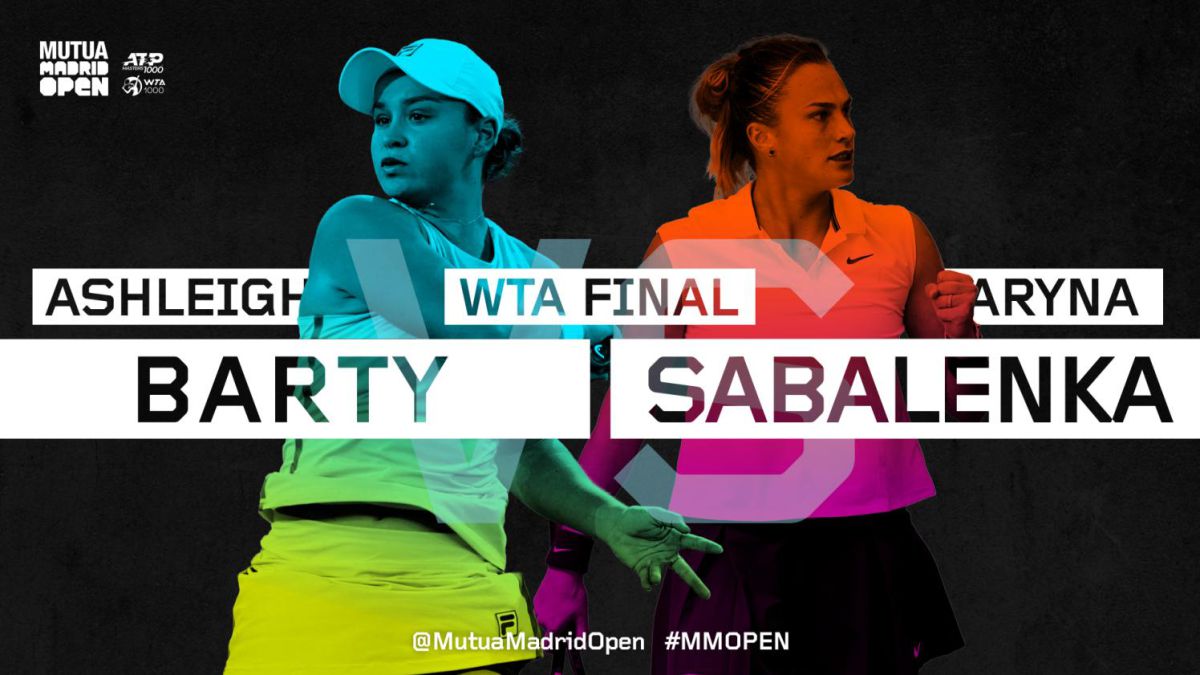 Ashleigh Barty, world number one, and Aryna Sabalenka dispute this Saturday (18:30, Teledeporte and Movistar Deportes 1) the women’s final of the Mutua Madrid Open just 13 days after meeting in the Stuttgart title match, which saw the 25-year-old Australian emerge victorious. It will be their third duel so far this year, since they also met in the quarterfinals in Miami, where Barty also won. In total, they will have been measured, with this, eight times, and the balance favors the Aussie by 4-3.

But the sensations during the tournament point to Sabalenka as a favoriteThe 23-year-old Belarusian, seventh in the ranking, reaches the last round without having lost a set and after passing over her five rivals, to whom she gave up only 18 games. Opposite, Barty and his 16-win streak on European clay since Roland Garros 2019.

It will be a duel of contrasts between the varied, tactical and technical game of the world leader and the unleashed power of her opponent, an unrepentant puncher.