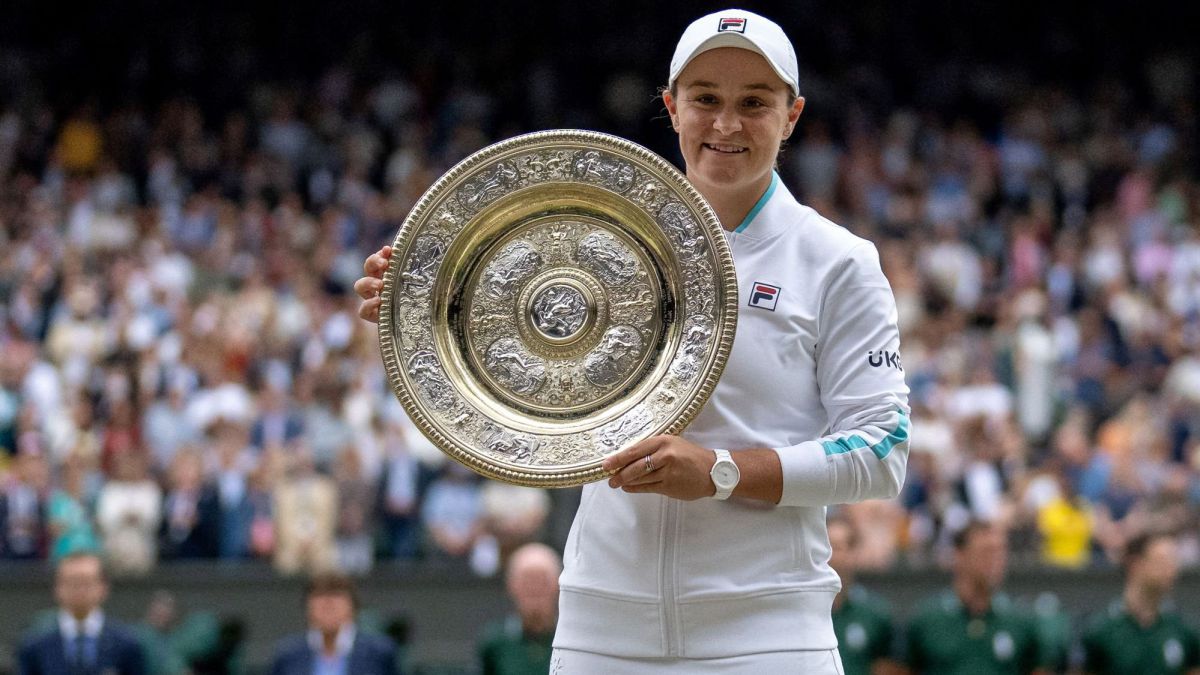 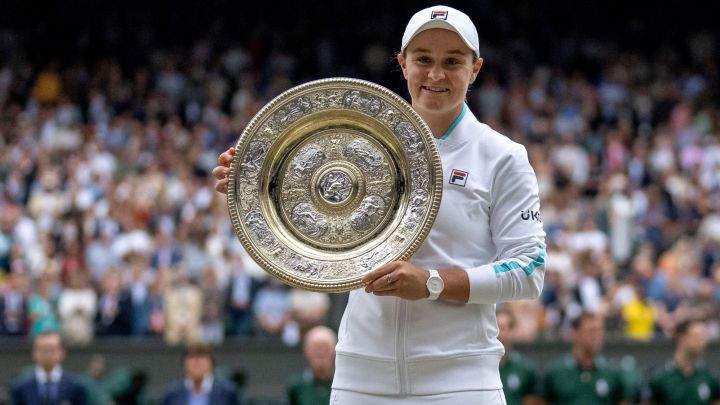 The announcement of the retirement of Ashleigh Barty, number 1 on the WTA circuit, at only 25 years old, has left the world of tennis in shock, since it means the retirement of the tennis player who has exercised the greatest dominance in recent years in the women’s tennis thanks to her three Grand Slam titles at Roland Garros, Wimbledon and the Australian Open for a total of 15 titles in her career and a total of 120 weeks as number one in the WTA ranking, the seventh best mark in history.

Barty, born in the Australian city of Ipswich in 1996, began her career in tennis at the age of 14, playing tournaments on the ITF circuit in 2010 and adding her first titles in this category in February 2012 (she won up to 4 that season). After receiving an invitation, she made her debut in the final draw at Roland Garros at the age of 16, although she could do little against Petra Kvitova, and shortly after she played her first match at Wimbledon, where she lost to Roberta Vinci, before making her debut at the Australian Open. 2013, where she managed to win a set, but could not with the Slovakian Dominika Cibulkova.

His first retirement… at 18

At the age of 17, Barty achieved her first victory in a Grand Slam at Roland Garros 2013 after beating Lucie Hradecka in three sets before falling in the second round with Maria Kirilenko and also triumphed in her debut at the US Open that year against the Spanish Estrella Cabeza before falling with Anastasia Pavlyuchenkova. However, the young Australian tennis player was unable to make the leap to stardom while maintaining a discreet position in the ranking and, after falling in the first round of the 2014 US Open against Barbora Krejcikova, Barty decided to retire from tennis for two seasons. “I think I needed to find myself. I felt bad and a little lost in the first part of my career. I was very lucky because I succeeded, but I was still very homely. I didn’t want to get away from my family,” she confessed in an interview with ABC in 2020.

The return to tennis

At 20 years old and after a conversation with his inseparable Casey Dellacqua (“I miss testing myself and competing in tennis and giving my best”) Barty had to start over from scratch in 2016, playing again on the ITF circuit and in numerous WTA tournaments by passing previous rounds. A return in which it cost him to add his first title, since he had to wait until March 2017 to win his first WTA trophy at the Malaysian Tournament, with which he managed to sneak into the Top-100 of the WTA ranking for the first time. From there, Barty’s career went up, reaching the final in Birmingham that year (he beat Garbiñe Muguruza, among others) and also in the WTA 1,000 in Wuhan, a tournament that, together with the WTA Elite Trophy in Zhuhai, allowed him to enter for the first time in the Top-20 of the ranking.

However, it was difficult for Barty to take a step forward in his assault on the elite since, despite remaining in the Top-20, he was unable to climb positions in the ranking to get closer to the Top-10. Her title on the grass of Nottingham, where she defeated Naomi Osaka, among others, and above all the conquest of the WTA Elite Trophy in Zhuhai in 2018 gave Barty wings for the best that was yet to come.

Roland Garros and the beginning of his dominance in the ranking

After falling in the quarterfinals of the 2019 Australian Open, that year Barty won his first major title with the conquest of the WTA 1,000 in Miami, a victory with which he finally managed to make the jump to the Top-10. However, Barty’s greatest achievement to date would come a few weeks after her, with the Australian conquering her first Grand Slam title at Roland Garros after beating Marketa Vondrousova in the final. The victory in Paris together with the title on the grass in Birmingham made Barty rise to number 1 in the WTA ranking for the first time on June 24, 2019. Barty was left with the thorn of winning the title at Wimbledon and would give up number 1 after his early elimination, although he would recover it after the US Open despite a discreet performance to not let go since then, starting his streak of 113 consecutive weeks at the top. As a climax, Barty closed the season by winning the 2019 Shenzhen WTA Finals to establish herself as the boss of women’s tennis.

The 2020 season should be the one of the absolute consecration of Barty. And despite her setbacks in the Brisbane tournament, the year did not start badly for the Australian tennis player, who won the title in Adelaide before falling against all odds in the semifinals of the Australian Open against Sofia Kenin. Her loss to Petra Kvitova in the semifinals of the WTA 1,000 in Qatar became Barty’s last tournament before the pandemic hit.

A pandemic that made Barty take the opportunity to disconnect from tennis and talk about another of her passions, cricket, a sport in which the Australian tennis player also shone with the Brisbane Heat, with whom she played during her first retirement in 2014, and golf. , where he won a trophy in Australia and where he usually puts on great performances. All this after giving up competing at Roland Garros and the US Open after the return of the competition.

But if there is a year that has marked Ashleigh Barty’s career, that has been 2021. The Australian won the Yarra Valley Classic in Melbourne but was disappointed again at the Australian Open, falling in the quarterfinals. However, Barty got her smile back with her second title at the WTA 1,000 in Miami and at the Stuttgart tournament as well as reaching the final at the Mutua Madrid Open. Her withdrawal due to her injury in the second round of Roland Garros was a step back that helped her take a run to achieve another of her great goals: to be Wimbledon champion. After losing to Sara Sorribes at the Tokyo Games, Barty recovered by winning the WTA 1,000 in Cincinnati, although she fell again at the US Open to no longer compete in 2021.

The 2022 season had also started immaculate for Barty with his title at the Adelaide 1 tournament and with the last great achievement of his career, the conquest of the Australian Open 44 years after the last victory of an Australian tennis player in Melbourne. A title that puts the finishing touch to the great career of Ashleigh Barty, who at 25 hangs up her racket like a tennis legend.