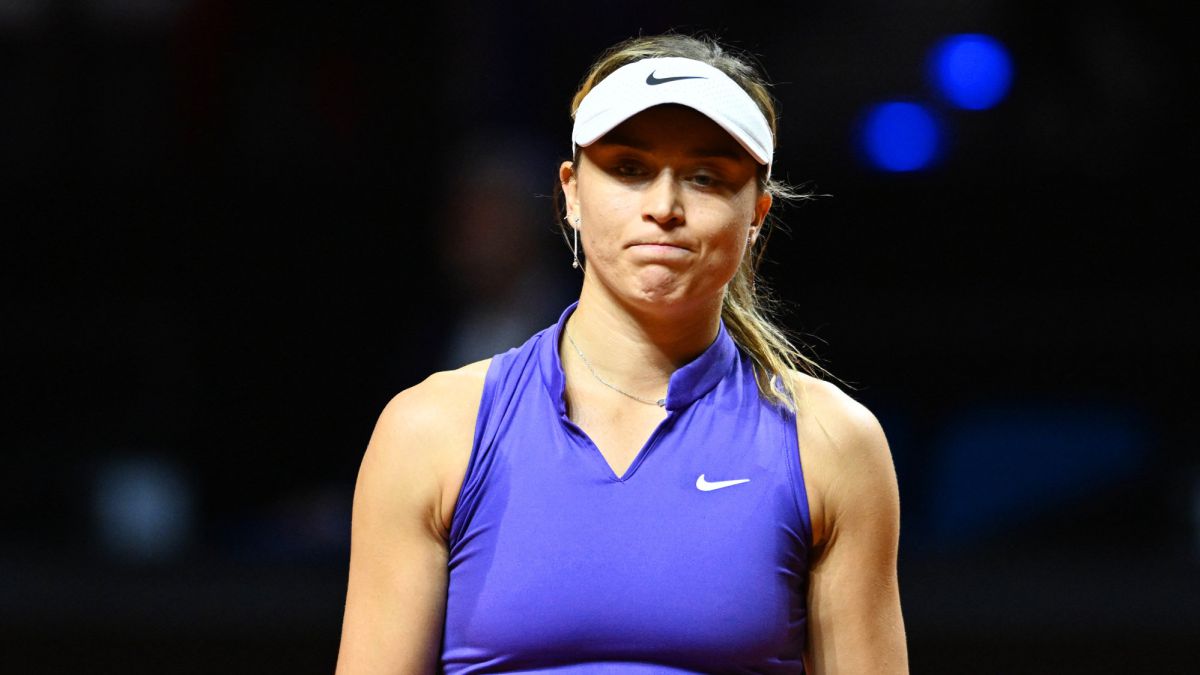 The perfect closure escaped. Paula Badosa, next Monday, will be number two in the world officially, but he will do it without the WTA 500 in Stuttgart in his record. Without a final party for a week that deserved it, since the new position in the ranking is the best ever for the Catalan. The culprit, her friend and doubles partner Aryna Sabalenka, powerful to prevail 7-6 (5) and 6-4 in 1:40. The world number 4, who was already a finalist in Germany last season, will face the winner of the duel between Iga Swiatek, who continues her unstoppable streak (21 wins in a row), and Liudmila Samsonova.

The end will be bittersweet, but, at times, the complete party seemed more than possible. At least the right to fight for her, for the title. Badosa, who was 5-2 in the first round, could not finish. Blow that, despite an initial break in the second set, hurt too much. From comeback to comeback a Sabalenka who, in the tie-break of the first set, also had to recover after conceding two aces. Paula, with a great backhand, placed the 4-1 and Aryna, with an imposing ace, match summary, 5-7. In the second assault, despite the attempt at Spanish rebellion, the Belarusian power did not yield anymore, with an imposing physical and mental strength which contrasted with the end of Badosa: two double faults in a row to raise the white flag.

Despite the unforced errors, constant on both sides of the track, a high match. Without going any further, it was the first in 2022 that faced two Top 5 players. The winner had to get as close as possible to her best version and Sabalenka, who hasn’t been to a final since last year’s Mutua Madrid Open, understood it better. He took the match to his field, to a constant exchange of ruthless streaks, and found his main virtue: power. The Belarusian, who will fight for her 11th WTA title, finished with 33 winners, more than double that of Paula, executed nine straight serves and won 77% of first serve points. A gale of strength that, moreover, knew how to resist in the fragility, saving six of the eight breaking balls that he had to face.