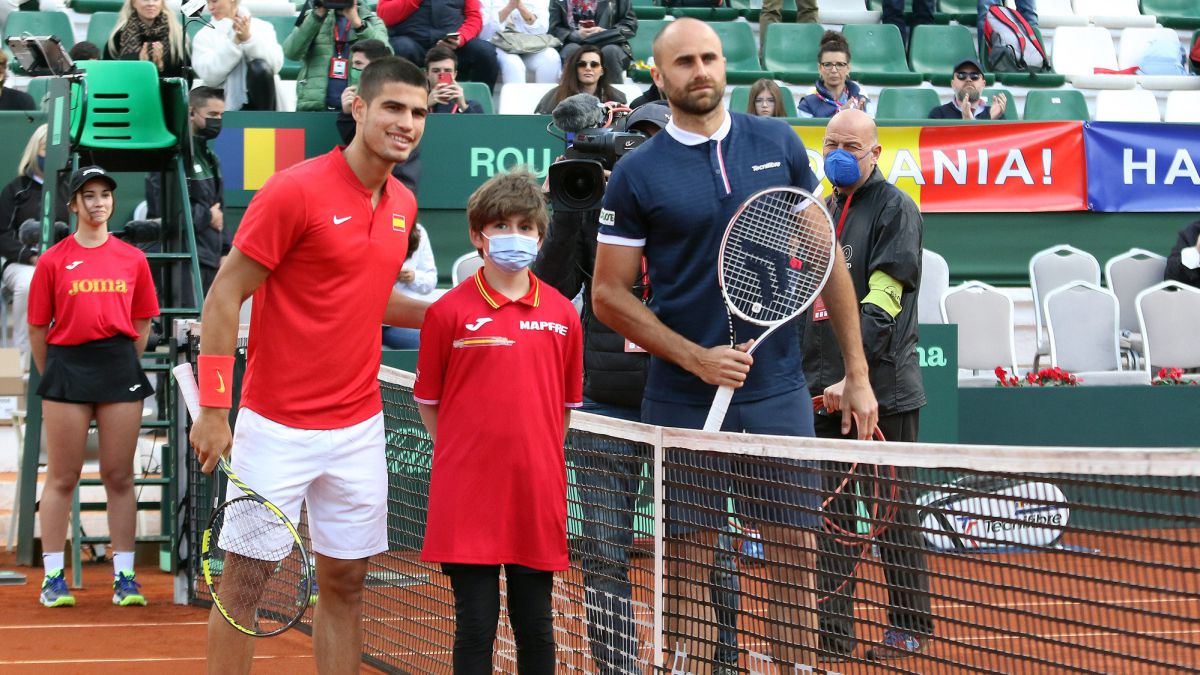 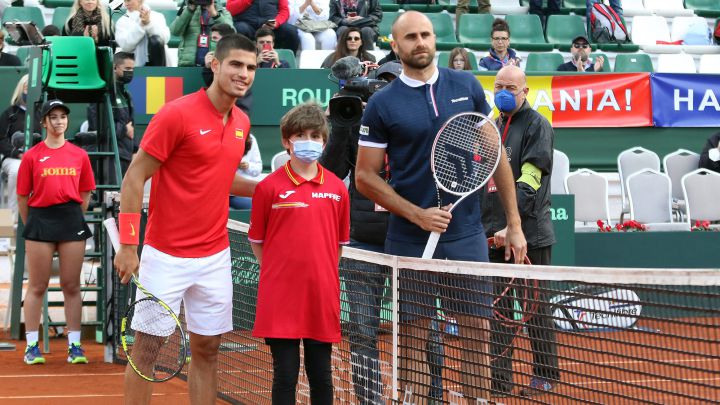 “The truth is that I have surprised myself, because I have not felt any more nerves than usual and I have handled the ones that were quite well throughout the match”, said Carlos Alcaraz minutes after debuting with Spain in the Davis Cup, and doing so, moreover, with a victory against the Romanian Marius Copil that puts the National Team one step away from the 2022 Finals.

“Living an experience like Davis helps a lot to grow as a player and as a person. An environment like this I had lived against, in Paris (when he lost against Gastón in that Masters 1,000)but not in favour”, assured the 18-year-old from Murcia, who noticed the difference between playing in an individual competition and in one for countries. “When you play in a tournament you play for yourself, and at Davis you also play for your country. It’s a little pressure to represent your team, your teammates and the fans. But on the other hand, that motivates, the encouragement of your teammates and the public”. Alcaraz assures that he will have “Marbella and the Puente Romano Tennis Club” in his memory “always”. “Here I played my first ATP semi-finals and I have played my first Davis Cup match.”

¡@alcarazcarlo03 win the second point for Spain!
2-0 against Romania. One more win away from qualifying for the #DavisCupFinals #Davis cup pic.twitter.com/Jq71K0Vk2r

The jewel of the Navy explained why he had cut his hair the day before making his debut with Spain: “I like to go shaved, I saw it a bit long and the American tour is coming. Also, to debut in such a special competition, you had to be presentable (laughs)”. He also explained that expectations don’t affect him too much: “I try not to put myself under the pressure of being the future of Spanish tennis, number one or the best, as many people tell me. I don’t give it more importance than it has and I follow the path that the team and I have set for ourselves. It’s what I intend to do for my entire career.”

The captain of the Spanish team, Sergi Brugueramade his assessment of the first day of the qualifying tie against Romania, with some difficulty due to a cough: “It was a great day for Spain, with a 2-0 win and two great games. Bautista was surprised by the level of his rival, but then he managed the game very well to win. It wasn’t easy for Carlos to make his Davis debut against an opponent with a service as good as Copil’s, and he dealt with it very well”.