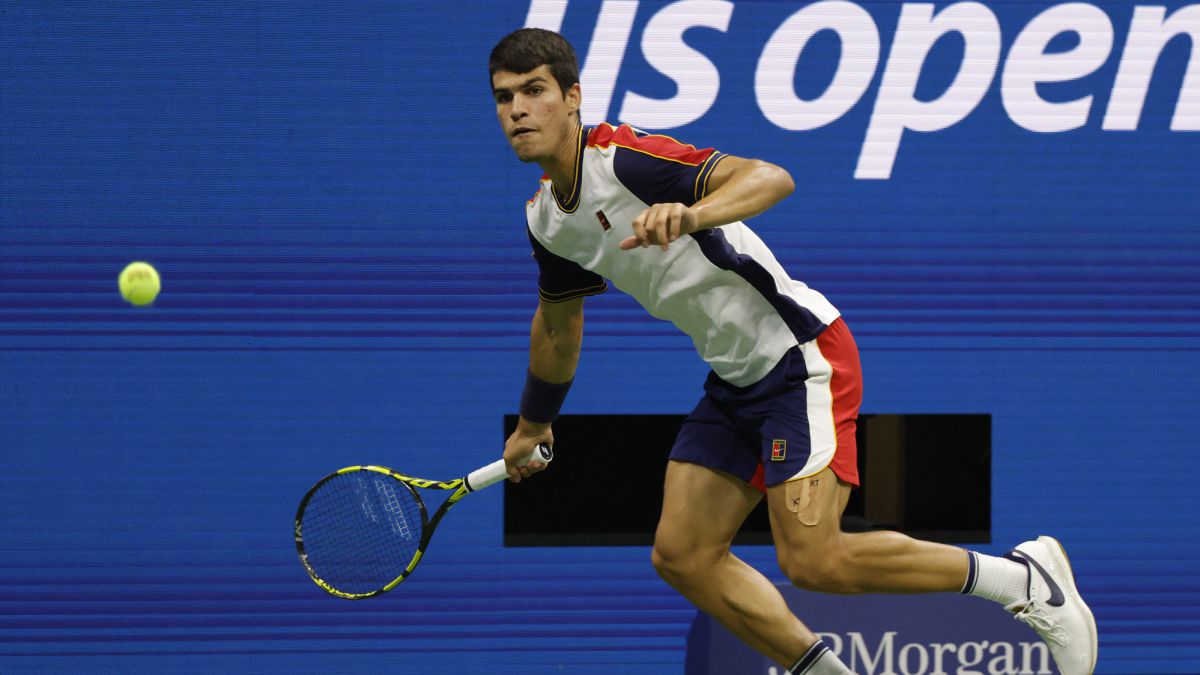 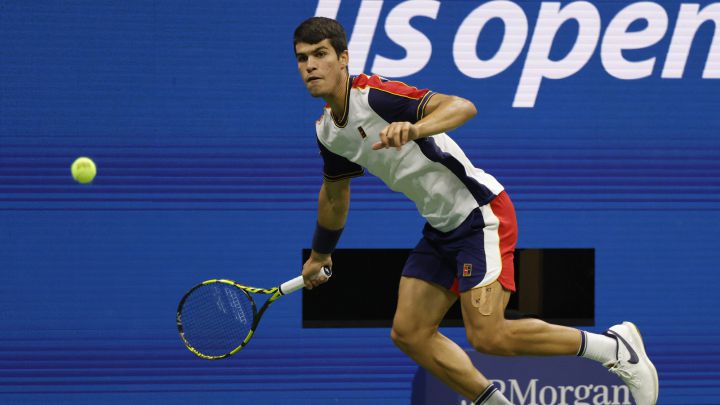 Carlos Alcaraz leaves the US Open after establishing himself as one of the rackets to follow in the tennis world after reaching the quarterfinals of the tournament at the age of 18 and after breaking historical records on the hard court at Flushing Meadows. Some of these records already allow Alcaraz, despite his youth, to be compared with the three great figures of world tennis: Roger Federer, Rafa Nadal and Novak Djokovic.

With his success at the US Open, Alcaraz has achieved a better balance than Djokovic, Nadal and Federer when they contested their first four career Grand Slam. The Murcian closes his first four majors with a balance of 8-4 in his favor. He has also managed to overcome the first round in all of them, something that only Nadal has achieved among the Big Three tennis players.

Alcaraz started this adventure at the Australian Open 2021 where, after passing the previous one, he surpassed Botic Van de Zandschulp (151 of the world) in the first round to fall with Mikael Ymer (95th) in the second phase. The Murcian also had to resort to the previous one to access the final picture of Roland Garros, where he beat Bernabé Zapata (128th) in the first round and Nikoloz Basilashvili in the second phase (31st) before falling to Jan-Lennard Struff (42nd) in the third round. At Wimbledon, where he received an invitation, Alcaraz surpassed Yasutaka Uchiyama (116th) and then fell to Daniil Medvedev (2nd) in the second round. However it has been in the US Open where he has been uncovered with victories against Cameron Norrie (29th), Arthur Rinderknech (83rd), Stefanos Tsitsipas (3rd) and Peter Gojowczyk (141st) before leaving due to injury to Auger-Aliassime (15th).

The Big Three tennis player who is closest to Carlos Alcaraz’s records in his first four Grand Slam is Rafa Nadal, which has a favorable balance of 6-4. The Balearic debuted in Wimbledon 2003 with victory over Mario Ancic (68th) and also beat Lee Childs (489th) before falling in the third round to Paradorn Schrichaphan (11th). In the US Open that year, Nadal beat Fernando Vicente (61st) in the first round. but he could not in the second phase with Younes El Aynaoui (21st). At the 2004 Australian Open, Nadal beat Michal Tabara (215th) in the first round and Thierry Ascione in the second. (87th) to fall in the third round to Lleyton Hewitt (11th). And at the US Open that year, Nadal made his debut with victory against Ivo Heuberger (139th). before falling in the second round to Andy Roddick (2nd).

Somewhat more discreet were the Roger Federer and Novak Djokovic’s first four Grand Slam titles, with a record of 5-4 for each. In the case of the Swiss Federer he fell in the first round of Roland Garros in 1999 against Patrick Rafter (3rd) and in the first round of change at Wimbledon that year against Jiri Novak (59th). Federer did manage to advance in the Australian Open in 2000 after beating Michael Chang (38th) and Jan Kroslak (104th) before falling in the third round to Arnaud Clement (54th). He also managed to go far at Roland Garros that year after beating Wayne Arthurs (106th), Jan-Michael Gambill (69th) and Michel Kratochvil (120th). before falling to Alex Corretja (10th) in the round of 16.

For his part Novak Djokovic has been the only Big Three tennis player who, together with Alcaraz, has played his first four Grand Slam in the same year. The Serbian fell in the first round of the 2005 Australian Open against Marat Safin (4th) and at Roland Garros he beat Robby Ginepri (71st) but he couldn’t with Guillermo Coria (9th). At Wimbledon, Djokovic beat Juan Monaco (68th) and Guillermo García-López (81st) before falling in the third round to Sebastien Grosjean (27th). And in the US Open Djokovic managed to beat Gael Monfils (43rd) and Mario Ancic (24th) before losing in the third round to Fernando Verdasco (48th). A new comparison that places Carlos Alcaraz at the level of the best tennis players in the world … despite being only 18 years old.