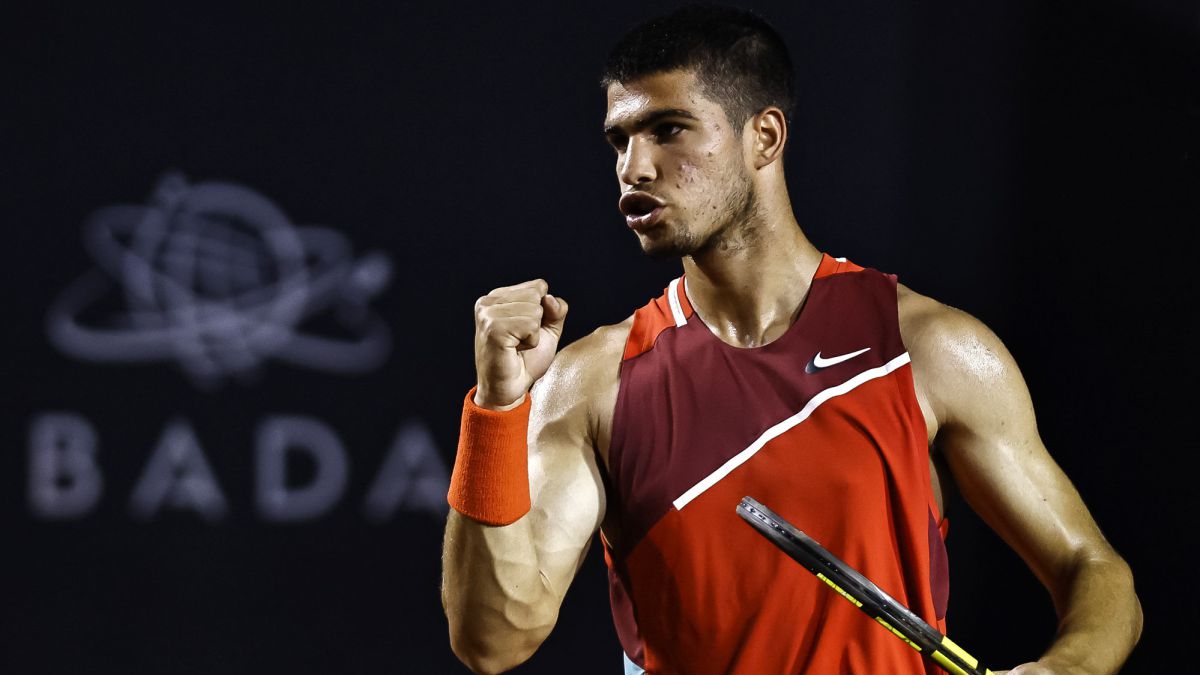 Spanish tennis player Carlos Alcaraz beat Argentine Federico Delbonis 2-0 this morning in the round of 16 of the Rio de Janeiro Openwith partials 6-4 and 7-6 (1), and advanced to the quarterfinals of the only ATP 500 tournament in South America, in which will face Italian Matteo Berrettinifirst favourite.

In the first confrontation between the two rivals, which began on Thursday, had to be interrupted by rain and was restarted almost at midnight this Friday, the Spaniard, 29 in the ATP international ranking and seventh head of the key in Rio, confirmed his favoritism with a 2-0 win in just one hour and 49 minutes.

The defeat prevented Delbonis (37 ATP) from reaching the quarterfinals for the third time in the Brazilian tournament, an instance he reached in 2014 and 2015, and joining his compatriots Diego Schwarzman (14 ATP) and Federico Coria (63 ATP), already entered in the quarterfinals.

Despite entering the top eight in Rio de Janeiro this year, the young 18-year-old tennis player from Murcia will have to face Berrettini in the quarterfinals, the sixth best tennis player in the world, the top favorite in Brazil and that this Friday eliminated the Brazilian Thiago Monteiro 6-4, 6-7 (6) and 6-3.

Alcaraz reached the round of 16 after winning the first round, with an impressive comeback, against fellow Spaniard Jaume Munar (89 ATP) 2-6, 6-2, 6-1while Delbonis did so after an easy 2-0 victory over Colombian Daniel Galán (112 ATP).

The Spaniard, who two years ago played the Rio Open thanks to a special invitation Due to his promising status and he achieved his first victory in an ATP tournament in this Brazilian city, he is the youngest tennis player to enter the top 40 of the world ranking since Rafa Nadal did it in 2004.

In the first round, which began to be played on Thursday night, Alcaraz managed to break the Argentine’s second serve and take the lead, but when he was leading 5-4, he was on serve and two points from winning the set, the match had to be interrupted by rain.

The game, which was postponed for Friday afternoon, it could only be restarted at midnight, also because of the rain, and Alcaraz quickly won the two remaining games, to prevail in the first set in less than an hour.

In the second set, despite the fact that Delbonis broke the Spaniard’s second serve, the Murcian responded quickly with the same coin. The equality was maintained until the end of the match, which had to be defined in a tie-brake, in which Alcaraz showed all his power with an incontestable 7-1.

Delays due to rain forced the organization to postpone the quarterfinal matcheswhich were scheduled for this Friday, and which will have to be played on Saturday, on the same day that the semifinals are scheduled.

For that reason the winners in the round of 16 will have to play a double day and face the semifinals on the same day.

The ninth edition of the Rio de Janeiro tournament, suspended in 2021 due to the covid pandemic, will be held until next Sunday on clay courts of the Brazilian Jockey Club of Rio de Janeiro and offers a prize of 317,400 dollars to its winner, as well as 500 points in the ATP classification.