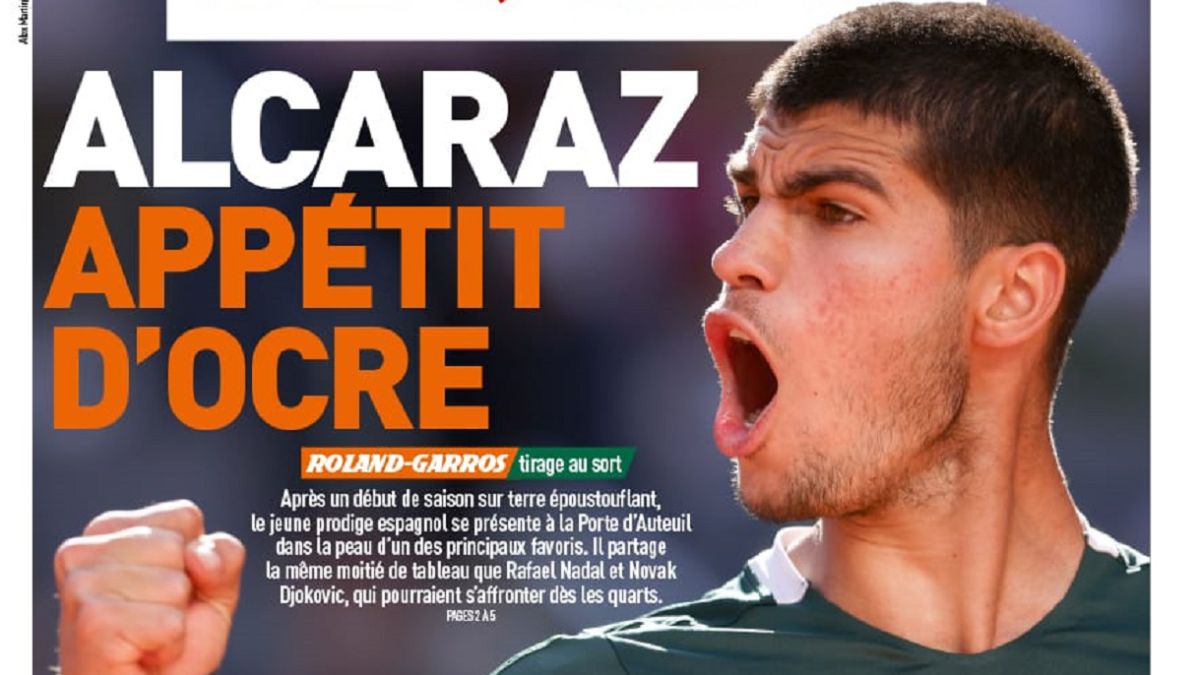 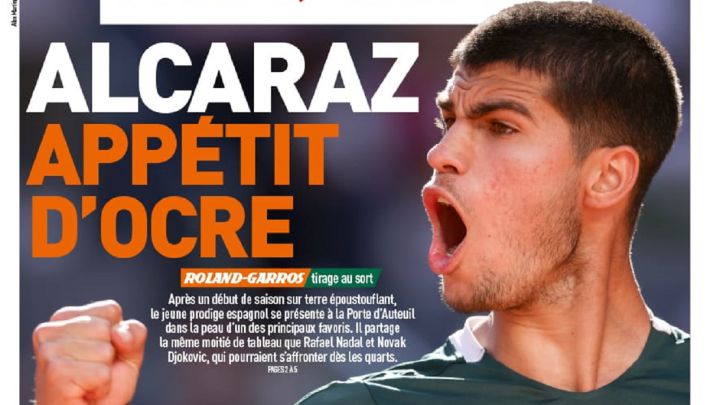 Roland Garros has not yet started and Carlos Alcaraz is already a mass idol in France even before the start of the tournament. Such is the expectation that Alcaraz has raised that L’Équipe, the largest sports newspaper in France, dedicates its cover this Friday to Carlitos with the headline. “Alcaraz, ocher appetite”

On that same cover, the achievements made by Alcaraz himself so far this year and his tough draw in the Parisian tournament stand out. “After an impressive start to the season on clay, the Spanish prodigy arrives at Porte d’Auteuil in the shoes of one of the main favourites. He is in the same half of the draw as Rafa Nadal and Novak Djokovic, They could meet in the quarterfinals.

In its pages, L’Équipe includes a report on Alcaraz’s beginnings in tennis under the headline “In the footsteps of Carlos Alcaraz, the childhood of a prodigy”, immersing himself in El Palmar, his town and where he began to give his first rackets. “I spent hours and hours there. As soon as we couldn’t find it, we knew where we had to go to pick it up, ”acknowledges his father, Carlos, who was also a tennis player.

The French newspaper also collects statements from Alcaraz himself about how it was the first time he picked up a racket. “I don’t remember exactly when I played tennis for the first time, but I’m sure it was playing on the fronton. From the age of five we were four friends with whom I continue to be friends and we played together all the time. You can say that he lived in the club.” Alcaraz stated.

Some skills with the racket that Alcaraz showed from a very young age, as highlighted by his mother Virginia. “At two years old he still didn’t speak, but with the ball he already handled himself very well. In the nursery the educators told us that they were impressed with his coordination, an innate quality that cannot be explained”.

Alcaraz has once again put the name of El Palmar on the map and wants it to resonate even more in the coming weeks if he wins his first Grand Slam title at Roland Garros.