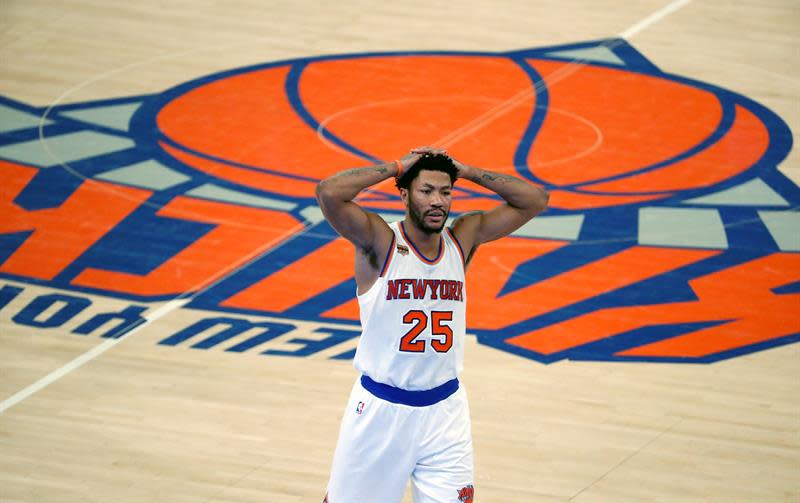 Los Angeles (USA), May 9 (EFE) .- Veteran base Derrick Rose and forward Reggie Bullock scored 25 and 24 points, respectively, as reserves and became the winning surprise factor for the New York Knicks that were imposed at home 100-106 to the Los Angeles Clippers.

Bullock hit five triples against his former team and Canadian guard-forward RJ Barrett had four on his way to 18 points, which also helped the Knicks win, who broke an eight-game losing streak at Staples Center, where they do not beat the Los Angeles. Clippers since 2010.

The Clippers are the best 3-point shooting team in the NBA, but they were only 12 of 35 against the Knicks, who put up great defense.

Forward Kawhi Leonard led the Clippers with 29 points. Forward Paul George added 18, without being a winning factor either, and French reserve Nicolas Batum had 13 with the Los Angeles team that broke a two-game winning streak in what was their last game of the regular season at Staples Center.

The Knicks had a 10-point lead early in the quarter, when they made three triples, and the Clippers dissolved into mistakes and misses.

Leonard returned to the field with five and a half minutes to go, scoring five in a row to lead the Clippers to a 90-96 run.

He and George combined to score all of the Clippers’ last 15 points. Leonard’s 3-pointer cut the Knicks’ lead to 100-104, but power forward Taj Gibson made a pair of free throws that sealed the win.

Power forward Julius Randle finished with a double-double of 14 points and 14 rebounds as the Knicks’ best player in the paint.

Despite the loss, the Clippers (45-23) remain third in the Western Conference, a game ahead of the Denver Nuggets (44-24) who had a bye.

While the Knicks (38-30), who won at the Staples Center for the first time since 2010, remain in fourth place in the Eastern Conference with a game ahead of the Atlanta Hawks and the Miami Heat, both with marks of 37-31.