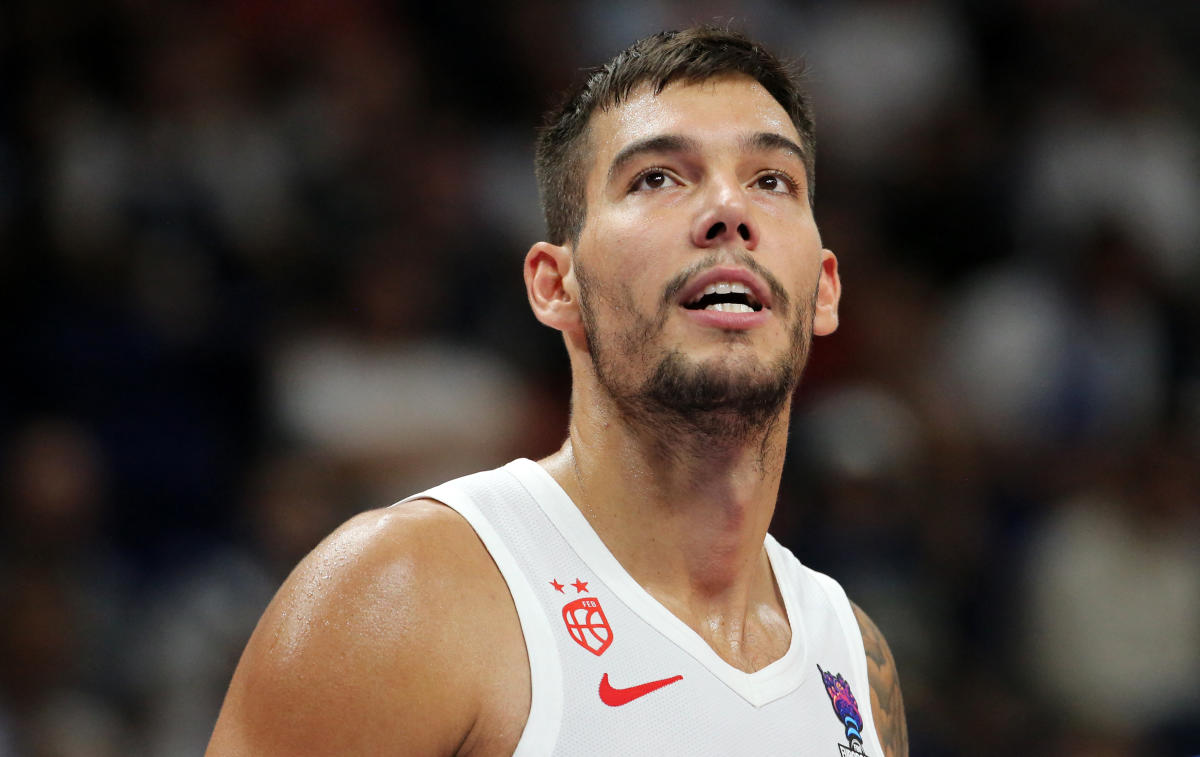 I don’t know where the disagreement between the Spanish press and fans with Willy Hernangómez comes from. I do not say confrontation because there has never been such. It seems that we have simply assumed that Willy is a mediocre player and that there is nothing that can be done with him. Whenever there is talk of something positive about his game, someone appears to remind us that he does not defend well, that he is often confused on the rebound and that he does not always make the best decisions on the court. That it is not Marc Gasol, well, as if it were easy to be.

Willy, like his brother Juancho, has spent the last few years in the background bordering on condescension. At last he has been shown to be unfair. The career of the pivot formed in the Real Madrid youth academy is not prodigious, but we have set the bar very high for him. What would we say twenty years ago of a player who endured seven seasons in the NBA and averaged eight points and seven rebounds per game in just fifteen minutes? Granted, he’s not a star or even close to it, but he’s made his living in America and he’s earned it very well, with some really notable games. Much more than a 35th draft pick usually gets.

In the selection, three quarters of the same. Willy was European champion in 2015 and world champion in 2019. He also participated in the Rio 2016 Olympics (bronze medal) and in Tokyo 2020 (sixth place). Of course, with the two Gasols up front, their limitations were more noticeable than ever. Willy, we have already said, is not a virtuoso, he is not a generational player and, for whatever reason, he has not managed to win over the public, despite never having any particularly serious outburst. One understands the polarization around Rudy Fernandez, who has also unfairly affected judgment on his game, but Willy Hernangomez? Hadn’t we agreed that his problem was being a piece of bread?

Not even the Madrid fan has made Willy’s flag. Real Madridista, like his father, when he left, some seemed to breathe a sigh of relief. Having a player of your own in the NBA is a huge source of pride, but neither the club as such, nor its supporters, nor the related press, highlight their successes too much. Everything, until this year, the summer in which, finally, faced with the avalanche of casualties and the need for a change of guard, Willy seems to be redeeming himself from all the supposed sins that nobody knows what they consisted of.

To begin with, in August they gave him the award for the best international player at the Spanish Basketball Gala organized by the FEB and the Marca newspaper. Okay, they weren’t going to give it to Aldama… but at least it was public recognition of his season with the Pelicans and, above all, his unfairly undervalued career in the NBA. In the national team, on the track, little by little he began to understand his role and gain confidence. His evolution has been such that he has become one of the best players in the Eurobasket, with averages of 17.9 points and 7.1 rebounds in 21.5 minutes of play.

Okay, one of the criticisms that Willy is always leveled at is that his stats don’t match his impact on the game. It may have been that way for many years, but now that he’s 28, I don’t think he can be blamed for this flaw, or at least not in this competition. Willy has obvious problems defensively and that’s why Scariolo occasionally opts for Garuba in the five spot even though he’s considerably lower, pairing inside with Joel Parra or even Pradilla.

Now when Willy plays, he’s unstoppable on offense. Against Finland, in the quarterfinals, he led the comeback in the third quarter and finished with 27 points, 5 rebounds and a huge block on Lauri Markkanen, the great rival star. In the 24 minutes that he was on court, Spain scored fifteen points more than his rival. If you wanted impact, there you have it. He no longer makes absurd medium-long distance shots, he continues to run the counterattack wonderfully for his 2.10 and at least he’s an intimidating presence on defense even if he tends to be thrown off by changes and assists.

The curious thing about all this is that people still don’t talk enough about him. When the quarterfinal match ended, all the praise went to Sergio Scariolo, Rudy Fernández and Alberto Díaz. Flattery more than deserved, of course, but perhaps should be shared with the top scorer and top rebounder of this team. We are experiencing a full-fledged redemption, but some seem not to know it yet. I am convinced that the first game we lose, it will be his fault. He does what he does. Sometimes, we are a bit comfortable in our prejudices. And about Willy Hernangómez there are still too many flying.

Video | Spain, to the semifinals for the 11th time in the Eurobasket

Other stories that may also interest you: