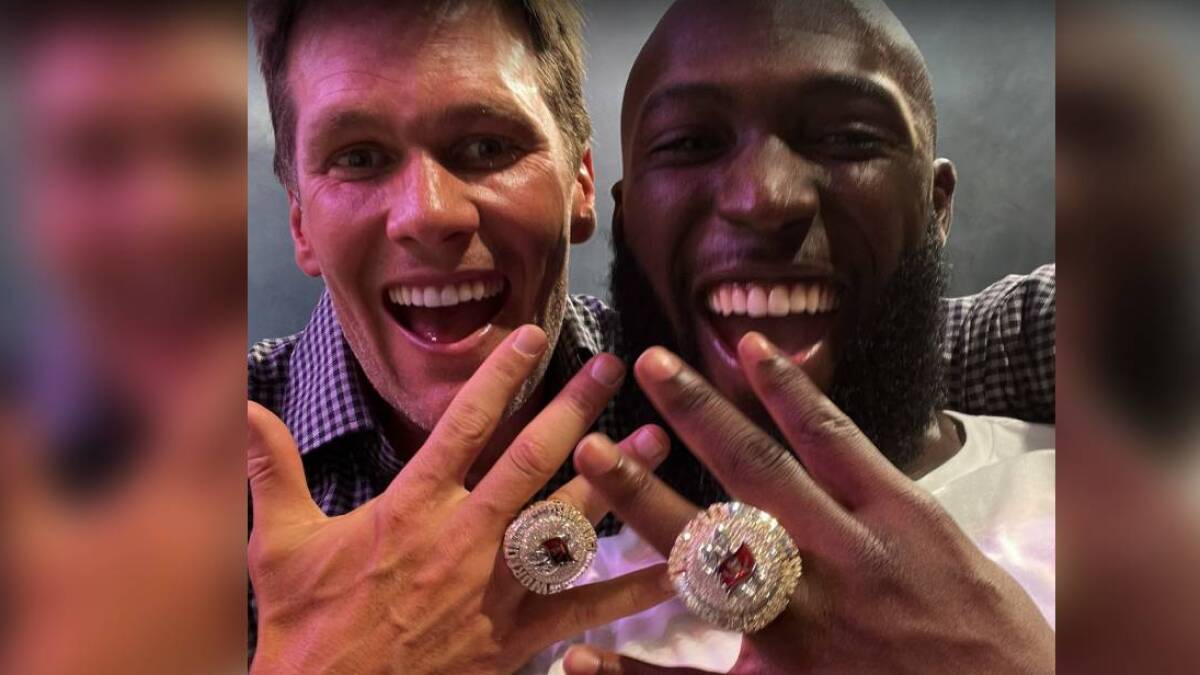 Tom brady and the Tampa Bay Buccaneers received the rings that accredit them as champions of the NFL after defeating the Kansas city chiefs, a unique jewel that is not only as special as the championship itself, but also in its avant-garde construction.

It was in a private ceremony in which the awards were given and the QB himself assured that it is the most spectacular of the seven that he already has and if anyone can talk about it, it is him.

The characteristics with which the jewel was decorated is part of the work in which players and team managers collaborated, so from the design there are important details, such as the 9 diamonds on the left side, which represent the lowest amount of points received in a Super Bowl in all of NFL history.

On the right side he has eight diamonds which are the eight wins in a row that the bucks got to win on Super Sunday.

The 359 diamonds at the top represent the final score for Super Bowl LV 31-9.

In addition, this is the first ring that has a removable top where the word Historic appears, in reference to the Buccaneers being the first team to win the Super Bowl at home.

To add to the spectacularity there is the Raymond James Stadium itself and the scoreboards they got in the playoffs.

By the way, players will have to pay taxes for having received their NFL championship rings, an amount close to $ 10,000 US dollars (a figure greater than $ 200,000 Mexican pesos) and that amount will be deducted from their salary pay.

Brady and company will receive juicy prizes for being champions