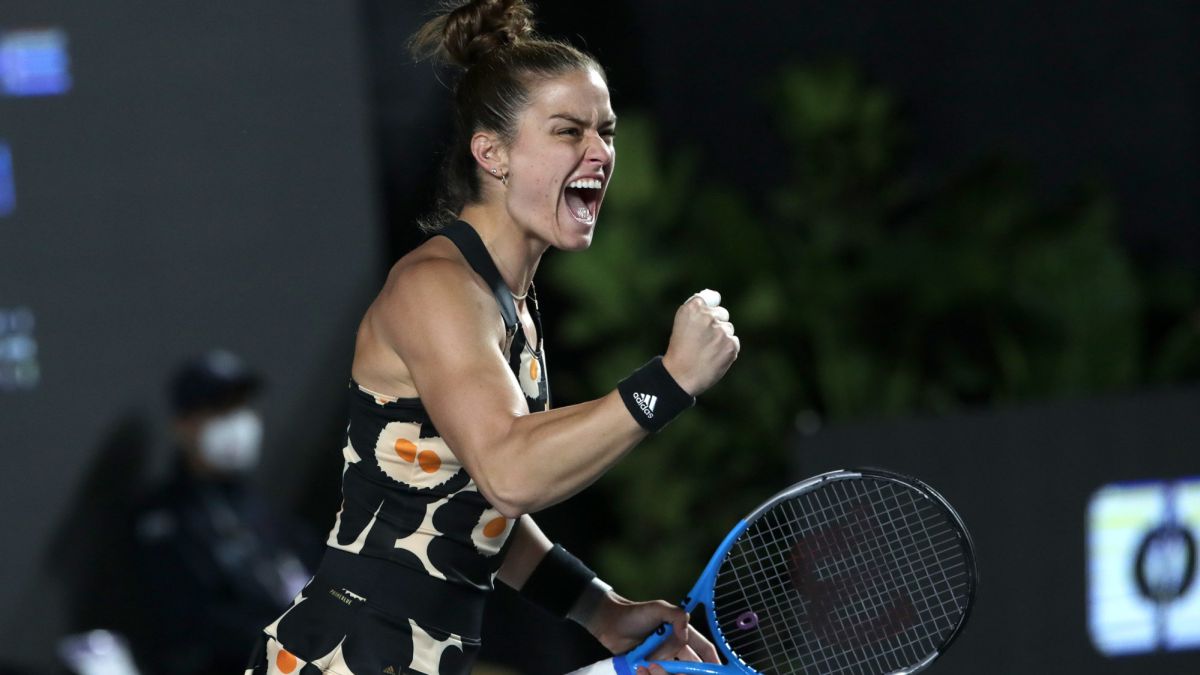 The greek Maria sakkari, sixth in the world ranking, beat the Belarusian 7-6 (1), 6-7 (6), 6-3 on Monday Aryna Sabalenka and qualified for the semifinals of the Akron WTA Finals that is played in Guadalajara, Mexico.

The start of the game was with a break from each side. After which Sabalenka proposed more with his fearsome serve and his successful returns from different angles of the court, but Sakkari held on.

In the eighth game the Belarusian made a break and escaped 5-3, however she could not close the game due to a double fault, with which Sakkari, after winning the point with his serve, equalized the set, and caused the ‘tie break’.

Sakkari was impeccable with her service, Sabalenka otherwise, committed two double faults when trailing 2-1 and was erased in the remainder of sudden death.

Despite committing numerous unforced errors in the second set, Sabalenka took a 4-3 lead on the Greek’s serve, which remained focused and in the 10th game, when the Belarusian served for the set, he broke his rival’s serve for 5-5.

Sabalenka went ahead with Sakkari’s serve, in the eleventh game, but did not confirm, the Greek tied again and again they went to the tie break, which Sabalenka won 8-6.

After a couple of breaks on each side in the first five games of the final set, Sakkari took advantage of Sabalenka’s double faults, who made 20 in the entire match, broke in the seventh game and secured the victory

The WTA Finals, which takes place in Guadalajara, with a prize pool of five million dollars, will have this Tuesday the phase of the four best with the duels between Badosa and Muguruza, early in the morning and the Estonian Annet Kontaveit against Sakkari, at night.