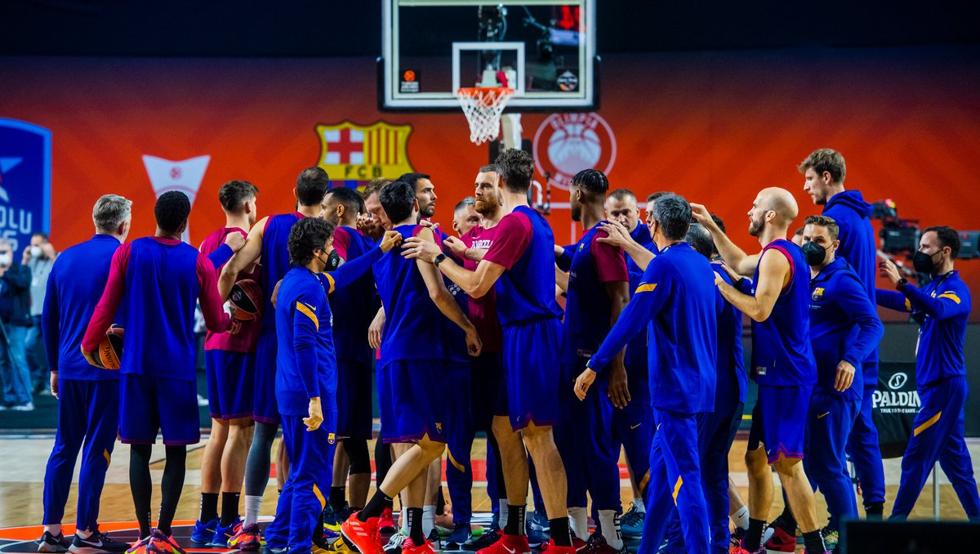 The Final Four that will crown the Euroleague champion this weekend in Cologne (Germany), behind closed doors due to the pandemic, will be the premiere of a new category of public: the virtual, thanks to a technology of Spanish origin that will give an immersive experience for 14,210 fans.

The tournament that will choose the best team in Europe between Barça, Russian CSKA Moscow, Turkish Anadolu Efes and Italian Armani Milan at the Lanxess Arena in Cologne will not be able to receive public due to epidemiological conditions. This difficulty forced the Euroleague to look for alternative ways to involve the fans.

“We have worked on two lines: how to bring the final to the home of the fans, mainly through content, and how to bring fans virtually to Cologne, and for that we have relied on technology to make it possible “, explains to EFE the director of marketing and communication of the Euroleague, Álex Ferrer.

For this first objective, the Euroleague has teamed up with a Californian company of Spanish origin, YBVR, to create the ‘Final Four VR Pass’, a paid subscription to witness the four matches in the closest way to being in the pavilion, thanks to four cameras with 180 degree perspective, in addition to the eight that are used in television production: twelve different points of view between which the viewer will change at will.

“It’s a ‘Final Four’ subscription, of which we will sell a maximum of 14,210 tickets because it is the number of fans who would have been in the Cologne pavilion “, details Ferrer. The Euroleague first offered this subscription to fans who have bought tickets in previous years, subscribers to its television service, subscribers to television services and club members.

The user who contracts this subscription may watch the games both in virtual reality glasses and on your mobile or computer, choosing at all times which is the game perspective you want to have, served in 8K quality at 60 frames per second (almost double than usual) and without delay in the change of planes thanks to the technology of YBVR, a company to horse between California and Madrid.

“The most interesting thing is that this is the first time a virtual ticket has been offered. We are creating a new category of rights, which are no longer television rights, but immersive rights. It is a disruption, “says the founder of YBVR, Héctor Prieto, who attends EFE by videoconference from Atlanta (United States).

According to Prieto, its technology opens the door for sporting events to offer two types of tickets, face-to-face and virtual, which will continue after the pandemic. “When the covid-19 has forgotten us, we will see that on the ticket websites you will be able to decide between physically going to an event or watching it from home, because it is very expensive or you do not feel like traveling, and the experience will be so real that you will not remember if you were or not, “he says.

This company, which came into contact with the Euroleague after being selected in the technology companies contest of the ‘Fan XP Challenge’ competition, has previously carried out similar projects for the Davis Cup, the Mutua Madrid Open or more recently the Australian Open, where they offered virtual tickets in the women’s final between Naomi Osaka and Jennifer Brady. Among its investors are ‘telecos’ like Verizon or Telefónica.

This virtual subscription is complemented by other content such as ‘Final 4 Fans’, an eight-hour-a-day program through YouTube and Facebook created thanks to the support of another Spanish technology company, Watchity, and with the use of augmented reality in the presentations of the equipment, thanks to the technology of the Italian company Filmmaster Events.

A 46-METER SCREEN TO MAKE THE FANS PRESENT

The second objective of the Euroleague was to present the fans who were not going to be able to be in Cologne. For this, the organization has arranged a huge screen, 46 meters long and 3.5 meters high, deployed all over the side of the benches and the corners.

“There we will have a virtual stand: people who will be watching it on their computer at home, will have the camera connected and we will move them virtually to the seats of the screens, “explains Álex Ferrer. Through a videoconferencing platform, the selected fans will watch the game while their reactions are collected live and reflected on the screen, which is in the camera shot of the television production.

Along with this technology, the organization intends to enrich broadcasting by microphones for referees and coaches during matches, and will use an optical tracking system of player movements offered by the Second Spectrum company, which works for the American NBA, whose data Statistics will allow you to generate tactical video content.

DIGITAL RETURN TO COMPENSATE FOR LACK OF DIRECT SPENDING

The Euroleague trusts that all these elements will allow them to offer a return comparable to that of a face-to-face final to both the organizing city and the sponsors, who are already very used to working in a purely digital scenario after more than a year of pandemic.

“It is clear that the direct impact of the spending of fans in hotels, restaurants and others does not have. But this is a part of the return, the part of media return and exposure always has a greater weight … We hope that this growth in interest and people following the Euroleague will compensate for this lack of direct spending. “, argues Ferrer.

The data handled by the Euroleague, based on a survey by the consulting firm Nielsen, is that in the last two years the interest of fans in the competition has increased by 26% in their target markets (Greece, Serbia, Lithuania, Turkey, Italy, Israel, Russia, France, Germany and Spain).

“Exposure on digital channels compared to today are two different worlds. If you put all that in a balance, the impact will be at least equal to or even higher than the last one,” adds the Euroleague executive. The last Final Four, in Vitoria, had an impact of 56 million euros. The challenge of the Euroleague is to hang the ‘no tickets’ … virtual.