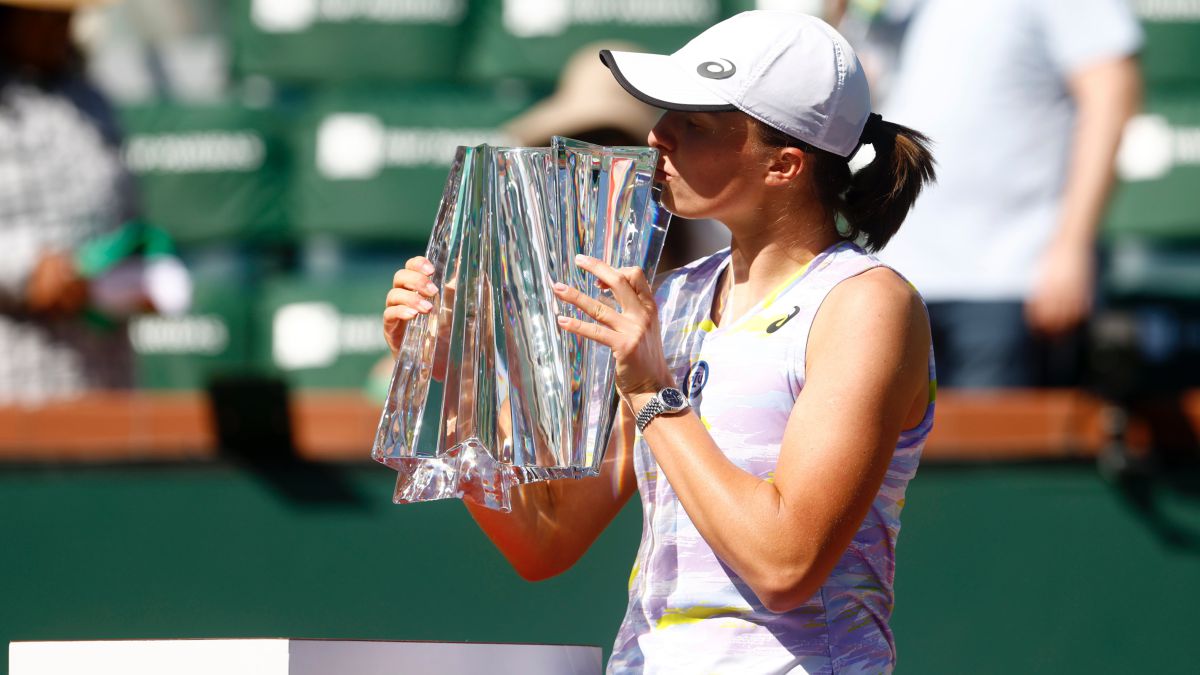 Iga Swiatek was crowned yesterday as the 24th different champion in the 46-year history of Indian Wells after winning the final with superiority (6-4 and 6-1 in 80 minutes) over Maria Sakkari. She succeeds Paula Badosa in the list of winners and is the first Polish winner of the tournament, second runner-up after Radwanska, who was in 2014. His triumph allows him to equal an achievement of his compatriot, being number two in the worldwhile the Greek is third in the ranking, also her best position.

Up goes the racket again 🙆‍♀️

“They say that the (glass) trophy weighs a lot and I’m afraid it will fall,” joked the winner, who added five breaks and only lost his service once. “We are united by solidarity with Ukraine”, she concluded, excited and nervous, at the award ceremony.