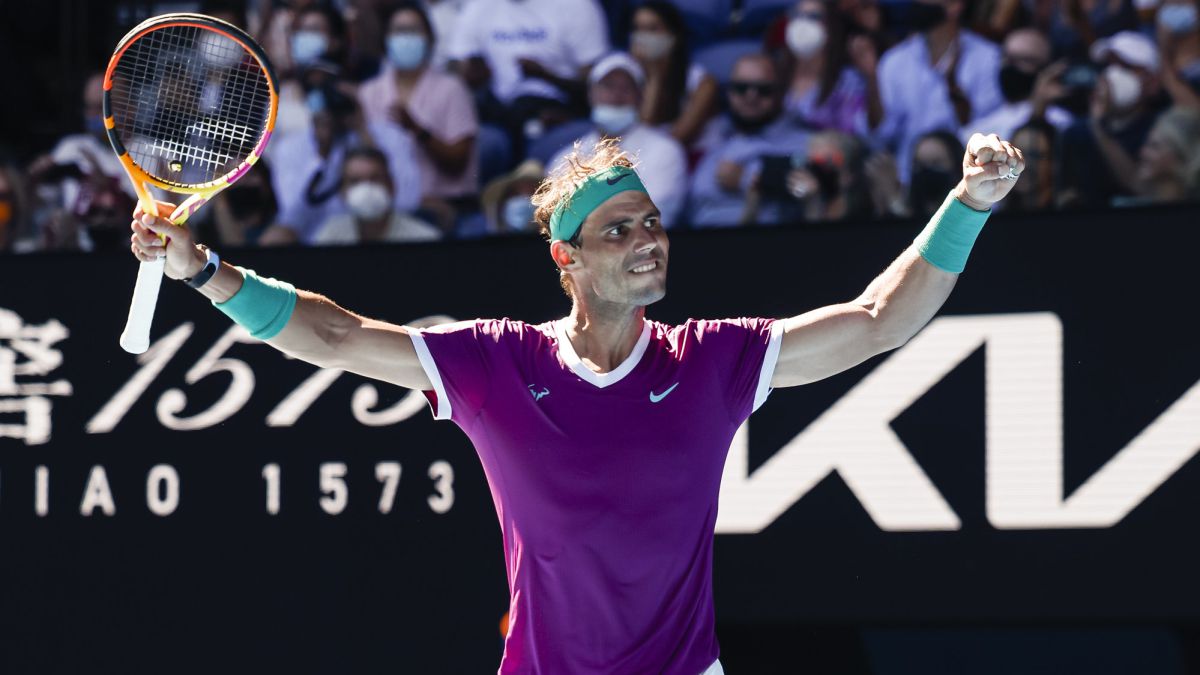 After spending five months without being able to compete and seven without playing a Grand Slam due to the chronic ailment he suffers from in his right foot and that torments him practically from the beginning of his sports career, Rafa Nadal is in Melbourne, at the Australian Open, where he tries to materialize the umpteenth comeback into something positive to the tracks in a race conditioned by injuries. To make matters worse, days before leaving for Oceania, he contracted COVID, with strong symptoms that left him “powdered”, according to what he said.

After beating Giron and Hanfmann without too many difficulties, this Friday (around 10:30, Eurosport) the Spaniard faces his first ‘mountain’, the first real rival who can really measure his condition. It’s Karen Khachanov, a dangerous tennis player even though Nadal overwhelmingly dominates him in the face-to-face (7-0). In fact, the 25-year-old Russian and 30th in the world has only won one set from the Spaniard so far. It was at the 2018 US Open, in a third-round match, like the one they will play now. The winner of 20 majors arrived at the event touched (he retired in the semifinals against Del Potro) and Khachanov pressed him beautifully in all four sets.

“It will be a great challenge. It’s always against Karen. In my situation. it will be even more so”, says Rafa, who alludes to the lack of competition and his recent health problems. “I don’t have a lot of pressure on my shoulders, honestly. I don’t feel it. The pressure is just to stay healthy and enjoy the fact that I’m racing again, and then give my best like I’ve done my whole career. I hope to do things better every day”, warns Nadal, who acknowledges, however, that he is “excited to be able to play another match after what has happened”.

That emotion is palpable in how the multi-champion celebrates almost every point and in how his team applauds them from the stands: Carlos Moyá, his friend Marc López, which has joined this year, Benito Pérez Barbadillo, Carlos Costa… There is euphoria in an environment that understands what it has cost Nadal to be competitive again, to start from scratch. And the duel against Khachanov is presented as a litmus test to see if the work that he never shies away from bears fruit, with the added difficulty that the match against Khachanov will be played at night, in conditions that do not favor him, but with which he could other times, in other returns.