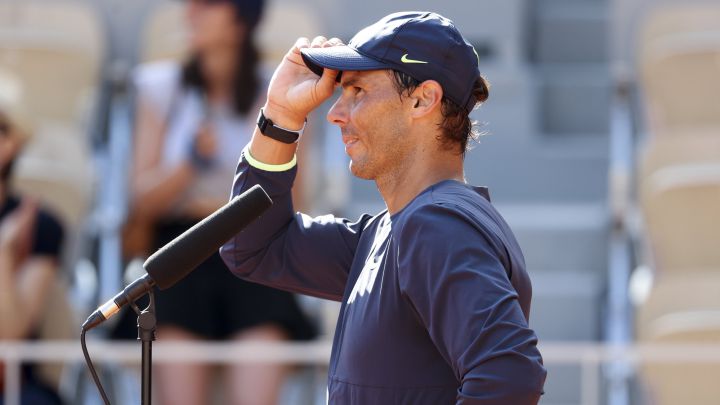 The Spanish Tennis Federation is awaiting the decision made by Rafa Nadal about his participation or not in the Tokyo Olympic Games (July 23 to August 8) to be able to offer the list of players. representing the Navy in the most important event in world sport. In principle, the four classified would be Nadal, Roberto Bautista, Pablo Carreño and Alejandro Davidovich, with Albert Ramos as an alternative and Marcel Granollers, with the possibility of choosing a couple that is among the 300 best in the world, in the doubles modality. As for the girls, Garbiñe Muguruza, Paula Badosa and Sara Sorribes would have a guaranteed place, and Carla Suárez, with a protected ranking of 68, still has options to enter if there are casualties and due to the surplus of American, Russian and Czech players, Carla Suárez .

The individual tables will be formed by 64 tennis players, 56 who enter directly if they meet the requirements, among those who have participated in the Davis Cup or the Federation Cup, and another eight chosen by the International Federation (ITF) by criteria of universality, Olympic medals and birth in the organizing country. In doubles there are 32 pairs per frame, 31 by direct acceptance and one from Japan. The top 10 players in the classification are sure to enter.

The roadmap of the process is as follows: next Monday, June 14, the deadline is closed with the ATP and WTA rankings that are published. On Wednesday the 16th, the ITF communicates the classified athletes to the federations, who have until Tuesday the 22nd to confirm their teams. Once this is done, the squares will be reviewed and the appeals for the inclusion of tennis players that were requested in advance to the national organizations.

“I don’t know yet, I can’t give a clear answer because I don’t know. In a normal world I would never think of missing the GamesSure, we all know how important they are to me. In these situations, I don’t know, we’ll see in a couple of months, “said the Spaniard, who is on the verge of the Roland Garros final, in the preview of the 1,000 Masters in Rome, last May. “In a normal year, I know almost one hundred percent my calendar since January 1, but this (due to the pandemic) everything is different. Now we need to be flexible and adapt to everything that is happening. We have been in a pandemic for almost a year and a half and decisions are made more in the short term than in the long term. It also influences that I am almost 35 years old, so I decide based on what my head and my body demand of me at all times “he added.