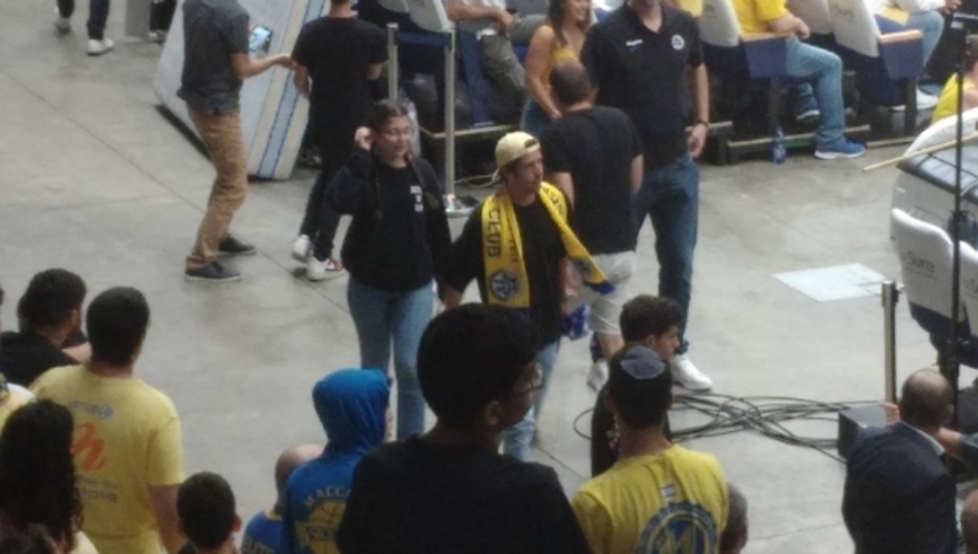 Sergi Roberto and his wife, Coral Simanovich, continue with their vacations away from the noise generated by the future of the FC Barcelona player, for the first time in his career on the transfer list. With no options to play the Eurocup with the Spanish team due to his latest muscle injury, the Reus player spends time between the beach, the pool and basketball, not playing it, but as one more fan of the Maccabi Tel Aviv in Israel, his wife’s country.

This weekend he was seen in the Menora Mivtachim Arena, better known as the Yad Eliyahu, cheering Maccabi Tel Aviv in the first match of the Final of the ‘playoff’ for the Israel League title between the Maccabi Tel Aviv and the Hapoel Gilboa Galil Elyon. Uniformed with a scarf, he gave luck to the yellow team, which prevailed 83-74 to lead in the series.

The couple, with VIP tickets at the foot of the track, was captured by the cameras of the pavilion, which focused on it, being applauded by the attendees.