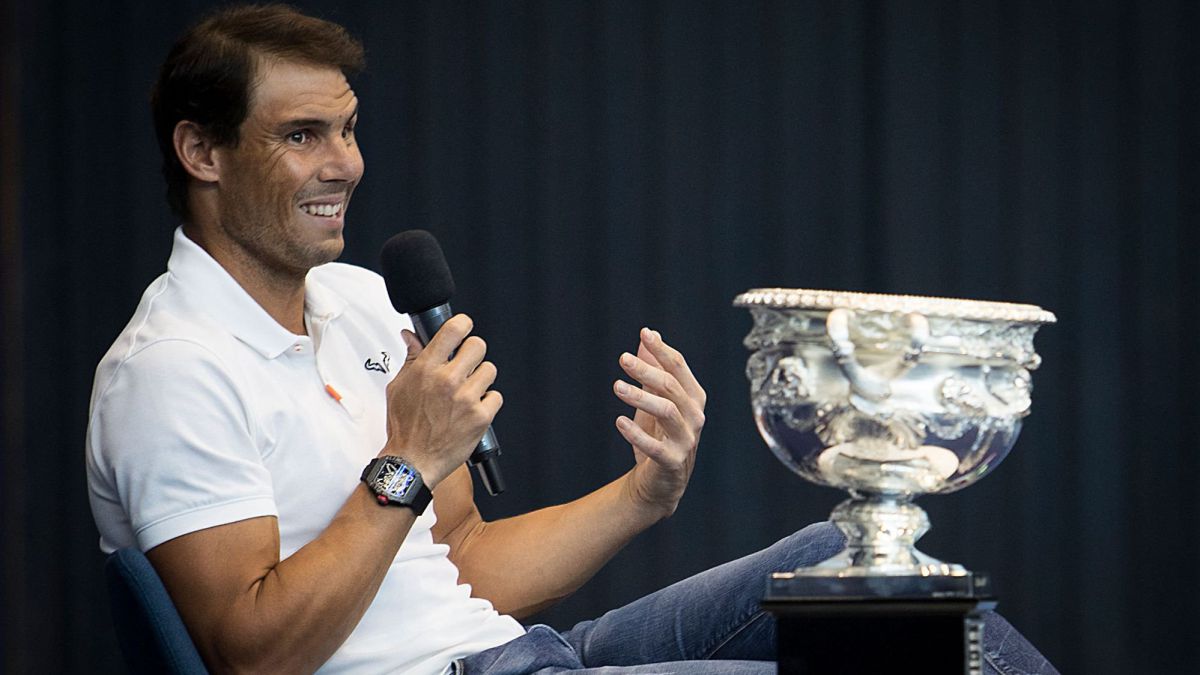 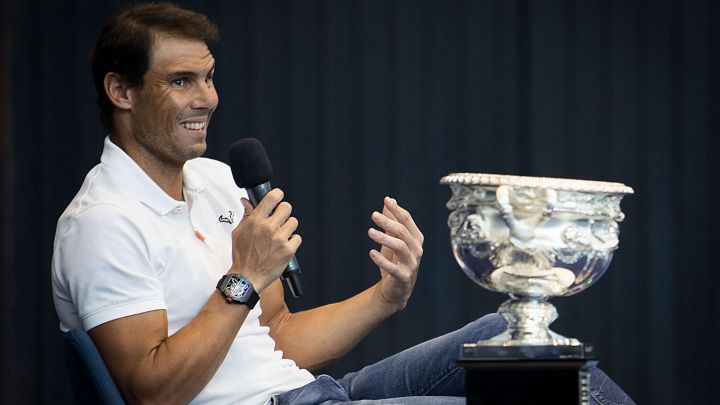 Rafa Nadal has assured that it is “important to live with imperfection”since it does not aspire to become “a robot” or to give up “some art and fantasy”, in addition to revealing that one of the main reasons he continues to play tennis is that he has learned to tolerate “success and failure in a similar way”.

“It is important to live with imperfection, accept that things are not always going to be perfect. From that basic principle, one better accepts challenges, mistakes and failures. Many people take failures very seriously, they tolerate them badly. When one strives to achieve a goal, for me it will never be a failure, it will be an unfulfilled goal.“, he declared during the event ‘The important thing, health’, organized by Cantabria Labs at the Rafa Nadal Academy by Movistar.

During the colloquium, the Spaniard, winner of 21 ‘Grand Slam’ titles, recognized that “there are mornings in which it is more difficult for all of us to go to work, because we have had a bad night or you wake up more tired”, but that the fundamental It is the attitude. “If the real danger is boredom or failure? Normally, people who succeed and who have continuity in success is because they have the necessary attitude to go to work, a suitable predisposition. It is evident that not every day of your life you are going to give your maximum; there are days when your body allows you to give 100% and there are others when it allows you to give 80%; On the days that it allows you to give 60%, you have to give 60%, not 20%,” he said.

“It is important to have real inner humility, not false humility, to accept that things don’t always go well; one tolerates bad times better. One of the keys to continuing to play tennis today is that I have tolerated success and failure in a similar way. Nothing is so fantastic and nothing is so dire; there are good and bad moments. On an emotional level, you have to maintain a middle line“, he pointed.

In this sense, he confessed that “he does not” like “the word ‘failure'” excessively. “Failure is not trying. If I am going to play the Australian Open and I lose in the first round but I have made an effort and I have had the right attitude in preparation, I have simply lost.. In all tournaments, half of the players lose in the first round,” he said.

Regarding his concentration on the track, the man from Manacor believes that everyone must find their own way to achieve it and that “there is no absolute way” to do it. “I am of the belief that the less strange things you need to do to concentrate, the better. And one tells you that when he plays he has some specially marked rituals… I would like much more not to do them,” he revealed.

“That doesn’t sound like an excuse, but tennis is a mentally aggressive sport, demands you at all times; the smallest mistakes send you home. One has to find a way to be 100% focused, without being distracted by external things. I have achieved it by doing all these things that I do, although sometimes I don’t. As a general rule, I am a concentrated and intense person. I don’t know if it’s positive or negative, but having rituals works for me. When I train I don’t have any ritual, but competing gives me that security and that isolation,” he added.

He also spoke of his care as an athlete and revealed that he has always been “a very unmethodical person.” “I was a disaster in nutrition until about ten years ago, then I started working with nutritionists”he stated.

“I have not been an obsessive person in general care, but I have been very constant in the intensity at work. Normally, I try my best and with an attitude that has taken me where it has taken me. I am very clear that over the years, all those things I did when I was 18 or 20 years old, when the adrenaline came out of my pores, you can’t do as much and you need to take care of yourself. Food, rest periods… I have had to push myself, it has been an effort. I don’t believe in perfection or becoming a robot, there has to be some art and fantasy.”

Finally, Nadal assured that everything he has done in life has never been out of obligation. “I don’t think I’ve made many sacrifices. What I’ve done has been because I wanted to, it wasn’t an obligation,” he said. “There are intangible things that one needs to be happy. One has to combine health with pleasures that allow one to carry out one’s professional activity with enthusiasm”he concluded.