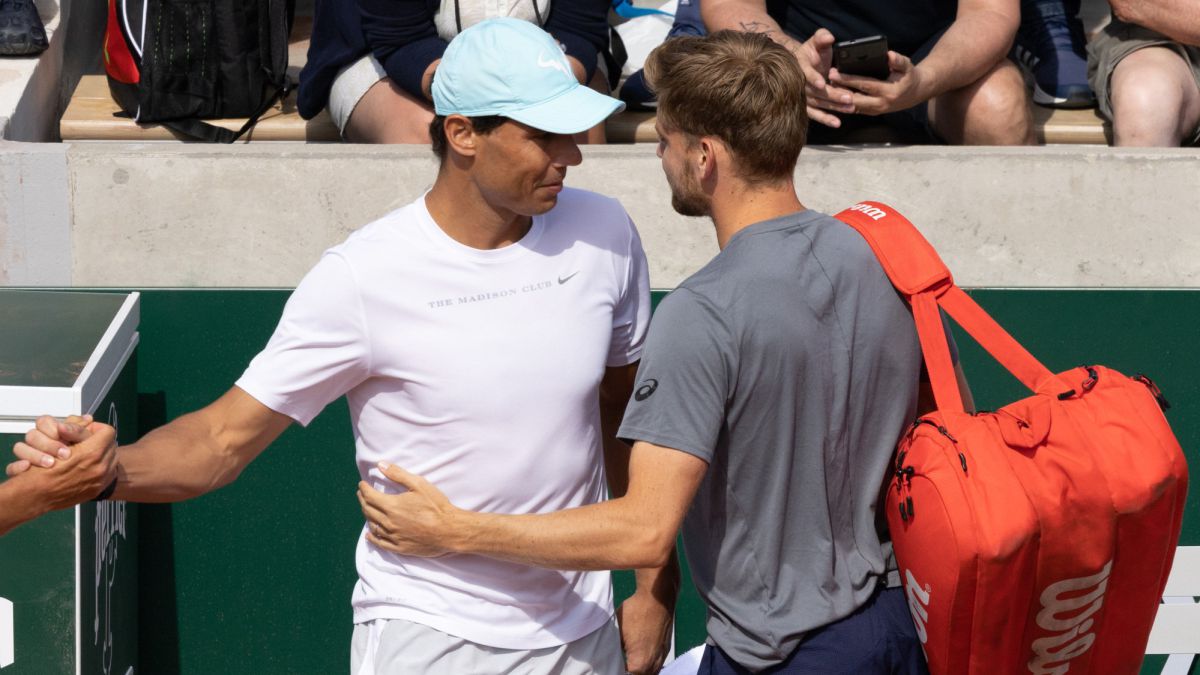 Rafa Nadal has prepared the best he could for the start of his 18th participation at Roland Garros. He faces this Monday (around 4:00 p.m., Eurosport) the Australian Jordan Thompson (1-0 dominates the Balearic) after having trained for ten and a half hours in five days, three of them in double session.

He came short of games and training after the rib injury that prevented him from competing with guarantees against Fritz in the Indian Wells final and the pain in his left foot that weighed him down in his round of 16 match in Rome against Shapovalov. That’s why he decided to squeeze in Paris. On Wednesday he rehearsed in the afternoon with Munar. On Thursday morning he rallied with Sinner and in the afternoon with his coaches, Carlos Moyá and Marc López, and his inseparable physio, Rafael Maymó, who have accompanied him from the beginning, such as Dr. Ángel Ruiz Cotorro, whose direct supervision gives Rafa so much confidence, who is convinced that the foot will not bother him in the French capital. On Friday, morning shift with Korda and evening solo. On Saturday, Goffin sparred for him before the afternoon warm-up; and on Sunday, a single training session in which Pedro Martínez helped him.

This scheme worked for Nadal other times and he hopes that it will work for him again along with his tennis, which has scored high throughout the season. The 13-time winner of the tournament is looking for his 106th victory on a Parisian land in which he has only lost three times and in which he has won more than 23 million euros.