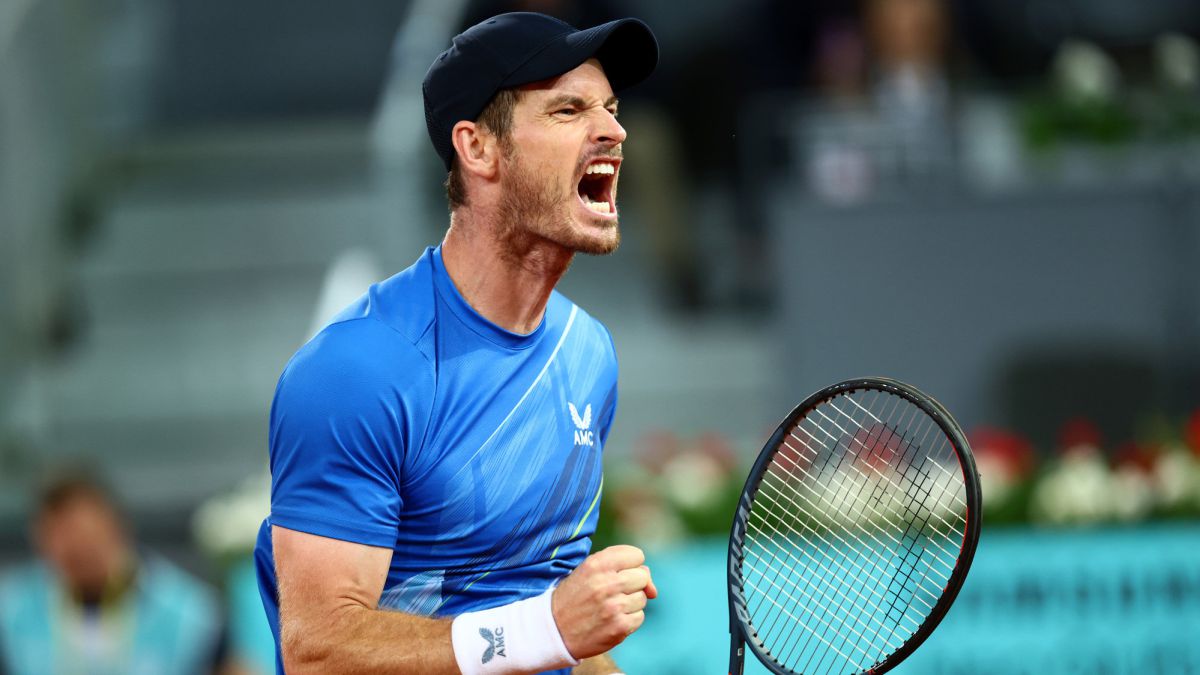 just a few years ago, hearing about a match between Andy Murray and Dominic Thiem would have sounded like a big match, practically Grand Slam final. In fact, the Briton has three and the Austrian one more. However, ongoing injury problems torpedoed the careers of both tennis players, who quickly went from glory to mud and Now they try to take flight. In today’s duel at the Caja Mágica, with an agonizing background, it was Murray who won a soothing victory.

Despite being a first round match, there was a lot at stake in the Manolo Santana. Dominic Thiem was playing his fourth match so far this season, since a torn wrist forced him to stop in June 2021. He returned a few weeks ago, but their three clashes to date had ended with the same result: defeat. Today, history repeated itself for the winner of a US Open who does not seem to be the same. He had the advantage of playing on clay, a surface on which he has always been a specialist (in Madrid he has reached the final twice) and on which, moreover, his rival had not played since Roland Garros 2020 and had not won a match since 2017. Murray, a double champion in Madrid, had forgotten about clay in his career, and was already training on grass until he was surprised by an invitation from the organization.

At 34 years old, Murray is not the same tennis player who a few seasons ago stood up to (and won) the ‘Big Three’. Three hip operations put the Briton’s career in check, who continues to play tennis mortgaging his long-term health. In today’s match against Thiem, Murray exploited one of his strengths, the serve (nine ‘aces’, to which the Austrian had no answer. ‘Domi’ was never successful with the rest, and when he tried to deal damage with his right, he missed by a considerable distance. Faced with Thiem’s ​​constant mistakes, which he ended up desperate, Murray only had to limit failures, playing sober tennis. The British thus dealt a heavy blow to the reconstruction of Thiem, and continues with his immaculate 100% first round win of the Mutua Madrid Open. Murray will play tomorrow against the winner of the Humbert-Shapovalov.

In the rest of the day, the first round continued to be resolved in the men’s draw. Diego Schwartzman found certain complications to beat Benoit Paire, but the Frenchman’s crazy head appeared once again in the last set, leaving a result of 6-2, 6-7 and 6-1. The first top-10 seed to start in Madrid was Cameron Norrie, who defeated the always tough Kwon by a double 7-5. The Bulgarian Dimitrov is also in the second round after beating Cressy 6-2, 7-6.