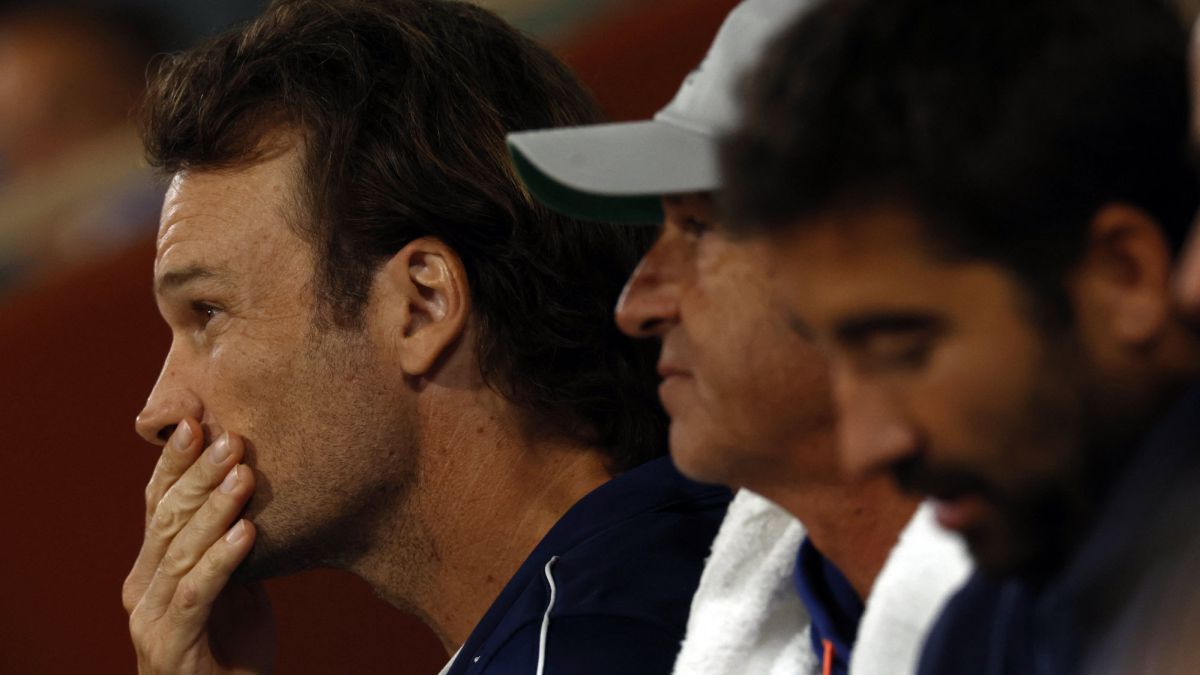 On the first completely sunny and hot morning in Paris so far this tournament, Carlos Moyá attends AS and two other Spanish newspapers, minutes before the training of Rafael Nadal, without public or cameras, at the Jean Bouin Tennis Center. Francis Roig and Marc López, the other two coaches from the Balearic Islands, wait while the physio, Rafa Maymó, places the necessary material for daily work under the gaze of the agent, Carlos Costa. Off the track are the player’s father, Sebastián, and two of his uncles, Miguel Ángel and Rafael. At that point, there are 27 hours to go before the 21-time Grand Slam winner faces Alexander Zverev in the Roland Garros semi-finals.

“I see it well. The truth is, Rafa is in the semifinals, winning five games. The last one, you already saw. And the truth is that we are very happy”, says the former tennis player, who is not surprised with Nadal’s performance. “With him, our expectations are always very high. We know that he can give what he is giving. It is true that it has been an atypical clay season, but hey, it’s Rafa Nadal at Roland Garros and we know what’s up,” he warns.

Moyá has an argument to explain the qualitative jump in performance of the player from Manacor: “These great players depend a lot on the demands to which they are subjected. And sometimes they respond, almost always, and sometimes they don’t, but what has led him to this is that he has given his best in the moments that matter”. Charly sees Rafa “physically very well”. “Yes, that perhaps surprises us a little more than his tennis level.” Regarding Nadal’s enigmatic phrases that have sparked speculation about an early withdrawal, Moyá argues that “he comes from a difficult time.” “At certain moments it is normal that he can think what he has said. But I already said that I doubted that Djokovic’s would be his last match at Roland Garros, and I was not wrong. We hope to return here for more years.”

No to the euphoria

The Spaniard believes that his pupil “is playing very well” and sends out a hopeful message. “I have no doubt that the foot will last until the end of the tournament. For now, that’s how it is”. He will need it to beat Zverev, whom Moyá considers “a great champion”. “Despite his ups and downs, he’s always there and he’s a born competitor, he doesn’t cringe. We’re talking about a player who can come out of here being number one in the world.” Crossed the Rubicon of Djokovic to the whole world the illusion has been fired. And the Nadal team? “You are specialists in triggering euphoria, not you, not you, everyone in general. We believed in this a lot, but not because we beat Novak, we think that he has already won the tournament.” Really.