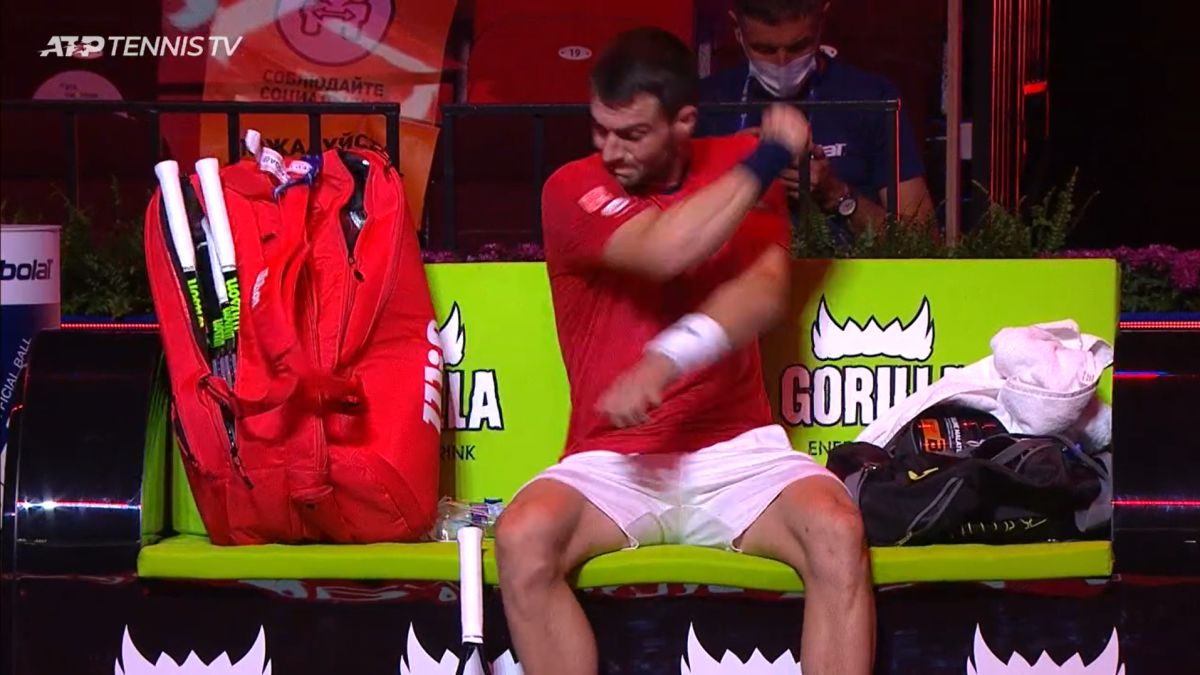 Pedro Martínez could do little, very little, or nothing this Friday in the quarterfinals of the Moscow Kremlin Cup to disturb Marin Cilic. The Croat, twice champion of the tournament (both against Roberto Bautista in the final), won by 6-1 and 6-2 in 62 minutes and will meet in the semifinals on Saturday the Lithuanian Ricardas Berankis, who beat the Frenchman Adrian Mannarino (6-2, 7-6 (1)).

Cilic, far superior, relied on his excellent serve to dominate Martinez, who had only one break option and did not take advantage of it. The Balkan, winner of the US Open in 2014 and former world number three, won 84% of points with first serves.

Cilic on the charge 💨

With two breaks in each set and 15 aces, Cilic ruled the match at will, while Pedro, upset and very angry with himself he was failing more than necessary on the other side of the network. However, he leaves Russia with a good result (his second quarters this year after those of Kitzbuhel) and, provisionally, in the position of the highest ranking of his career, 58.