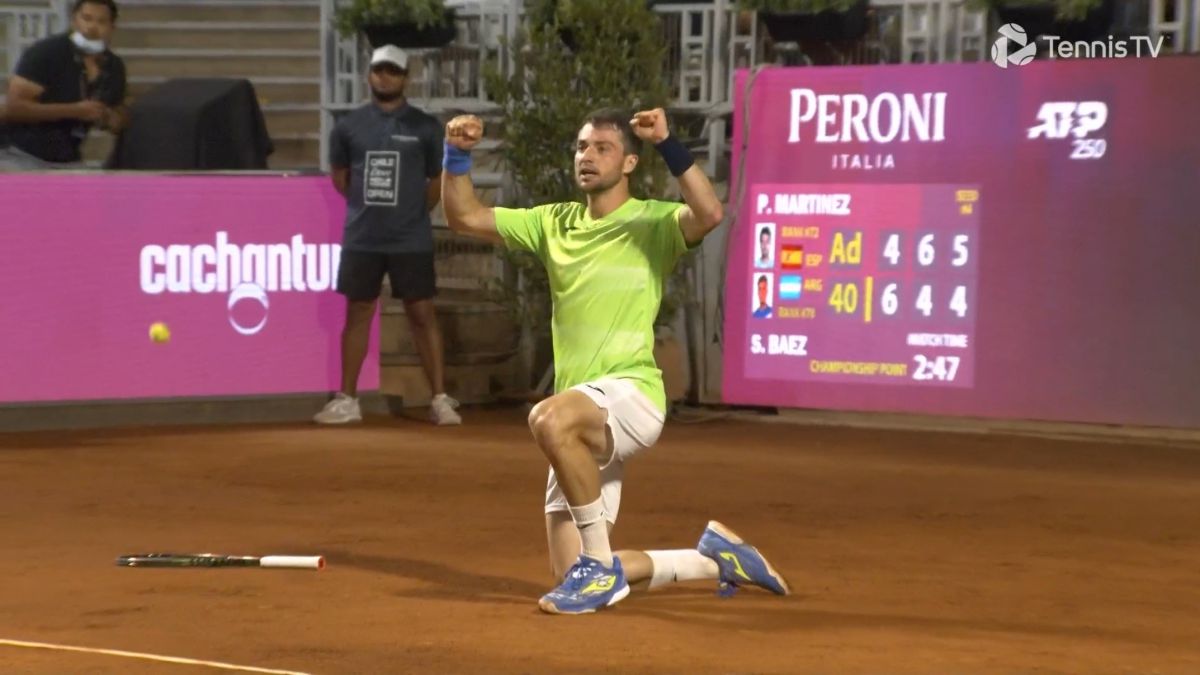 Pedro Martínez rounded off a fantastic weekend for Spanish tennis this Sunday in Santiago de Chile with his victory in the final of the ATP 250 in Santiago de Chile against Sebastián Báez, the icing on the cake after those of Nadal and Feliciano López in Acapulco. The Valencian came back, as he had done on Saturday in the semifinals against the local Tabilo, and won by 4-6, 6-4 and 6-4 in two hours and 48 minutes. This is his first title in the category at the second attempt, since last year he missed Kitzbuhel, where he lost to the Norwegian Casper Ruud.

“I am very happy. It was a great battle against an opponent who has been playing phenomenally since last year. I played very well in the last part. I tried to fight until the end and look for my opportunities,” said Martínez, the fourth player to debut his record this season after Auger-Aliassime, Bublik and Kokkinakis. Pedro, who had lost against Báez in the quarterfinals of the Zagreb Challenger in 2021, took revenge in a big way against a tennis player who accredited a 26-2 on Chilean soil since last year between Challengers and ATP tournaments, and who was a semifinalist at the last NextGen ATP Finals in Milan, where he could not beat Carlos Alcaraz.

Martínez is the 12th active Spaniard who can boast of having won a title and the fifth to achieve it this season, which is being especially brilliant for the Navy players, with the three trophies of Nadal (Melbourne, Australian Open and Acapulco), Ramos (Córdoba), Bautista (Doha) and Alcaraz (Rio de Janeiro), to which must be added the doubles won by Feliciano with Tsitsipas as pairs in the Mexican Open. The funny thing is that he is the oldest champion in the history of the tournament at only 24 years and 308 days.

The victory brings the tennis player from Alzira the best position in the ranking of his career, the 50 that he will occupy this Monday (his top was 58). It was not easy for him, because after losing the first set, he was down a break in the second. Luckily he resolved it immediately and broke for the final 6-4. In the third round the tables were turned and it was Báez who reacted to a break by Pedro, who had the audacity to take the victory to the rest. “I have given everything on very hard days and very hard-fought matches. I am very grateful to my team, to Gerard (Granollers, his coach)… these have been difficult months for me, thanks for betting on being here with me, my aunt and Vicente… “said, through tears, the winner, who will travel to Marbella to joining the Spanish Davis Cup team as a replacement for the injured Marcel Granollers who will play against Romania on March 4 and 5 in the qualifying round for the Finals.