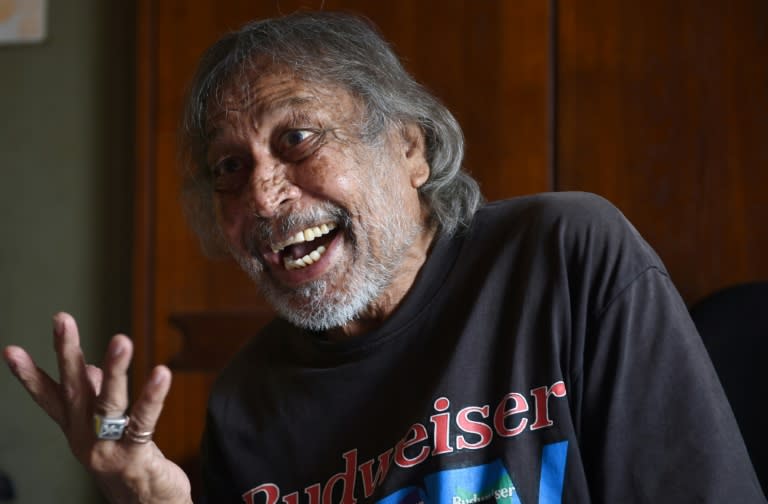 “When I hit him I had the impression of hitting a mountain”: thirty years later, the 1964 Indian bantamweight champion still remembers, in statements to AFP, that day in which he faced Mohamed Ali, the myth of the ring who died on Friday at the age of 74. Haroon Khan was able to test his strength against the legendary heavyweight during three three-minute rounds at a charity gala in Bombay in January 1980, the 72-year-old proudly recalls. “During that event, Ali shouted to the crowd, ‘Is there anyone here in India who would box me?'” he recalls. “Nobody was getting up, so I did, I raised my hand and said ‘I accept the challenge, I will box against you,'” he notes. Ali at first didn’t believe it and asked if he wasn’t afraid of her, but Haroon said no. “No, I am afraid of Allah, but I am not afraid of you. I am Haroon Khan. I am Indian. You are a boxer, I am a boxer, so let’s box,” was the response of the unexpected challenger. In the ring, “I felt like I couldn’t laugh, so I fought seriously. Ali was surprised by my level, but when he hit him he had the impression of hitting a mountain.” -Motionless- “Nothing happened. He didn’t move. He just kept smiling. I wondered what kind of man he was. How strong could he be to take the blows like that?”, adds Khan. Ali, retired in 1979 but preparing to put on the gloves again on a professional level, fended off blows in the first round, but people started shouting, “You’re not boxing! We want to see a fight!” “. The three-time world heavyweight champion then began boxing “seriously.” “He began to give me little blows. In just a minute and a half, half of my face was swollen,” says the Indian. “In the end he raised my arm and praised me in front of the public,” he points out, before stating that he was “a gentleman” (a gentleman). Khan had another chance to trade blows with Ali two years later, during an exhibition in the United Arab Emirates. “I was better prepared that time. I knew how he boxed. I protected myself,” he says. But he ended up hitting an impassive mountain again, a boxing legend that gave this Indian fighter the opportunity to have a story to tell throughout his life.