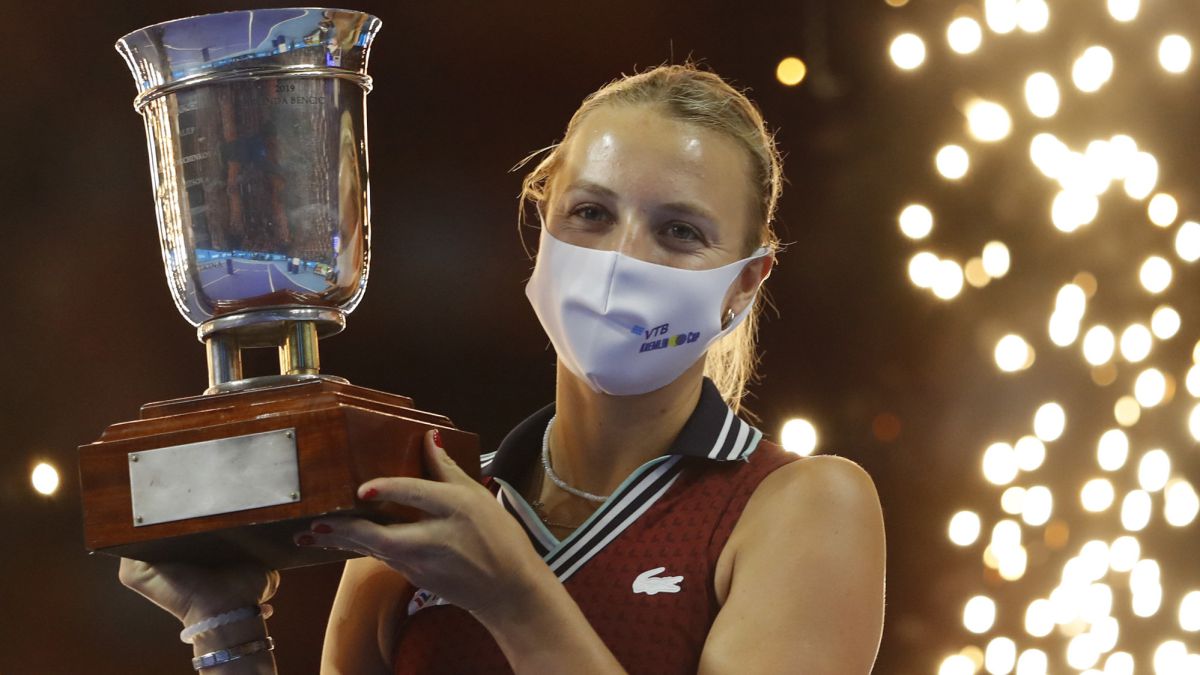 Estonian Anett Kontaveit, seeded number nine, won the Kremlin Cup this Sunday by defeating the great revelation of the tournament, Russia’s Yekaterina Alexandrova 4-6, 6-4 and 7-5. Kontaveit, who had eliminated the Spanish Garbiñe Muguruza in the quarterfinals, took a duel that was decided in small details. The Russian, number 37 in the world, started strong in the first set, but the Baltic tennis player turned the game around, largely thanks to her best rest.

The third set was a great battle in which both players had a chance to win, although the Estonian was the one that achieved the decisive break in the twelfth game. Kontaveit, 25, world number 20, had so far won three titles throughout his career and also reached the quarter-finals of the Australian Open in 2020.

The final of the last edition of the Kremlin Cup in 2019 faced the Swiss Belinda Bencic and the Russian Anastasia Pavlyuchenkova, with the Swiss victory in three sets. Last year the Moscow tournament, which distributes more than half a million dollars in prizes, tIt had to be canceled due to the coronavirus pandemic.