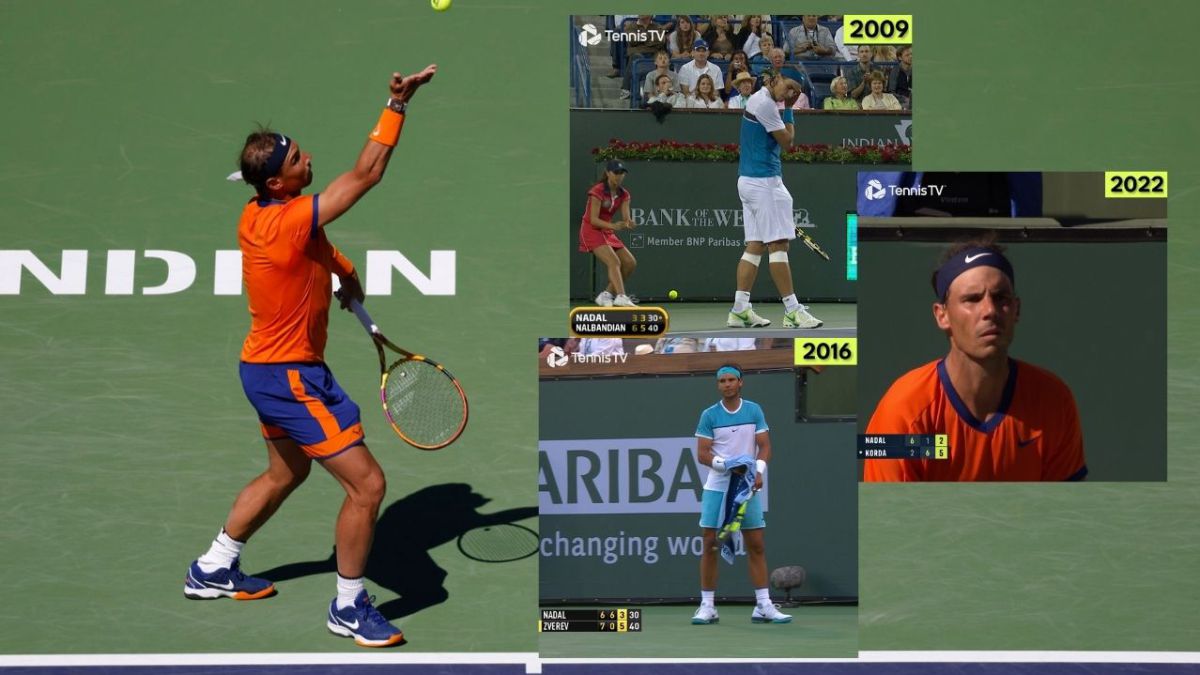 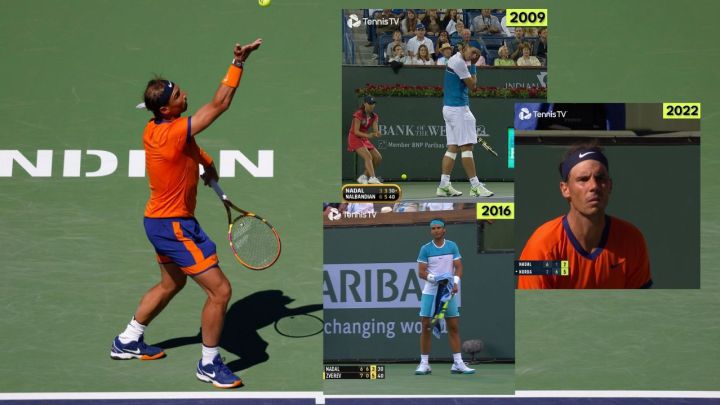 No one should be surprised, but it is impossible not to succumb to emotion. Every time Rafa Nadal steps on a tennis court, the license to imagine great deeds, epic comebacks and Hollywood scripts is total. That 3-6, 6-7, 2-3 and 0-40 that he looked on the scoreboard of the last Australian Open final against Daniil Medvedev, when the win predictor of the tournament only gave the Balearic Islands a 4% chance of winning, it is surely the best possible example. For the moment, its meaning and context, both physical and emotional. A comeback of the time, but one that adds to so many others. He has been doing it forever and it will always excite, no matter how many times it happens. It is one of the great virtues of sport, it is the ability of those human beings who are touched by the wand of genius.

After the Russian tennis player, who must reach the quarterfinals of Indian Wells to keep his number one in the ranking, Sebastian Korda. This time, 5-2 in favor of the American player in the third set. The algorithms, fearful of denying Nadal’s heroic ability again, did not show percentages of possible victory, but, again, they would have been very low for the Spanish tennis player. His is beyond all logic. At least in mathematics. Korda, after a disappointing first set and an excellent second, could not contain the gale when he only needed one last touch of grace in the third. “I thought I lost, so… And in Australia I had a very similar feeling. But that doesn’t mean I won’t keep trying or keep fighting.”, explained, after the duel, Rafa. He never gives up and, more times than conceivable, finds a prize. Especially in Indian Wells, where his suitcase of the impossible already holds several iconic images.

Nalbandian and a championship comeback

The American Masters 1,000 did not take long to discover Nadal’s indescribable ability to turn adverse situations around. The Balearic tennis player, with three Indian Wells trophies under his belt, triumphed for the first time in 2007, beating Novak Djokovic in the Serb’s first Masters Series final. The second title, in 2009, came with an impossible comeback included. It was in the round of 16, against a David Nalbandian who could not take advantage of any of his five match pointsand served as a prelude to the final coronation, against Andy Murray.

With 3-6, 3-5 and 30-40 on the scoreboard, Nadal made magic for the first time on the American night. “I don’t know how I won. I’ve been lucky enough to play well on difficult points and that’s where the game has changed”, explained Rafa, at the foot of the court, watching an incomprehensible 3-6, 7-6 (5) and 6-0 in the luminous Nalbandian, who had defeated Nadal in his two previous matches (Paris and Madrid), he mentally tuned out after the tiebreaker in the second set and collapsed. In the five subsequent clashes between the two, he could not beat the Balearic tennis player in any.

During the quarantine caused by the COVID pandemic, Alexander Zverev, current number three in the world, kept a friendly video chat with fellow NBA champion Dirk Nowitzki. In the conversation, some of the greatest sports intimacies of both figures were revealed. Among them, the last time Zverev had cried on a tennis court. When asked about the Dallas Mavericks legend, Alexander did not hesitate: 2016, Indian Wells, third round… against Nadal. The reason, a 6-7, 6-0, 3-5 and 40-30 that, on serve, did not know how to close.

“I was 18 years old and had never beaten a world top-10 at that time. Rafa’s would have been the first. He was devastated, devastated. I felt finished,” Zverev explained to Dirk. With the previous marker, the German had a volley, in an unbeatable situation, that crashed into the net. After her, he did not win any points again. One of the toughest episodes of his career, according to himself, which, however, was framed in a brilliant year: in 2016, Zverev won his first ATP title and entered, for the first time, in the Top-20 of the ranking. Unforgettable, like the thousand lives of Nadal.