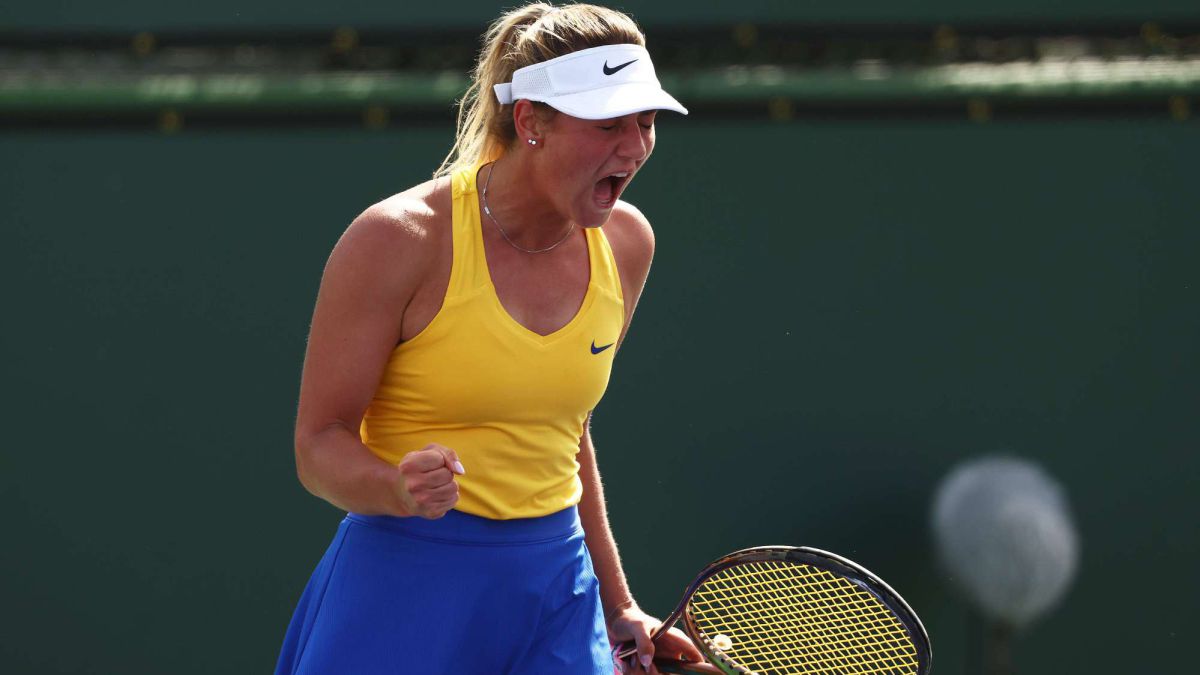 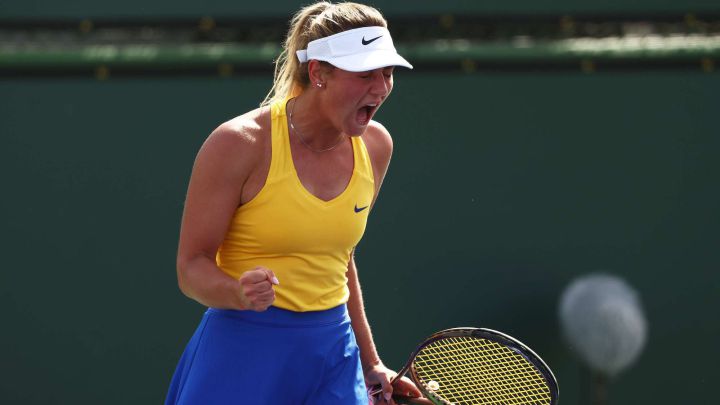 Marta Kotyuk starred in one of the most emotional moments of the day this Thursday at the WTA 1,000 in Indian Wells after her victory against the Belgian of Ukrainian origin Maryna Zanevska after a battle of more than three hours that fell on the side of the Ukrainian, who could not avoid tears at the end of the match having to be consoled by her rival.

In a press conference Kostyuk confessed the difficulty he went through before playing the game. “Given the mental state I was in at the time, it was very difficult to go out on the track. I didn’t know how I would be. When I woke up this morning I said to myself: ‘I’m not going to make it, I’m not going to win.’ Throughout the game I tried to find solutions. Zanevska played very well, but my goal was to fight, and I did. It was a difficult comeback, I couldn’t believe it with what is happening in my country.”

The Ukrainian also highlighted the support she has received from other players from her country. “It helped me to come and see other Ukrainian players suffering like me, sharing our experiences and our feelings. The first days my whole family was in one house. If something had happened, I would have lost them all at once, it scares me to think about it. You go to bed without knowing if you will still have a family when you get up. Now we’ve gotten used to the situation.”

Kostyuk also took the opportunity to charge hard against the Russian tennis players, since none have apologized for the invasion carried out by their country. “Since the beginning of the war I have felt quite supported by my team and I thank God that my mother was able to accompany me in Indian Wells. What disappoints me is that no Russian player has come to see me or told me that they are sorry for what their country is doing to mine. They wrote to me but did not apologize to me. That shocked me. It hurts me every time I get to the courts and see these Russian players. They just talk about how they can’t move their money! That is unacceptable. Why do they behave like this? I do not know. And I don’t agree with letting the Russians play without a flag. Look what they have done in other sports.”

The young Ukrainian tennis player also harshly criticized Vladimir Putin and highlighted the revolution in Ukraine against the pro-Russian government in 2013 and 2014. “In the morning I read the news and talk to my family to see how they are. Ukrainians have always been strong and fought for our freedom. That Putin, who is in a bunker right now, decides that we join his country, has been a serious mistake. I was in the Kiev revolution in 2013 and 2014, I remember how united we were and how we managed to change the government. That Putin thinks that we are going to join Russia is a mistake that he is going to pay for. It’s amazing what our army is doing. Two weeks have passed and they haven’t taken a big city. There are deaths and many houses destroyed, but I have never been more proud to be Ukrainian.”

Finally, Kostyuk made a statement in favor of the fight being carried out by the Ukrainian army and believes that the ‘No to war’ would mean a defeat for Ukraine against Russia. “You can’t be neutral in this situation. ‘No to war’ means a lot of things. We could end the war by surrendering, but that is not an option. From the first day I knew because I lived through the revolution and I knew that people did not want to join Russia. They are empty sentences. What do you want? What does Ukraine lose? Russia win or lose? I will say it a hundred times, Ukraine will not give up. We can lose, I don’t think so, but we won’t give up. For me the ‘No to war’ is to ask Ukraine to surrender, because Putin will not stop, everyone knows he is crazy.”