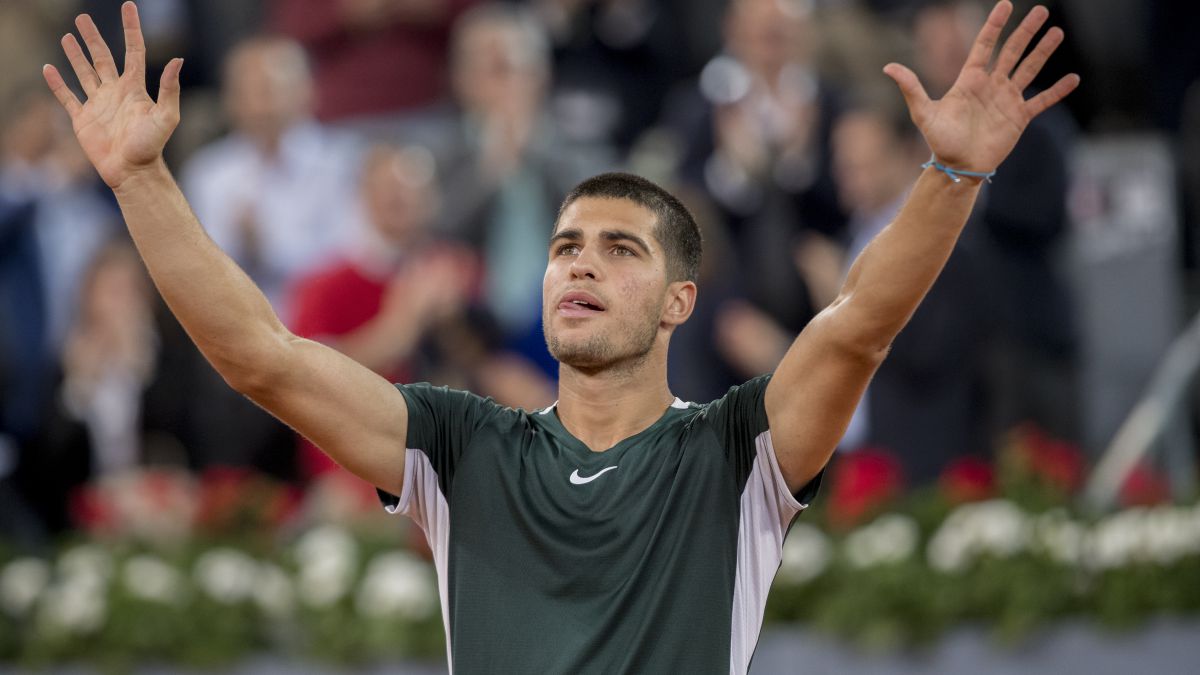 At night, at 10:50 p.m., and with a certain treachery in the programming, Carlos Alcaraz’s presentation match at the 20th edition of the Mutua Madrid Open kicked off at the Caja Mágica’s Manolo Santana stadium. Despite the hour, before a weekday, about 10,000 people remained on the track after the Raducanu-Kalinina of the women’s draw, which lasted two hours and 19 minutes. The occasion deserved it. In 2021, the expectation was less when the 18-year-old from Murcia swept Frenchman Adrian Mannarino in his debut (6-4 and 6-0 in 71 minutes). He was then 120th in the world and arrived with a balance of 6-7. This Tuesday he won 6-3 and 7-5 in 1h23 against Nikoloz Basilashvili already installed in the top-10 (he is 9th). His record in 2022 is 24-3 (leader of the year in wins together with Stefanos Tsitsipas) with the titles in Rio, Miami and Barcelona. And he is the favorite to lift the trophy in the Spanish capital.

On Thursday he will turn 19 and will face the winner of the match between the British Cameron Norrie and the American John Isner in the round of 16.with many options to go to the quarterfinals and meet, who knows if again with Rafa Nadal, like last year around this time and on the same stage, if the Balearic, who enters the tournament with a low profile and few expectations, exceeds its first two commitments.

The fact is that Alcaraz is a star with capital letters and not only for the Spanish fans who cheered him on the banks of the Manzanares. He has a fan club, supporters clubs and a plethora of followers who amaze with his drive, his drops (this time he didn’t do many) and the defenses with which he gets points that seem impossible to win. Thus he overcame the obstacles posed by Basilashvili, a little fearful player who already knew what it is to lose against the El Palmar prodigy. He suffered in the last Roland Garros, when he could only win ten games in three sets.

On this occasion the 30-year-old tennis player and 27th pressed more. He went ahead with a break in the first set, but then conceded 5-0 and lost it. He opened the second with another break and after Alcaraz’s response, another one was scored, also useless, because the Spaniard closed the match with a 4-0 in the blink of an eye. That is one of his strengths: the ability to escape from situations that are difficult to get out of without getting nervous, like that mythical movie character, Frank Morris, who played Clint Eastwood in 1979. “In the end you have to find the rhythm. That is the difficulty. He hits the ball a lot and achieves many winners, but he also misses a lot (34 unforced errors),” explained Charly, or Carlitos, as he likes to be called, who had a “little long” day. “I’m going to bed very late. Playing at this time (he finished at 00:13) is not ideal.” He was right. The question is whether it was necessary to make the many compete.