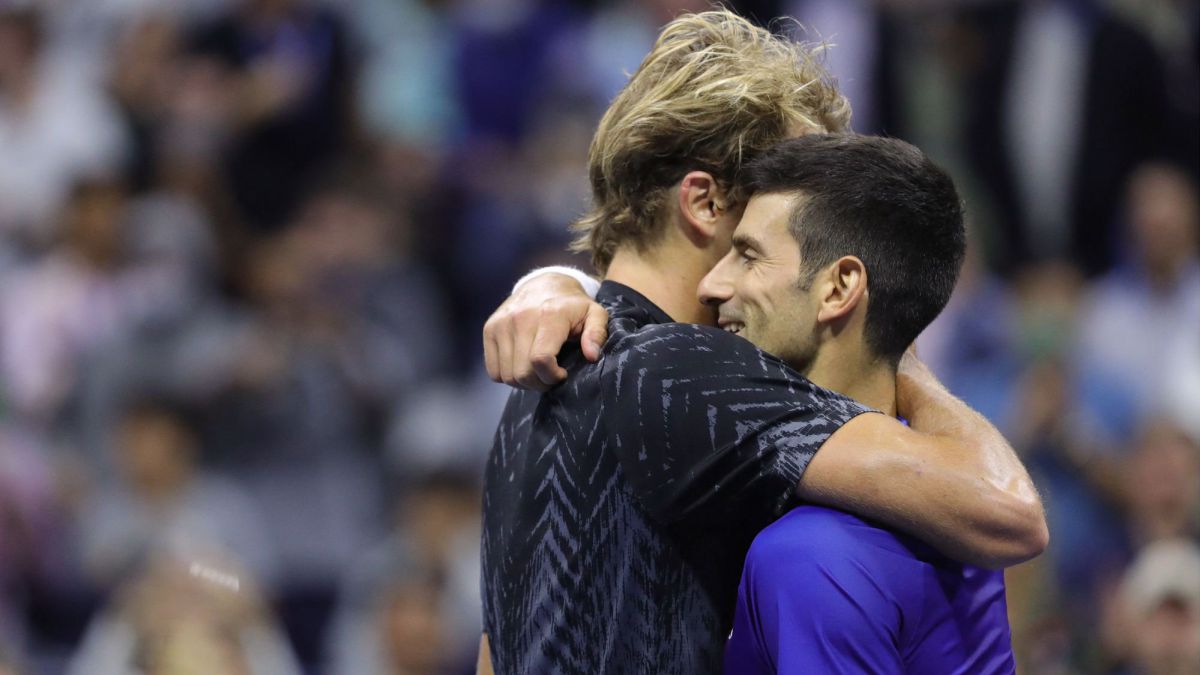 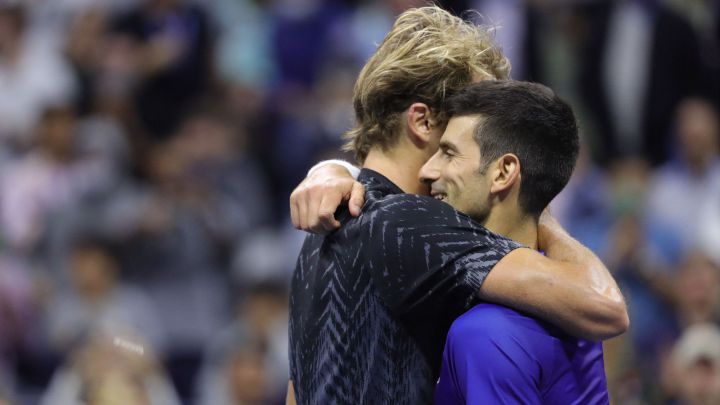 Novak Djokovic answered Patrick McEnroe’s questions on Arthur Ashe in an interview that was not wasted, deep, heartfelt and full of meaningful content. In which he began by thanking the public for the atmosphere they had created during their victory in the US Open semifinals against Alexander Zverev.

The Serbian continued with a defense at all costs to Stefanos Tsitsipas and his controversial bathroom trips: in which he defended Tsitsipas and his bathroom trips: “I don’t think he did anything wrong, I support him. The rule is not clear, it did not deserve the many attacks that came to it from the media ”. Then he praised his rival. “I admire Alexander on and off the track, he is one of my best friends on the circuit, we trained together in Monte Carlo, he is a great guy., a great teammate and also a great player ”, he said about the German, who kissed him on the head when the net greeted him after giving him a hug and dedicating a few words to him.

Is @DjokerNole the most mentally tough player in tennis history?

He takes us inside the 🧠 of a legend. pic.twitter.com/AiUfGDQYDT

Djokovic spoke about the “formula” that has led him to have a brilliant career. “Over the years I have developed one that works for me. There are many factors, many elements. There is not a secret potion or a single thing that stands out to say, this is the secret of success. It’s a combination of things, tennis is a very beautiful sport, but very demanding, and you have to have a balance of body and mind to compete for the biggest trophies. I feel blessed and I thank you for being on this stage for so long, “he added in a phenomenal speech, which culminated with a lapidary phrase to remember:” I’m going for the fourth US Open, I don’t think about anything else, although there, people already like me to talk about it (he said, referring to the famous records he can achieve). It’s a game and everything is there, let’s go for it. I am going to treat this next game as if it were the last of my career ”.