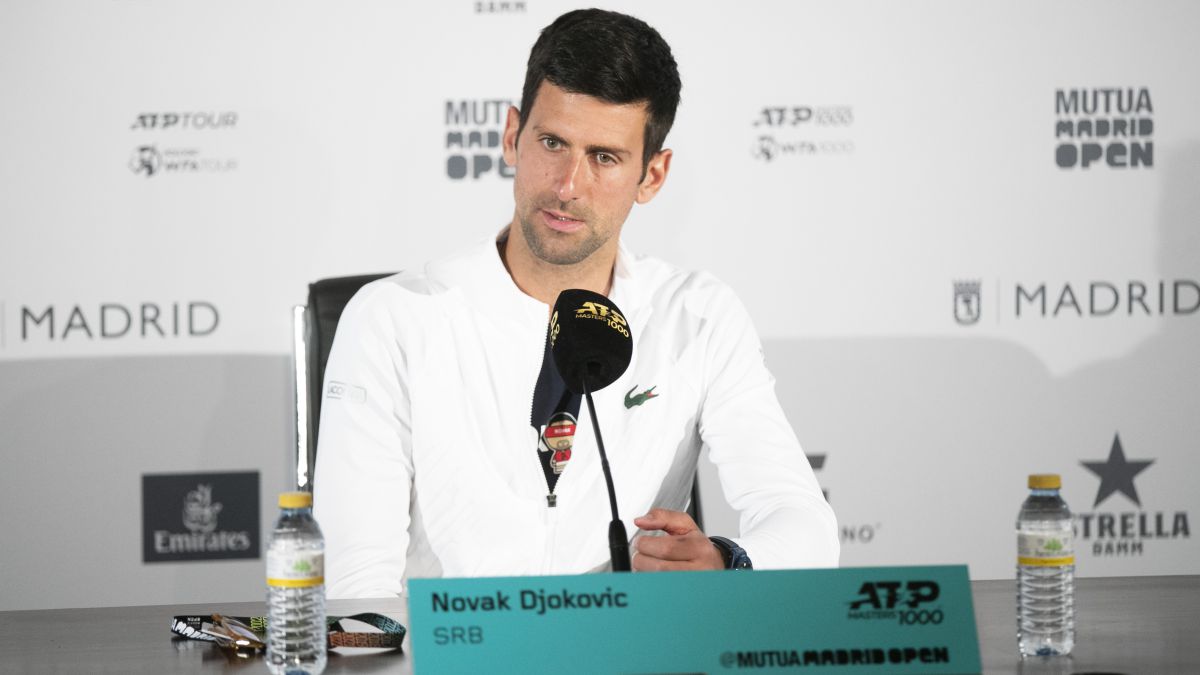 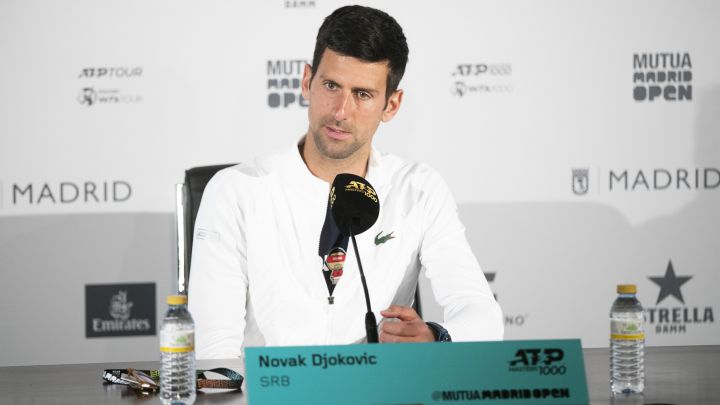 Novak Djokovic appeared this Sunday at a press conference after his arrival in Madrid on Saturday to start preparing for the Mutua Open. The Serbian, who has just lost the final in Belgrade against the Russian Andrey Rublev, did not want to reveal the illness to which he alluded there as the reason for his physical downturn and He said he’s feeling better and better hitting the ball, though not yet to the level he’d like.

Belgrade: “I could have easily lost in the first match of the tournament and in the end I played four sets matches of three and two and a half hours each, so good, because I was looking for competition rhythm, spending more time on court, and that’s what I obtained. Playing finals is a good result and I have to be positive about it. I didn’t like the way I finished the tournament in the third set, again similar to what happened in Monte Carlo. Physically, I ran out of gas. The good thing is that I managed to play four long matches and I guess maybe that’s what wore me down in the end. But I like a lot of things about the way I hit the ball, even though it’s still not at the level I want. It’s a process, and I have to be patient. Hopefully things will progress in the right direction this week as well.”

Physical and mind: “This is more of an issue on the mental and emotional side. I have never experienced anything similar to what I experienced earlier in the year, and I didn’t know how it would affect me. I still have to deal with it to some extent. It’s not as powerful as it was in the first two, three months of the year. I feel like the more I play, the more I’m in this environment, the more comfortable I feel. But lacking games and this kind of atmosphere in those circumstances was not easy. I had to deal with a lot of things mentally. So I’m happy to be back in terms of being able to play tournaments and being clear on the schedule, where do I need to go, where can I go, where can I peak and where do I want to peak. On clay, the goal is Roland Garros, and then I can also be in London, at Wimbledon, which of course is a very important tournament for me. I am happy that in the next few months I have an understanding and clarity of where I can play. So I hope I can get the best out of myself, particularly at the Grand Slams.”

Reasons for losses: “It’s not the lack of games. The lack of matches affects my ability to play at a certain level and perform, but this was related to that illness I had a week before the Monte Carlo tournament. I knew that I wasn’t really 100% ready for that tournament, but still, I wanted to play because I really wanted to rack up some matches and play in Monaco, where I resided for many years. So I guess there are still some traces of that left in my system, which I guess comes to light when I’m really in physical trouble. But it was different in Belgrade than in Monaco, as I said. Knowing that I played four matches of almost three hours and long battles of three sets, gives me enough reasons to believe that I am going in the right direction. I’ve had a really good week of training now, where I put more emphasis on physical fitness and building endurance, because that’s what it’s going to take to compete with the best on the slower, more physically demanding surface of our sport.”

Without points: “Anything is possible, but I really doubt there is no point, you know, at Wimbledon. Probably the most realistic option is to protect the points of Russian and Belarusian players who are not playing. Once again, anything is possible, so we have to wait and see and discuss. Wimbledon and the Grand Slams are more than just tournaments where you earn 2,000 points if you win. There is history behind. So for me, Wimbledon was always a dream tournament when I was a kid. It won’t change. But it will be a ripple effect later on as well, I mean how that will affect the post-Wimbledon qualification system. I think in this particular situation, you’re not going to have everyone happy, so there’s going to be someone who’s going to suffer more, I guess negatively in terms of points and more maybe some other players.”